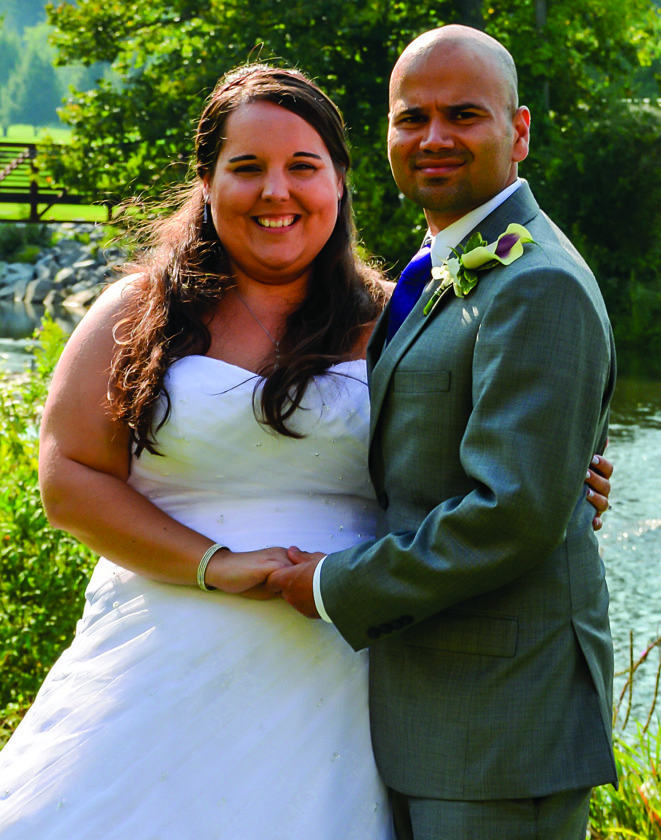 Jessica Lynn Kneedler and Mayank Nautiyal were united in marriage on Sept. 10, 2016. The 2 p.m. ceremony was performed by Minister Tracey Showers at the mother of the bride’s home in Beech Creek.

Jessica is the daughter of Sandra Kneedler of Beech Creek. She is a 2001 graduate of Central Mountain High School and a 2006 graduate of Pennsylvania College of Technology. Jessica is employed as a Project Manager in Sandy Springs, Ga.

Mayank is the son of Rekha and Durga Prasad Nautiyal of Dehradun, India. He is a 2003 graduate of St. Thomas College, a 2008 graduate of G.B. Pant University of Agriculture and Technology, and obtained his master’s degree in Biological and Agricultural Engineering from North Carolina State University in 2010. Mayank is employed as a Manager of Data and Decision Science at Coca-Cola in Atlanta, Ga.

The bride’s maid of honor was Kylee Smith, the bride’s niece. The best man was Aditya Nautiyal, the groom’s nephew.

A rehearsal dinner was hosted by the bride’s mother, at her home in Beech Creek, and the reception was held at Haywood’s on the Green in Mill Hall.

The couple will celebrate their union at a reception in Dehradun, India, in January 2017 and are planning a honeymoon later that year. They currently reside in Dunwoody, Ga.