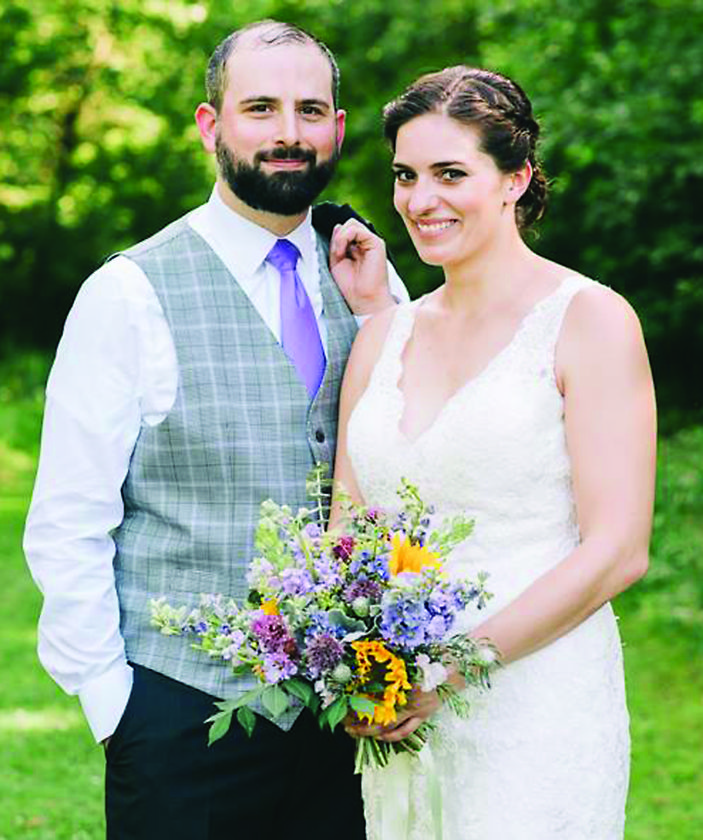 Kelli Rowedder and David Rogge, both of Washington, D.C., were united in marriage June 17, 2017. The Rev. Dr. Laura Lee Morgan, of Littlestown, Pa., officiated the outdoor ceremony at the Lodge at Little Seneca Creek in Boyds, Md.

The bride is the daughter of Martha and Dr. Mark Rowedder, of Mill Hall. Kelli graduated from Central Mountain High School in 2001. In 2005, she received her BA in English and Communications from the University of Delaware and received her Master’s in Teaching English to Speakers of Other Languages from the Institute of Education, University of London, in 2012. She is employed by Johns Hopkins University’s Cary Business School as Assistant Director of the English Language Program.

The groom is the son of Susan and Dr. Rod Rogge, of Virginia Beach, Va. David graduated from Princess Anne High School, Virginia Beach, in 2001 and received a bachelor’s degree in Spanish and Psychology from the University of Virginia in 2005. He is employed by Hogan Lovells Law as a Conflict Supervisor.

After a trip to the Canary Islands and Morocco, the couple reside in Washington, D.C.