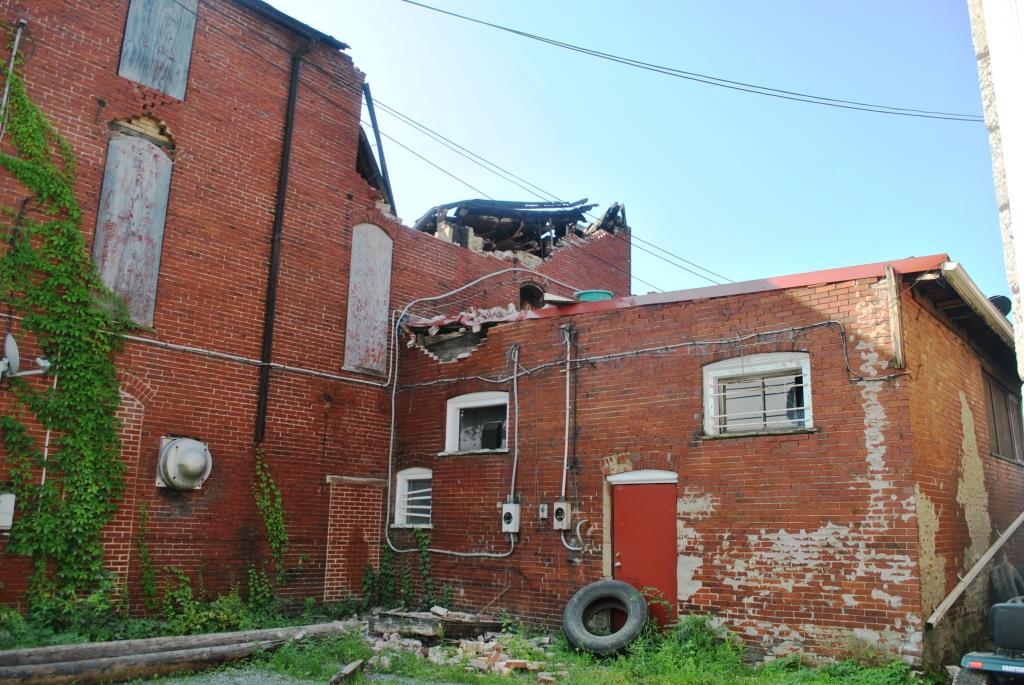 This photo taken July 2 at the rear of the former Town Tavern in downtown Lock Haven shows what appears to further collapse of the building's roof.

Thanks to a tip by Bill Bovier, The Express community newspaper this morning took this photo of what appears to be a further collapse of the roof at the vacant Town Tavern building on Bellefonte in downtown Lock Haven.

The roof had a hole in it as far back as last winter.

In a post on social media, Bovier said he was closing the Covenant United Methodist Church behind the tavern building on Sunday morning when he “heard an odd rumble. After looking around, I noticed the Town Tavern roof had collapsed. Is this new? Is the building self-demolishing? Will this save the city money?”

The city Code Enforcement Department sent Mayes a letter May 8 requiring a report on the integrity of the building.

That letter requires “a structural analysis of the roof system as well as the structure.”

The letter stated, “The large hole in the roof system that continues to worsen is allowing a significant amount of water and other natural elements to enter the structure, thus causing a concern that the structural integrity of the roof/structure has been compromised substantially.”

The Express is making calls to the city for an update on the matter.

Three new case of COVID-19 was reported in Clinton County Thursday afternoon increasing the total to 48 cases, the ...

One more death at ManorCare-Jersey Shore

JERSEY SHORE - Another resident of ManorCare-Jersey Shore has died from the coronavirus, according to Lycoming ...