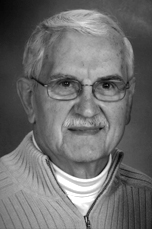 Born February 7, 1941 in Shamokin, he was a son of the late Howard and Rita Zelinskie Renn.

After graduating from Trevorton High School in 1958, he attended Bloomsburg University, graduating in 1962 and then continuing his graduate work there.

Daniel was a Special Education Teacher for Keystone Central School District, having taught at Beech Creek, Dickey and Robb Elementary Schools. Later he was employed by Woolrich Woolen Mill in the Electrical Department.

He was a member of Holy Spirit Parish, attending St. Agnes Catholic Church and serving in their Kitchen Crew.

He enjoyed helping with Community Nursing Flu Clinics, traveling on bus trips and cruises, reading assorted novels, gardening, crafting, and cooking- which he was quite good at.

Friends and family will be received at the church on Thursday from 10 a.m. until the time of Mass.

In lieu of flowers, memorial contributions in Daniel’s name may be made to the Alzheimer’s Association through the funeral home.