Summer road trip? Quarantines are crimping some US travelers 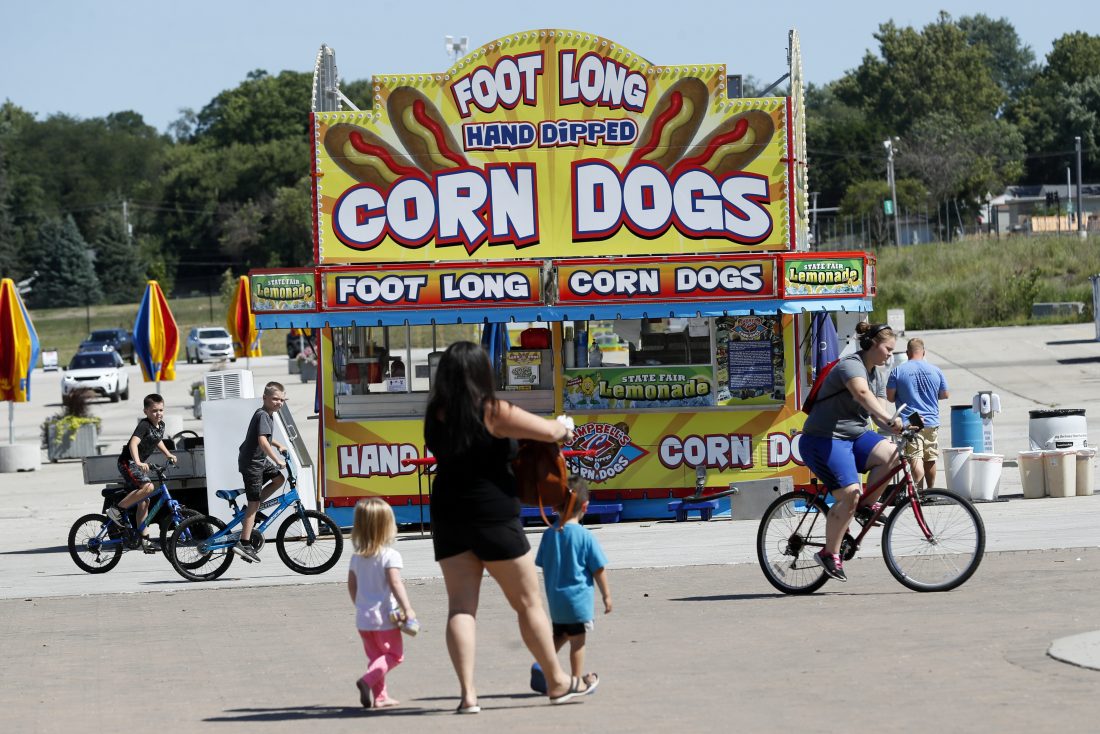 AP Photo/Charlie Neibergall, File In this July 28 file photo, Iowa state fairgrounds visitors pass a corn dog stand set up for the Taste of the Fair to be held this weekend in Des Moines, Iowa.

PORTLAND, Maine — Families trying to squeeze in a summer vacation before school starts better do some homework on COVID-19 restrictions before loading up the minivan.

The web of state and local quarantines is growing more tangled by the day: New York, New Jersey and Connecticut have ordered visitors from a whopping 34 states to quarantine for 14 days. Chicago and Washington, D.C., have each singled out travelers from about two dozen states. Other states have their own lists. Some have an option for visitors to get tested instead.

“Complicated doesn’t begin to describe it. I feel sorry for people. They just want to go to Cape Cod. They want to go to Vermont. I don’t know what to tell them. People are pretty much left on their own to figure out,” said Kathy Kutrubes, owner of a travel agency in Boston.

The restrictions — and maybe the confusion, too — are contributing to a sharp drop in travel, dealing a blow to a key industry.

Before the outbreak, Americans were expected to take 2.3 billion domestic trips this year, according to the U.S. Travel Association. But that’s expected expected to drop about 30% to 1.6 billion, the lowest level since 1991. Normally nearly a third of domestic travel happens in the summer.

Abroad, a drop-off in tourism from U.S. visitors and restrictions on crossing borders have also led many travel-related businesses to wonder if they will survive.

In other pandemic news:

— Britain put on hold the easing of some more of its virus-related restrictions with just a few hours’ notice because case numbers are on the rise for the first time since May.

— U.S. consumer spending increased in June a solid 5.6%, helping to regain some of the ground lost when the virus-related economic slowdown began in March. But the virus’s resurgence in much of the country could hamper further gains.

— Federal infectious-disease expert Dr. Anthony Fauci assured Congress that once a vaccine wins approval, it will become widely available within a “reasonable” amount of time.

The coronavirus is blamed for more than 150,000 deaths in the U.S. and more than a half-million elsewhere around the world.

When it comes to travel restrictions in the U.S., the situation varies widely. Many states have no restrictions whatsoever for domestic travel. But the number of states with quarantines is growing as governors move to protect residents amid flareups in places such as Florida, Texas and Arizona.

The results are confusing, to say the least.

For example, Maine requires Massachusetts visitors to either quarantine or take a test, but Mainers may travel freely in Massachusetts. Chicago’s quarantine order includes neighboring Wisconsin. But people who cross the state line for work are exempted.

In Connecticut, Paula Simchock and her husband are planning to hit the beaches in Delaware with their daughter en route to dropping her off at college in South Carolina. But because both of those states are on Connecticut’s quarantine list, they expect to have to isolate upon returning home.

“We’re definitely stir crazy. So we’re really looking forward to getting down to Delaware and enjoying our favorite restaurants and surf shop. We’re really excited about it,” Simchock said. “To see that it’s on the Connecticut hot spot list is disappointing.”