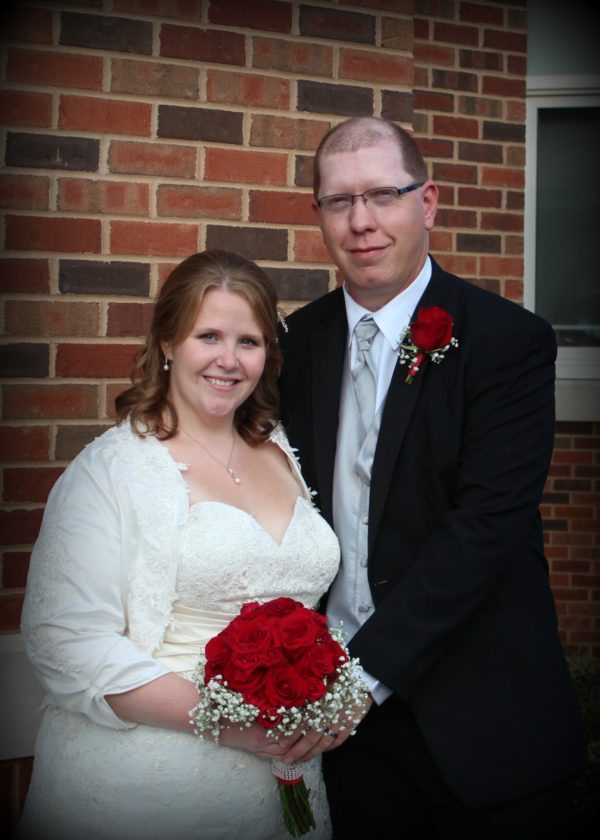 The bride wore a stunning ivory gown designed by Allure which was draped in lace with white buttons going from her back to the floor. She had a custom-made jacket to complement her gown designed by Diane Yorks of State College. She wore an elegant veil and hair clip to match.

A rehearsal dinner was held at Haywood’s On The Green, and the reception was held at the Durrwachter Alumni Conference Center. After a week-long honeymoon to Myrtle Beach, S.C., the couple is living at 2703 Dove St., Williamsport.

The bride is a 2010 graduate of Central Mountain High School and 2013 graduate of Pennsylvania College of Technology with an Associate’s degree in Health Information Technology. She is employed as an office assistant with Susquehanna Health Neurology in the Williamsport Hospital.

Her husband attended Williamsport High School and finished with his GED in 2002. He is employed with Logan Beverage as a driver.