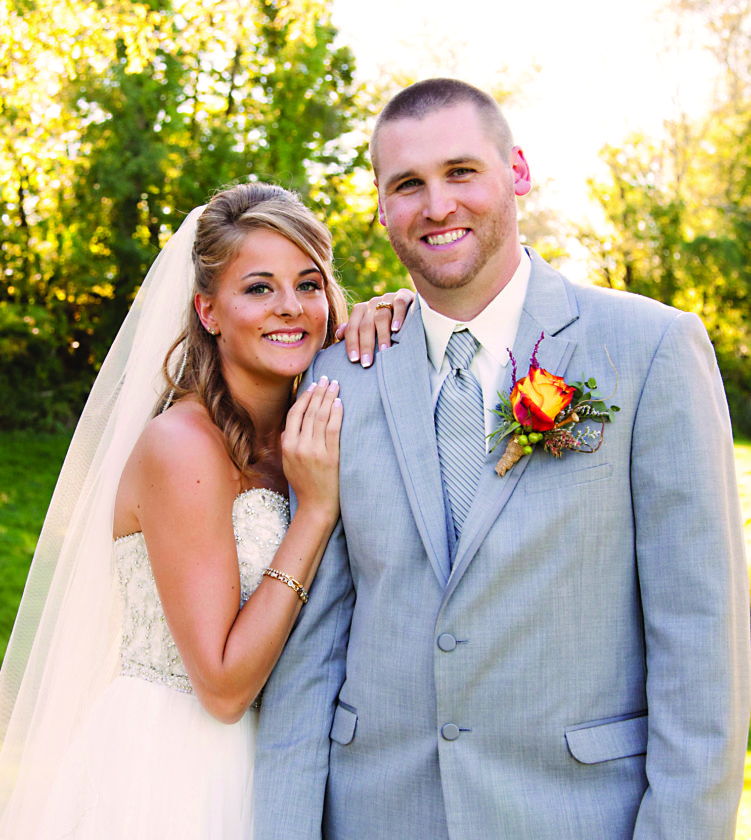 Miranda Sue Fink and Joseph John Simon were united in marriage on Sept. 24, 2016 at 3:30 p.m. Thomas Tarantella II, cousin of the groom, officiated at the ceremony which was held prior to the reception at The Farm on Beeber Drive in Muncy.

The bride is the daughter of James and Karen Fink, of Montoursville. She graduated from Montoursville Area High School in 2006 and received an associate’s degree in nursing from Pennsylvania College of Technology in 2015. She is employed by UPMC Susquehanna as a registered nurse in OB.

The groom is the son of Mike and Michele Simon of Renovo. He graduated from Bucktail Area High School in 2006 and received a bachelor’s degree in business administration from Pennsylvania College of Technology in 2010. He is employed by Fastenal as an outside sales representative, and is the head coach for South Williamsport Mounties varsity boys’ basketball team.

They were happily joined in marriage surrounded by their closest family and friends. The wedding party included:

Ring Bearer and nephew of the bride, Harvey Boyer.

Best Man and brother of the groom, Corey Simon, and groomsmen Bobby Spangler and Patrick Tarantella.