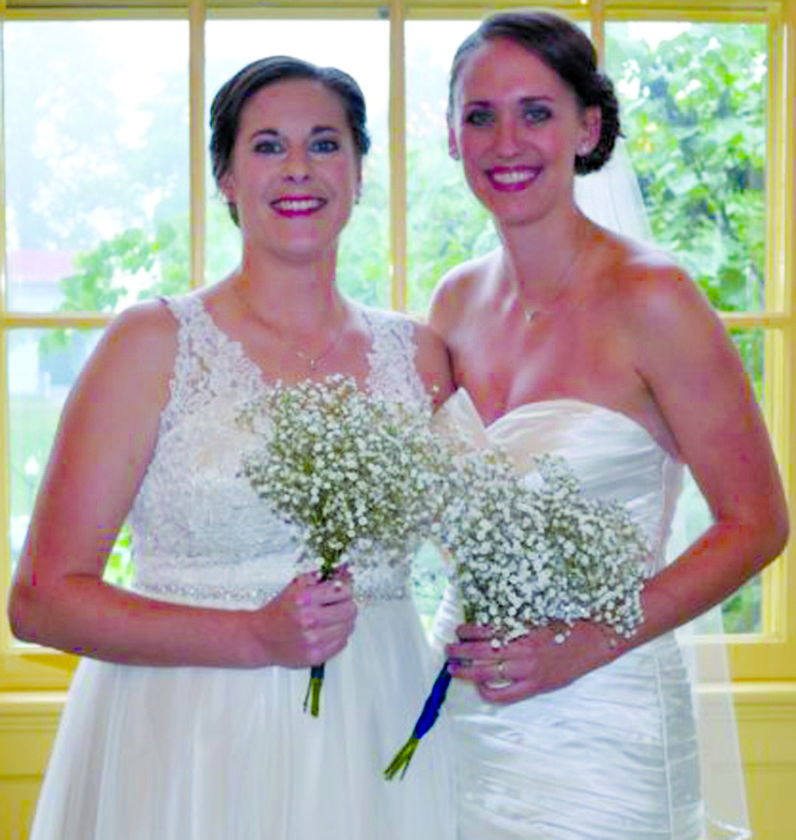 Abby Michelle Lawless and Elizabeth Leigh Herrington were married on Saturday, Oct. 1, 2016. Susan Hedrick, friend of the brides, officiated at the 5 p.m. ceremony at the Mansion House at the Maryland Zoo, in Baltimore, Md.

Liz is the daughter of Mr. and Mrs. Jeffrey Herrington of Kalamazoo, Mich. Anne Herrington, sister of the bride, was the maid of honor. Bridesmaids were Betsy Curtis, Brittany Dykla, Brittany Ghiorli, and Lindsay Millward.

Abby is a 2007 graduate of Central Mountain High School and a 2011 graduate of Lock Haven University with a degree in Spanish Education. She is a Spanish teacher at Thomas Stone High School with the Charles County School District in Maryland.

Liz is a 2003 graduate of Lakeview High School and a 2008 graduate of Michigan State with a degree in Secondary Education, English. She is employed as an English teacher at St. Charles High School with the Charles County School District.

The couple is living in La Plata, Md.

Old Photo Album: Out of the blocks

We will comeback with a vengeance, but ‘stay calm’ amid the storm