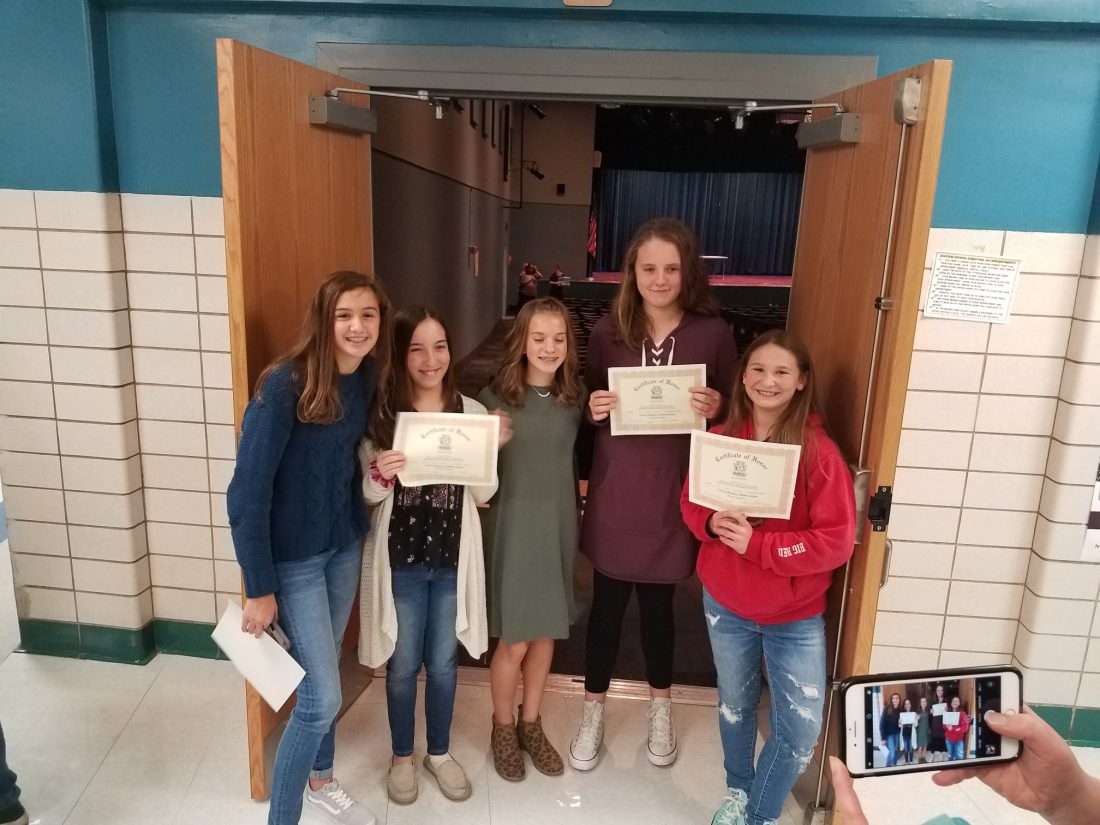 By: Paige Confer and Liana Dion

On the seventh grade night a total of 162 kids were awarded for their successes. Ninety-eight had High Honor Roll and 64 had Honor Roll.

They wanted to recognize the students’ hard work in their classes from the previous year.