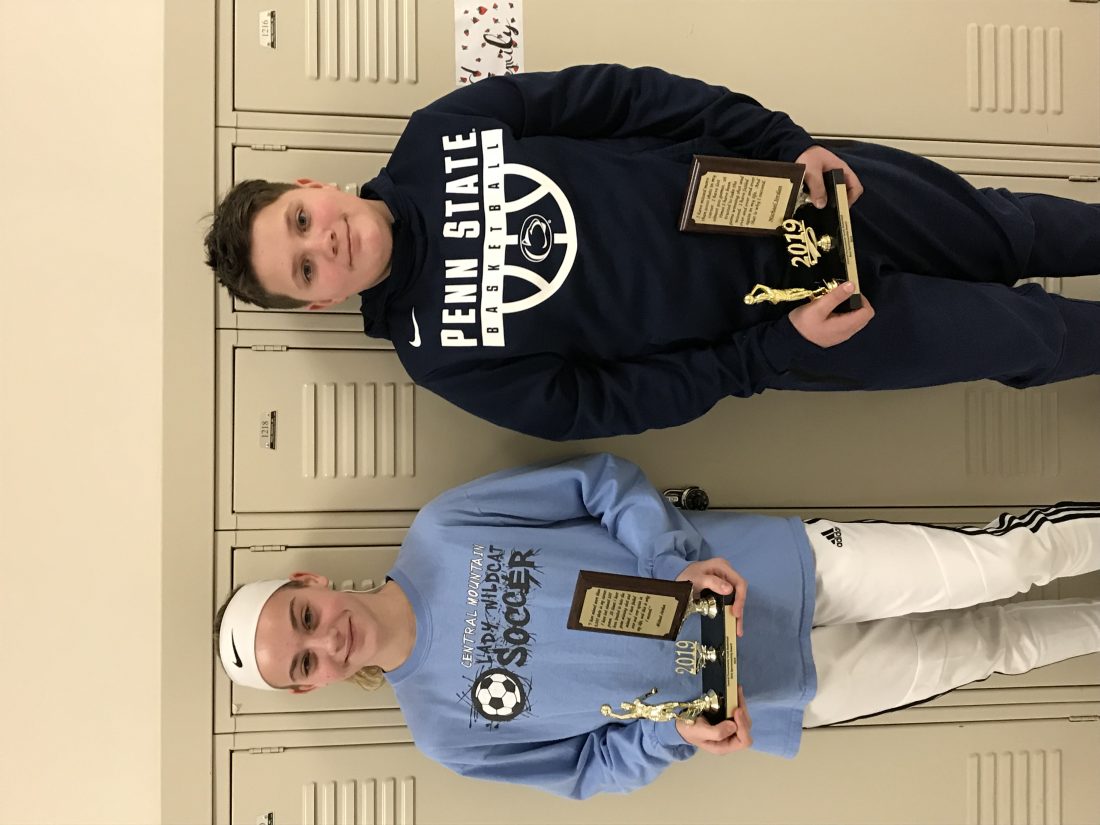 By Paige Confer and Liana Dion

Sixth grade students, Macy Plowman and Cooper Bottorf were awarded trophies for their sportsmanship as part of the Central PA Elementary Basketball Program.

Macy said, ”this award was important because my team only won two games.” Macy tried her best in every game and she is happy people saw that.

Cooper said, ”I am glad that I got the award because I love basketball.”

Macy also said she tried hard in 5th and 6th grade to be the best she can be. Cooper said it helped his self-confidence because he encouraged himself to do his best.