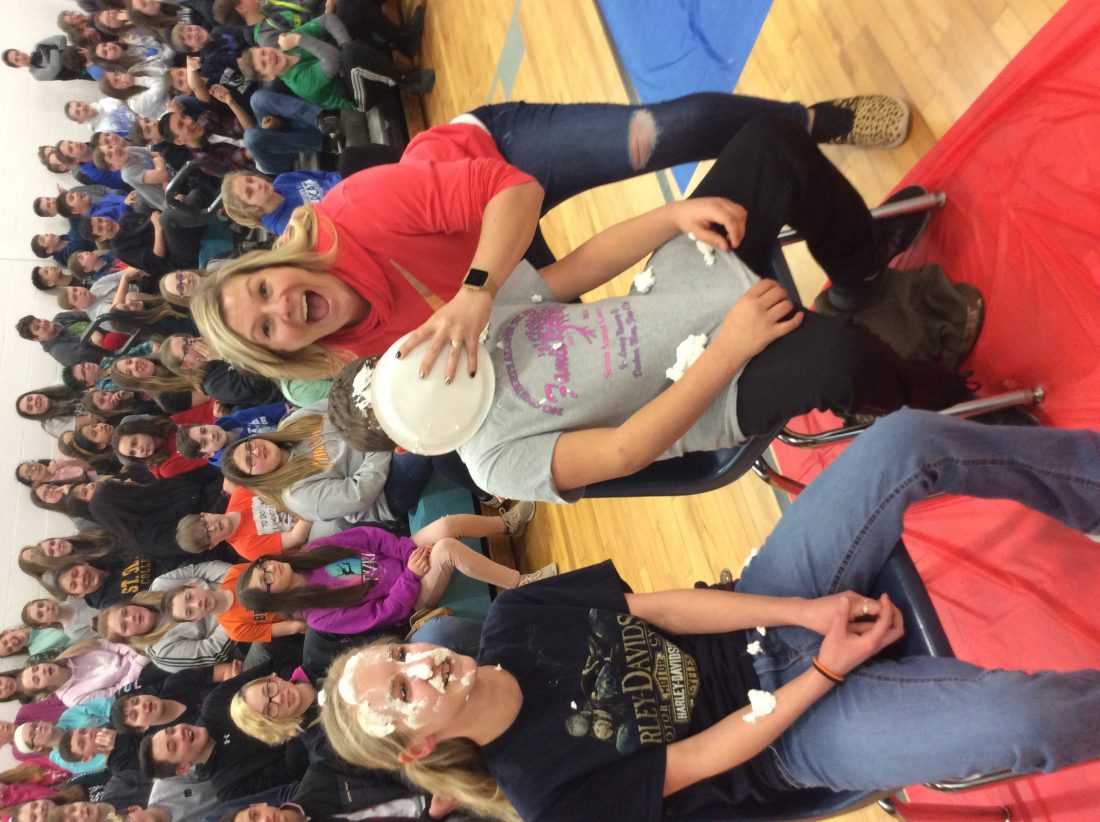 Ariel Wheeler sports a pie in her face, while Kole Phillips is “pied” by teacher Mrs. Renee Serafini.

By Liana Dion and Paige Confer

Dr. Seuss week is a celebration for his achievements.

Mrs. Onuskanich a teacher at Central Mountain Middle School has been doing the Dr. Seuss week for 18 years, but only 3 out of the 18 have been with CMMS.

March 1st was the kick off of Dr. Seuss week. Dr. Seuss’s birthday is Saturday, March 2nd and so we celebrate the spirit week during the week of March 4th to March 7th.

Monday, March 4th was Royalty Day- dress like a king or queen and act your very best to impress everyone you see. 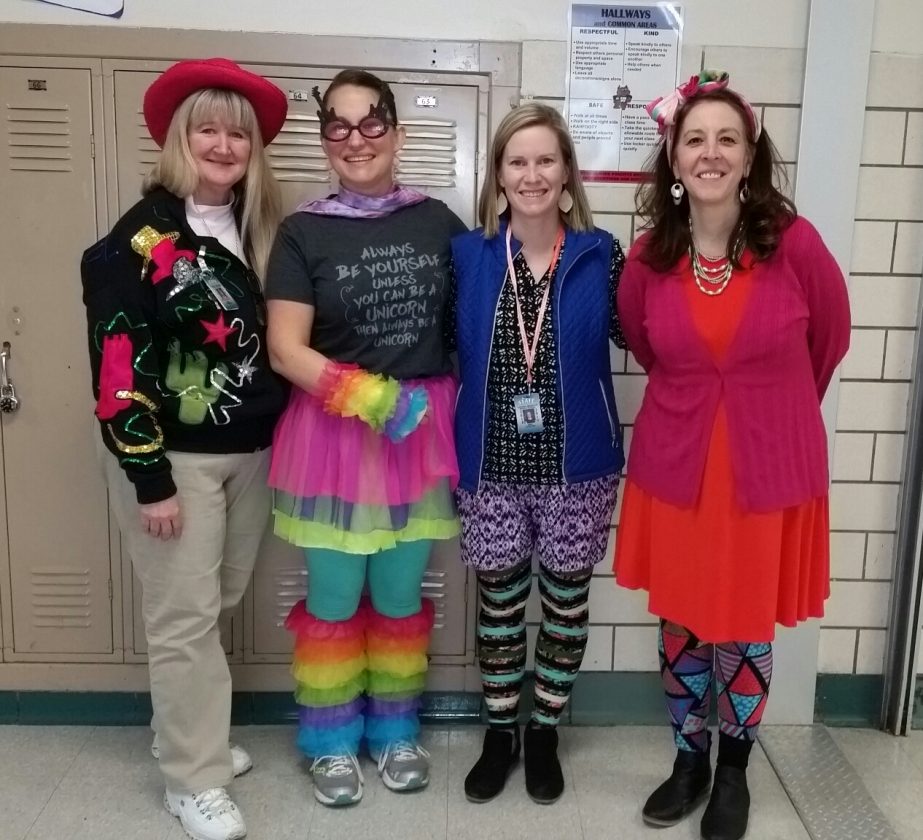 Tuesday, March 5th was Hat Day-magicians can think up lots of great things. Wear your thinking hat and see what great things you can do.

Wednesday March 6th-Celebration Day- wears something wacky and wild to celebrate Y-O-U. There is no one alive more you-er than YOU.

Thursday March 7th was Career Day- in the tongue twister, what would you rather be when you grow up? Dress up as anything you want to be, even an athletic trainer or someone who publishes books.

To go along with Dr. Seuss week there was a Minute To Win It assembly. During the assembly kids that completed a comprehension test on a book during the month of March got his or her name put into a hat to be pulled out of. If your name got called your were able to participate in one of the Minute To Win It games.

The games where based on Dr. Seuss books: the games and the books they were based on included: The cup stack challenge, which was based on the book The Cat in the Hat. In this game the students had 1-minute to create a striped pyramid out of cups like the cat’s hat. 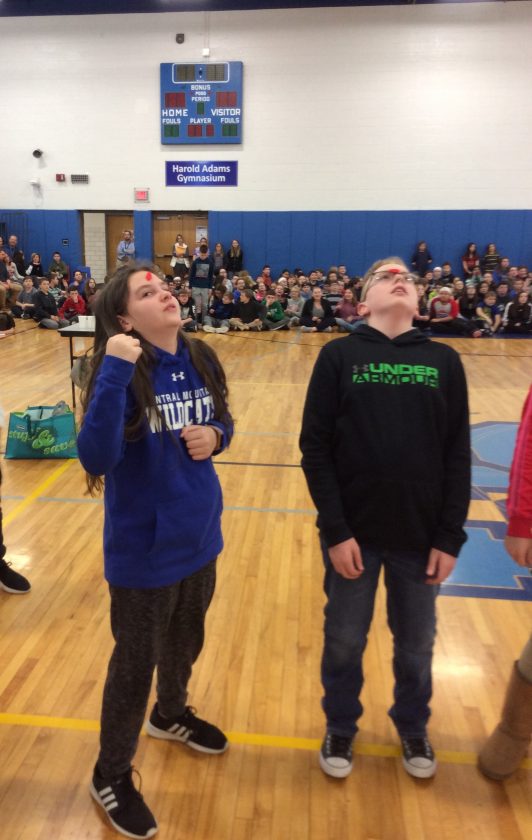 The second game was the ping-pong challenge, this was based on the book Scrambled Eggs Super. There were a series of cups filled with water. The students had to blow the ball to the cup on the end.

The next game was the fish face challenge and was based on the book One Fish, Two Fish, Red Fish, Blue Fish. The student got a Swedish fish placed on their forehead and had to get it into their mouth without using their hands.

The next one was the worm challenge and was based on the book the Bid Brag. In this game there were gummy worms placed on a plate and then covered with whipped cream. The students had to retrieve as many as they could without using their hands.

The last game was called pie face. This game was based on the book Happy Birthday To You. In this one a teacher will have 2 minutes to run across the gym and put whipped cream in two students’ faces.