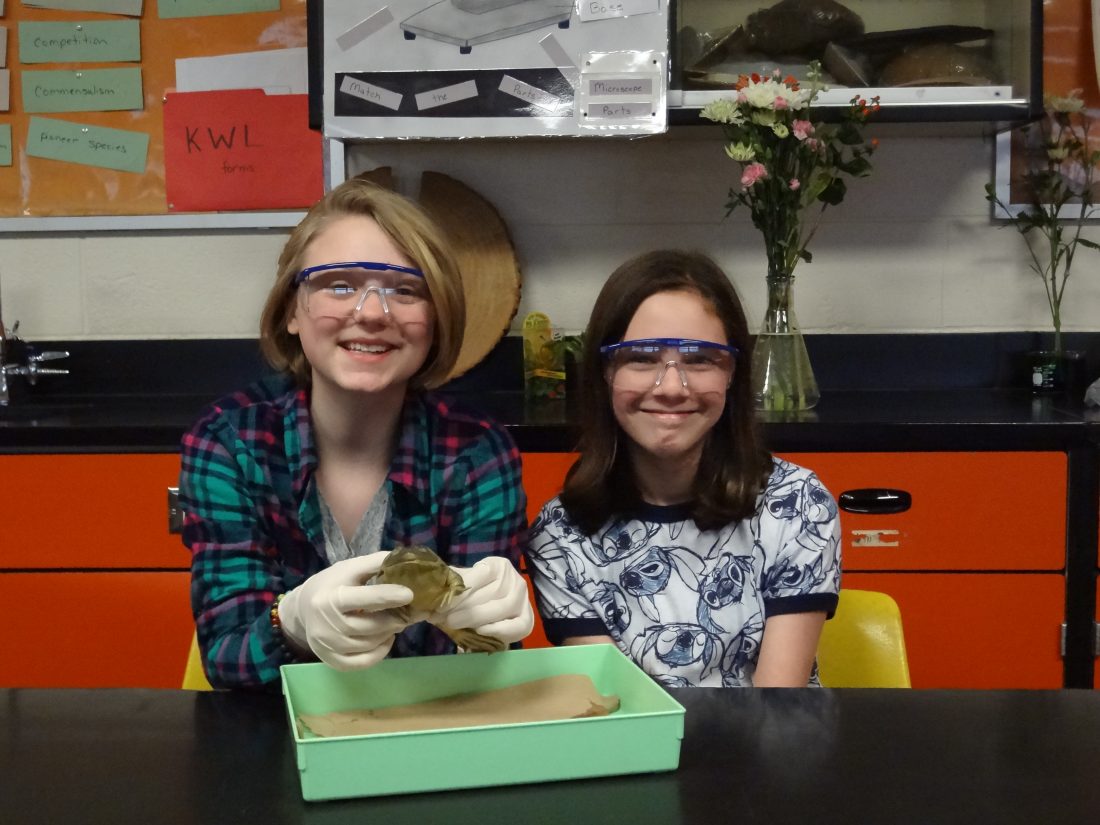 As the quarter comes to an end, 7th grade science teacher, Mrs. Nyman, decided to bring some fun into her classroom and introduce her students to the dissection of frogs.

“It helped reinforce structure and function of the body systems,” she says. Students had the choice to do an online dissection on the computer, or participate in the hands-on frog dissection.

Adalynn McKeague did the dissection hands on. “It was very interesting,” she excitedly stated.

Another student, Maille Fowler enjoyed the dissection as well. She said, “I liked seeing the inside of a living thing and examining the same body systems that are inside of us.”

Other students, however, did not enjoy the dissection as much as others and decided to do the dissection online. 7th grader, Malea Embick, said, “I don’t like dead things and the muscles look gross.”

We think it is a very helpful learning experience and hope Mrs. Nyman continues the dissection for years to come.