LANA MUTHLER/THE EXPRESS Bill Eisemann sits in a chair surrounded by his family, including daughter Christina McGinniss at right, and son David Eisemann on his left.

Nickelodeon via AP Joshua Dela Cruz who stars in the reboot of the preschool TV show “Blue’s Clues,” called “Blue’s Clues & You!”

AP Photo/Richard Drew, File The Walt Disney Co. logo appears on a screen above the floor of the New York Stock Exchange.

Lacey Terrell/Sony-Tristar Pictures via AP Tom Hanks as Mister Rogers in a scene from “A Beautiful Day In the Neighborhood.”

Photo by Evan Agostini/Invision/AP Director Marielle Heller, right, poses with Fred Rogers’ widow Joanne Rogers at a special screening of “A Beautiful Day In The Neighborhood” at the Henry R. Luce Auditorium.

PHOTO PROVIDED Cast and crew of “The Uninvited” who will perform on Nov. 22 and 23 at Jersey Shore Area Senior High School. 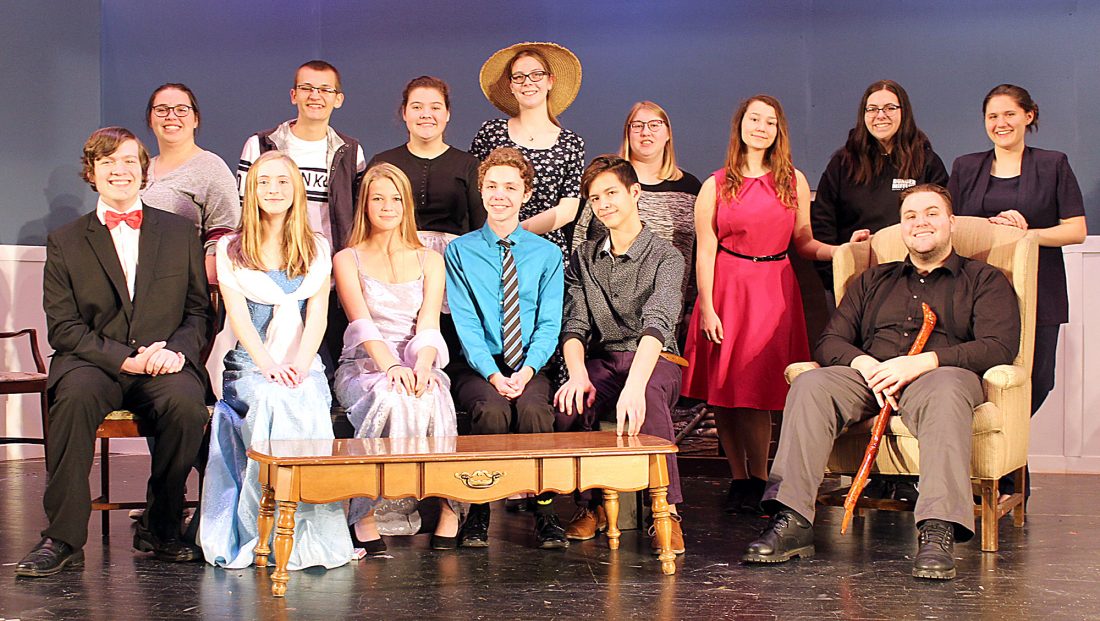 PHOTO PROVIDED Cast and crew of “The Uninvited” who will perform on Nov. 22 and 23 at Jersey Shore Area Senior High School.

JERSEY SHORE — Strange occurrences in a haunted house will bring plenty of suspense to audiences in the upcoming performance of “The Uninvited” by Tim Kelly.

The show is being performed Nov. 22 and 23 at 7:30 p.m. at the Jersey Shore Area Senior High School auditorium.

Directed by Michele Long, the play is presented by special arrangement with Dramatists Play Service, Inc., New York. Admission is $8 for adults and $5 for students. General admission tickets will be sold at the door.

Seeking to escape the demands of life in London, siblings (played by Adam Fox and Kira Bierly) purchase a charming house overlooking the sea from a young lady (played by Gabriella Zydallas) and her grandfather (played by Logan Garrett).

The new tenants, along with their housekeeper (played by Kate Moyer), soon begin to experience strange and eerie disturbances. To lighten the mood, the siblings have a housewarming party and invite their friends and neighbors (played by Brynli Brungard, Cale Blakely, and Artie Dammer). 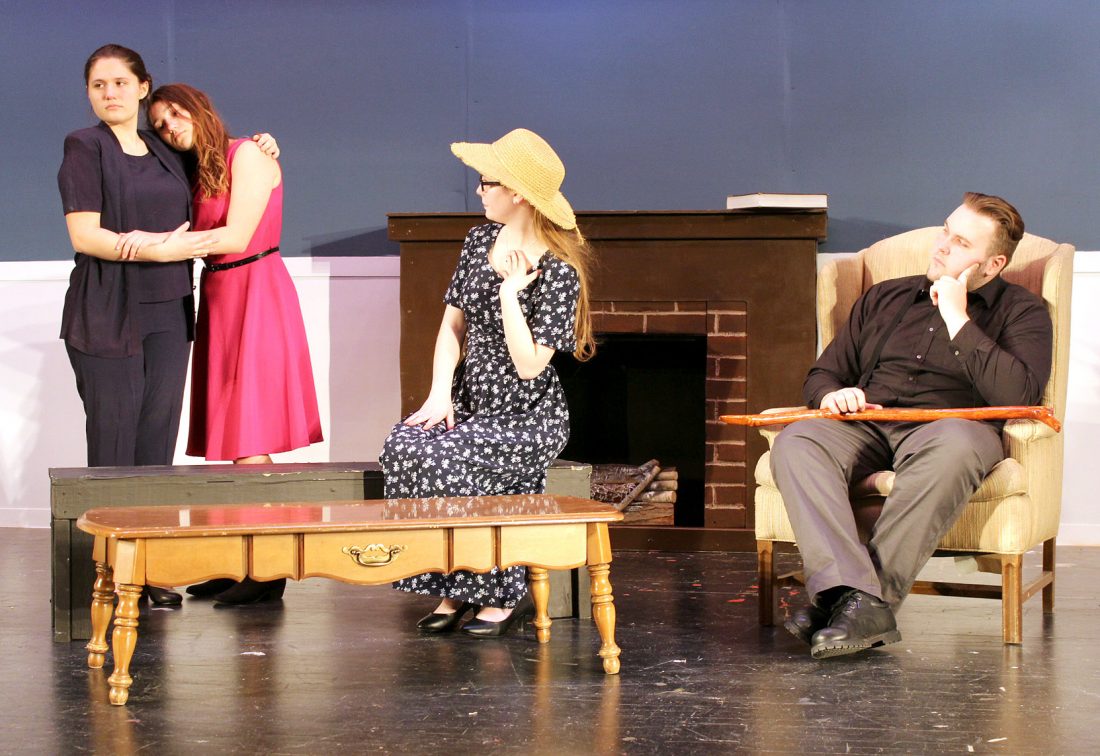 The plot develops while the disturbances continue during the party.

A nosy neighbor (played by Ana Tindell), a former governess (played by Arabella Fielder), and an unexpected guest (played by Emma Blakely) appear unannounced. To quell the disturbances, the guests then try to make contact with the spirits of the house, and many dark secrets are revealed.

The set construction was completed by Sarah Keim, cast, and crew. 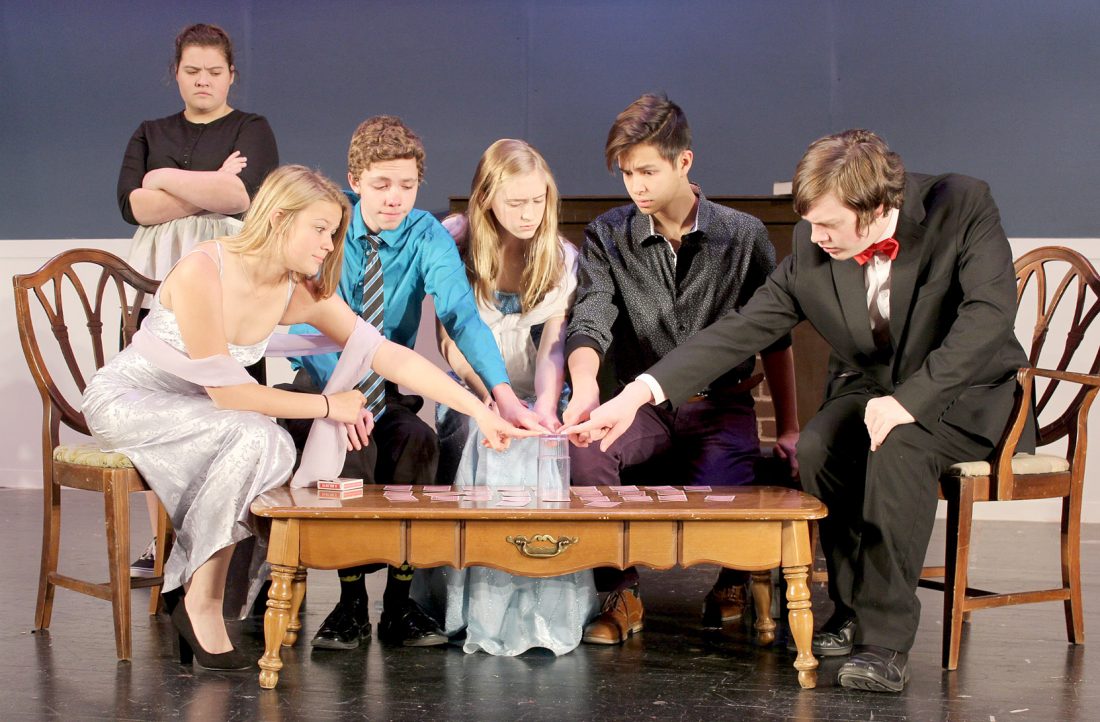 Roy’s front row reviews: 2020 Oscars highlight another year of diversity, but is it enough?

It has been a diverse year in movies once again and many film makers and actors have seen their star rise quickly ...

UNIVERSITY PARK — The Center for the Performing Arts at Penn State announces a call for proposals to create a ...