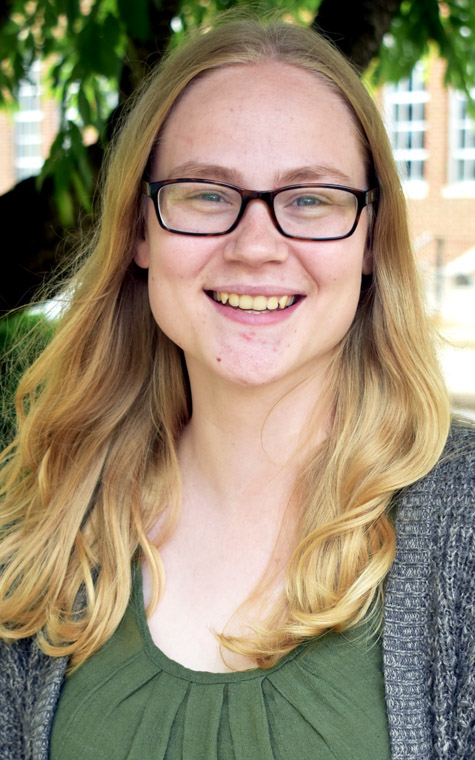 Looking back on all my movie reviews I’m starting to realize just how all over the map my tastes are. And once again that realization is cemented having gone from reviewing “The Goonies” last week to early 2000s cult classic “Bring It On” this week.

“Bring It On” was released in 2000 starring Kirsten Dunst, Gabrielle Union and Eliza Dushku. The film grossed over $90 million worldwide and has since garnered a niche group of fans. I happen to be one of them after finally watching the movie a few years ago.

On the surface “Bring It On” is a typical teen dramedy with the popular cheerleader faced with the ever-so-serious goal of making it to the national championships. But there’s definitely more to it than that in my opinion.

The film stars Dunst in the lead role as Torrance Shipman, a senior at Rancho Caren High School in San Diego where she recently became captain of the cheer squad. Torrance has five years worth of championships to live up to, after previous captain “Big Red” whipped their team into shape. Or so you think.

Of course things never quite go as planned in these movies when Missy Pantone (Dushku), a gymnast and transfer from Los Angeles, joins the teams. 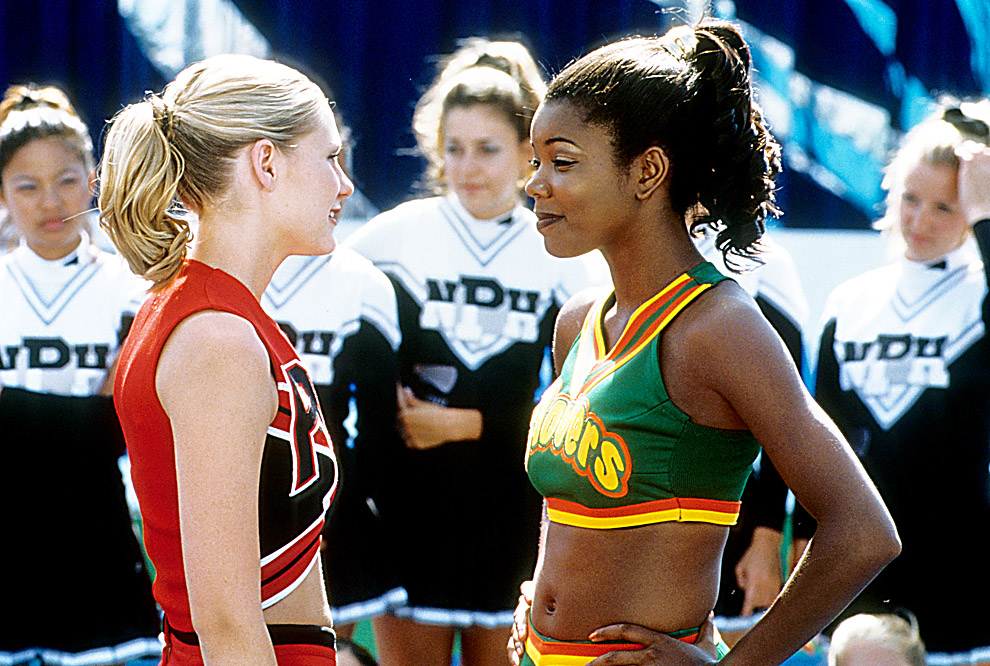 PHOTO PROVIDED Kirsten Dunst and Gabrielle Union in a still from the movie “Bring It On” which premiered in 2000.

After watching the Torros practice their routine Missy realizes she’d seen it before and storms off. After a confrontation with Torrance, who whole heartedly believes the routine is their own, Missy takes her to Los Angeles to watch the East Compton Clovers — made up of mostly African America and Latino/Hispanic students — perform the exact same routine.

The Clovers captain Isis (Union) with her team at her side confronts Torrance accusing her of cheating and mentioning that Big Red had been videotaping the Clovers’s practices and stealing their routines for years.

Isis also warns Torrance that as captain she plans to give her team the credit they deserve at the national championship.

Torrance is horrified to learn what Red had been up to and attempts to convince her fellow teammates that they needed to come up with a new routine. Of course her team, who wants nothing more than to win again, out votes her and they decide to keep the same routine.

That’s until the Clovers show up to a football game and perform their cheer in sync with them, embarrassing the group.

After being scammed into performing a routine used by other cheer squads at the regional competition, the Torros are granted a place at the national competition under the condition they have a new routine.

Meanwhile Torrance, who feels guilty for having ripped off the Clovers routine, convinces her Dad to have his company sponsor the East Compton group so they can make it to Nationals.

Isis refuses the hand out however, instead appealing to a local talk show host who pays to send the group.

I’ve basically given the main premise here so I won’t go any farther and tell you who wins the actual competition.

To me this movie has some very powerful racial undertones that send a pretty serious message. I might get some criticism for this but the movie shows something that’s been happening for a long time: white people stealing from people of color.

For a teen comedy in the 2000s you wouldn’t have expected them to address something so serious and in a way that doesn’t really hold back.

You see a team that has clear talent and the drive to win miss their chance to do so because of theft and financial hardships.

But instead of taking the easy way out and making Torrance the Clovers’s hero — which other films have done in the past — Isis turns down the hand out and forges her own path for her team.

I’ve always enjoyed Union in other movies like “Breaking In” and the more well known “Scary Movie” franchise and this movie is no exception.

Dunst also delivers a good performance with the sometimes over the top passion her character has for cheerleading mixed with the more realistic emotions such as guilt and uncertainty.

Dushku also plays the role of cool as ice new girl to perfection, something that isn’t surprising given her most well known role as Faith in the “Buffy the Vampire Slayer” franchise is the epitome of 1990s-2000s badass.

Sure this movie is often seen as a very typical early 2000s film with the usual plot and side romance between the main character and the cookie cutter version of that decades perfect guy. But there’s more to it than that if you take the time to watch.

“Bring It On” can be rented from YouTube, Google Play, Vudu, iTunes and Amazon Prime for $3.99. There are five sequels too but do yourself a favor and just avoid them.

Laura Jameson is a staff reporter for The Express 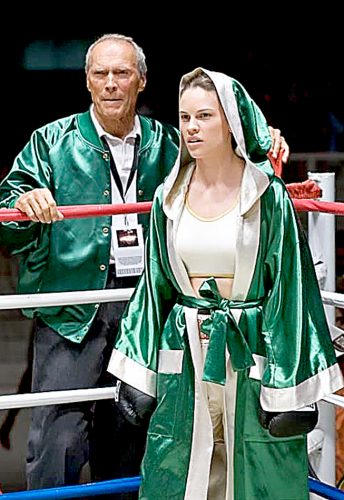 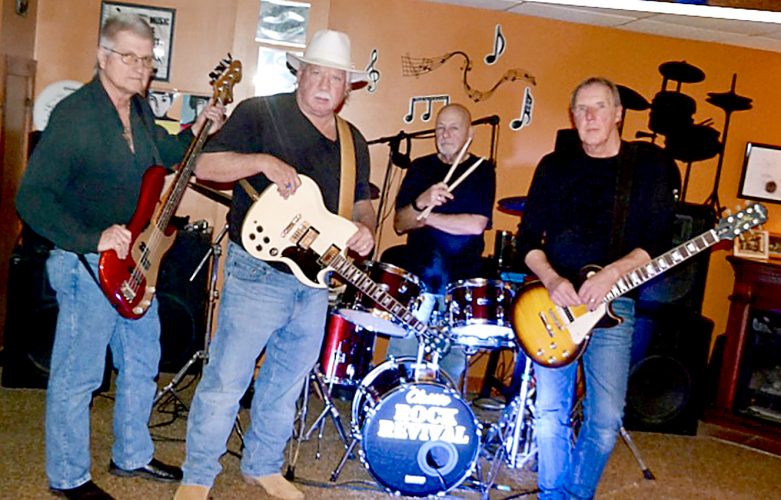 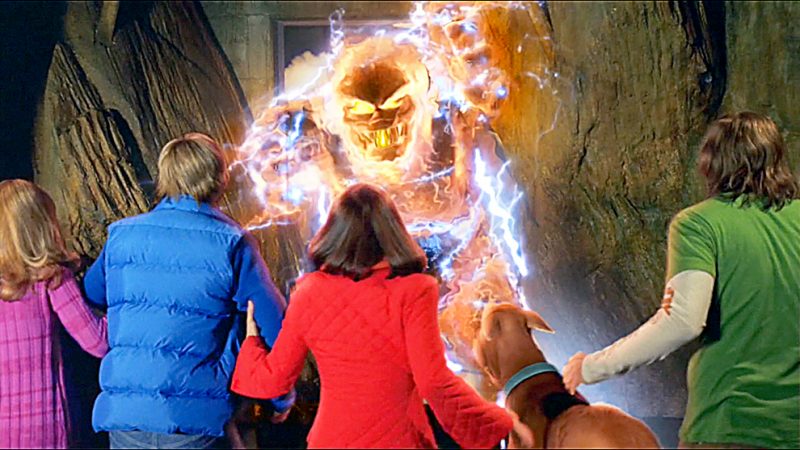 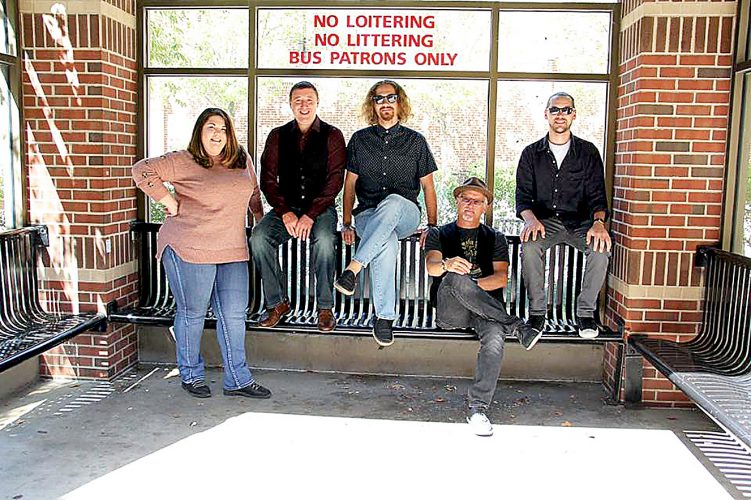