Taking the world by storm 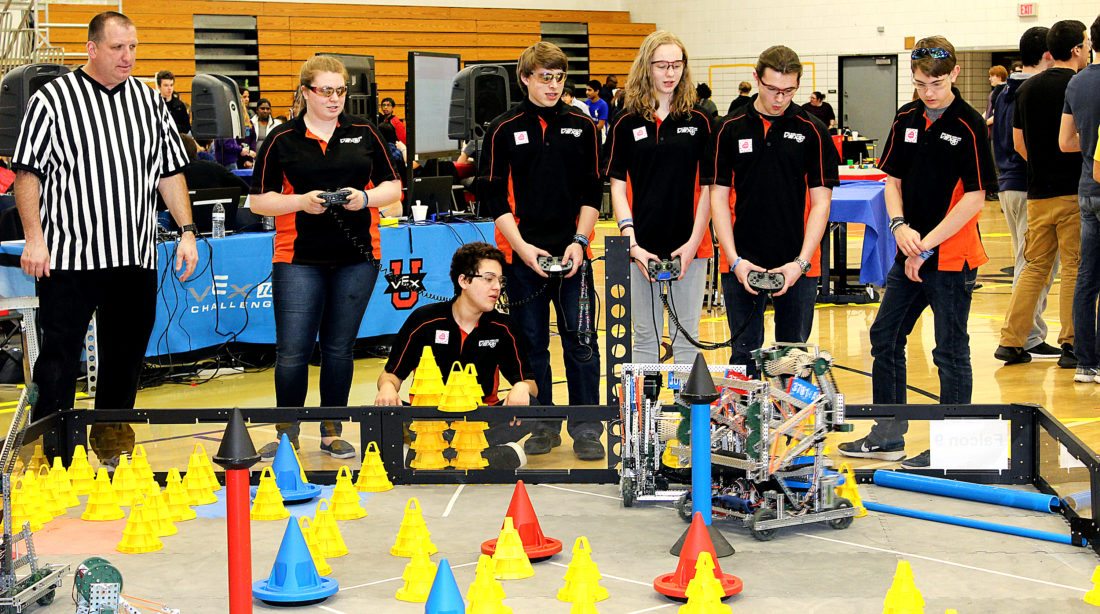 JERSEY SHORE — Keystone Oaks High School in Pittsburgh hosted the Western PA VEX State Championship on Saturday, March 10, the culmination of all previous tournaments this season. Stakes were high in this competition, as only the first place team and their alliances, and the winners of the Design and Excellence Awards, qualified to move on to the VEX World Championship in Louisville, KY, in April.

The Jersey Shore High School Vex Robotics team coasted to the coveted first place finish, winning all 12 out of 12 matches in the event. Team 3701 A, also known as the BullCogs, is comprised of seniors Ryan Stratton, Victoria Bellomo and Tony Ramos. The team also won the prestigious Skills Championship by 50 points over their nearest competitor.

Thirty three other teams also competed in the tournament, among them, Jersey Shore team 3701B (Tyke), made it to the quarter-finals before being eliminated. Team B is comprised of sophomores Rachel Garrett, Evan Fink and Owen Knepp, and junior Tallon Anderson. They finished 19th, competing in their first state competition.

Members of both teams will be traveling south for the world event, April 25 -28. Contributions toward that trip are being collected through the group’s Go Fund Me page, accessible through their Facebook page, Vex Robotics Team 3701. Officially recognized by the Guinness World Records as the largest robotics competition on earth, this week-long tournament will bring together over 500 of the best VEX student-led teams from over 30 nations, to celebrate their achievements in STEM and participate with the best teams from around the world. “Our teams worked extremely hard this season, and I’m really excited that Jersey Shore has the opportunity to compete at the World competition again,” said Stratton, president of the VEX Robotics Club. “It’s an amazing event, and we feel honored to be there.”

Prior to the State Tournament, the Jersey Shore VEX teams competed at five different events throughout PA, mostly in the greater Philadelphia region, due to a lack of more local teams. The senior team (Ryan Stratton, Victoria Bellomo, and Tony Ramos) captured first place finishes at Great Valley and Forest Hills, in addition to Tournament, Skills, and Excellence awards, and second place at Downingtown and another competition at Great Valley. The junior team (Tallon Anderson, Rachel Garrett, Evan Fink, and Owen Knepp) placed first, in alliance with the senior team, at Great Valley and Forest Hills, and earned second place at Harrington.

“Many of the schools that we go up against in the VEX program are dedicated career and technical or STEM (Science, Technology, Engineering and Math) academies,” commented Andrew Baker, the program’s advisor. “They have greater budgets, access to more technology, and instructors that are devoted to the development of these programs. The fact that we do as well against them as we do is a testament to the drive and determination for learning that the students here at Jersey Shore possess.”

Jersey Shore High School produces not just the VEX teams, but another competitive events program known as TSA– the Technology Student Association, an organization that consists of over 2,500 schools and 300,000 students throughout the United States. TSA focuses on Career and Technology competitions, ranging from Architecture and Computer Aided Design to Public Speaking, Structural Engineering, and Web Design.

This year’s Jersey Shore TSA chapter recently competed at the Region 7 Leadership Conference at Montgomery High School, where they competed in 22 different events. The chapter placed in the top three in fourteen of those events, including a 1st, 2nd, and 3rd place sweep of three events, bringing home a total of 24 top three finishes.

The Jersey Shore TSA’s placements include:

The Jersey Shore TSA students are now preparing to go up against the top event finalists from Pennsylvania’s other eight TSA regions at the Pennsylvania State TSA Leadership conference, set for mid-April at Seven Springs Resort near Pittsburgh. Winners there will move on to the National TSA Conference, held in Atlanta this June.

In addition to their competitive events program, both the Jersey Shore TSA and VEX programs participate in local educational venues, bringing their robots, projects, and experiences to local science fairs and elementary schools for the benefit and encouragement of younger children.

Both programs presented their work on robotics, drone technology, 3D printing, and architecture at the Annual Science Fair , hosted by the Pennsylvania College of Technology this past February, demonstrating their projects to over 2,500 local elementary and middle school children. They have also traveled to Lycoming Valley Intermediate School to engage students in constructing and manipulating robots.

GOOD DAY and Happy Birthday to Kyle Rupert, of Lock Haven! Quote of the Day “Today is the only day. ... 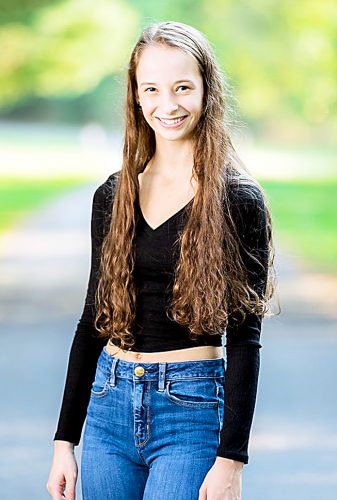 Annalee Schmidt is JS Lions’ Citizen of the Month

EVENTS — The Centre County Grange Fair has been canceled. — The Avis Memorial Day Carnival scheduled for ... 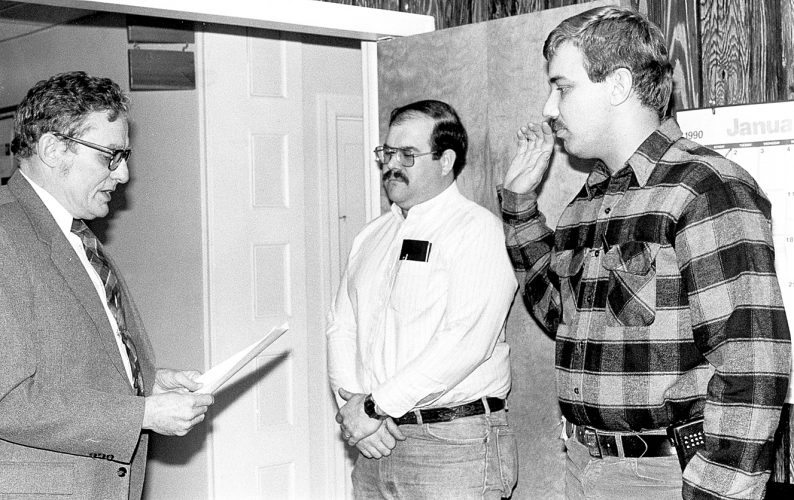 Old Photo Album: A swearing in