Families of the late Henry, Mamie, James and Anna Sweeley had their annual reunion Saturday, Aug. 25 at Grove Park, Flemington.

Door prizes were awarded, crafts were chanced off, and after a great meal, bingo was enjoyed.

Eight members of the Yost reunion planning committee met at the homestead on July 12 to plan the 57th annual reunion. They carefully assigned responsibilities and activities so the reunion would run smoothly.

June Lansberry, Toot Mapstone and Marion Spong went early to Wayne Township Park to cover the tables. Fred Yost, Jim and Joanie Walizer came to sweep out the pavilion and help set up for the day.

People started arriving at about 11 a.m. Chaplain James Yost said the prayer for the noon meal.

After lunch there was a short business meeting and a vote to keep the same officers. Gregory Bennett made the motion to return to Wayne Township Park next year, and the motion was seconded by Jann Marzzacco. Ten were opposed and 15 were in favor. Bob made a motion to accept the minutes of 2017 and Emily Simpson seconded it. Toot made a motion to accept the treasurer’s report and Emily seconded the motion. Craig Bennett suggested hamburgers for the next reunion.

Under new business, Sophia Spong graduated from Pennsylvania Academy of Fine Arts. Joel Yost graduated from Liberty University. Marion Spong had knee surgery in May. Chris Bennett was injured at work and is recovering. Bud’s wife, Loretta, had cataract surgery. Bonnie Burk had a knee replacement. John, who is married to our cousin Connie, living in New Zealand, has health problems. Bob Burk had a hip replacement.

The oldest person present was Lois Henry; the youngest was Chloe Orso and close behind was Kayleigh Walizer. The one who traveled the farthest was Toot Mapstone, who came from New Mexico. Most recently married were Stephanie and Logan Struble.

Erick Spong is attending the University of Colorado.

James R. Yost Sr. died. He was the son of Geraldine and Jimmy Yost and the father of our chaplain.

The secretary’s report was accepted as read.

On the Friday before the reunion, Fred Yost arranged for a group to visit the Centre County Correctional Facility. Seven went and it was an enlightening experience.

No young children’s games were played. However the children enjoyed playing on the playground equipment. The baseball field was not usable. Volleyball games were played in the afternoon. The young folks played the older folks. The older folks won the first set and the younger folks won the second. The water balloon toss was held before the evening meal and Craig and Chris won.

There were 43 people present. 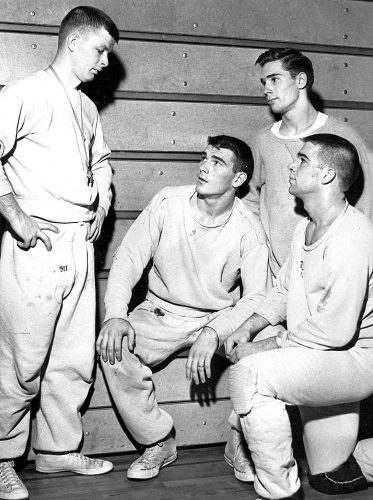 GOOD DAY to Jay Vonada! Quote of the Day “Gratitude makes sense of our past, brings peace for today and ... 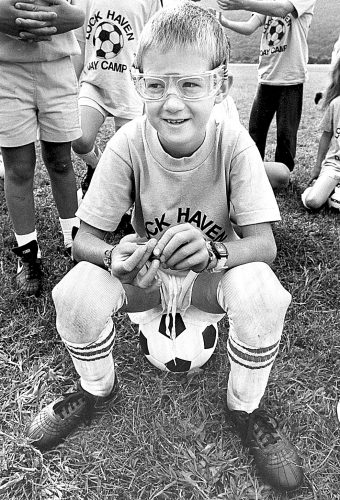