JERSEY SHORE — In the final game of the regular season, Walnut Street Christian School Warriors played host to Immanuel Christian School of Hazelton Lions. It was the first time the two teams met.

As the Warriors took to the hardwood for this contest, it was led by the two seniors –Joshua Long and Braden Borowicz — who made their last regular season appearance. The Warriors were quickly met with some offense from the Lions who took an early lead, putting up 13 points to the Warriors 11.

The Warriors kept it close and battled back in the second period bringing the intermission score to 29-25.

The Warriors kept the offense going and played strong defense in the third adding 18 more to their score while the Lions were able to put 11 more in their book.

The fourth period allowed for some underclassman substitutions for the Warriors who were able to place the three Borowicz siblings on the floor for the first and only time. In a memorable few moments, the Warriors were able to secure the victory adding 15 in the fourth as the Lions added 19, bringing the final score to 62-55 in favor of the Walnut Street Warriors.

The next scheduled contest for the Warriors is at the KCEA tournament being held in West Chester, at 6:30 p.m. on March 1. Their opponent is not known yet.

Help for the community 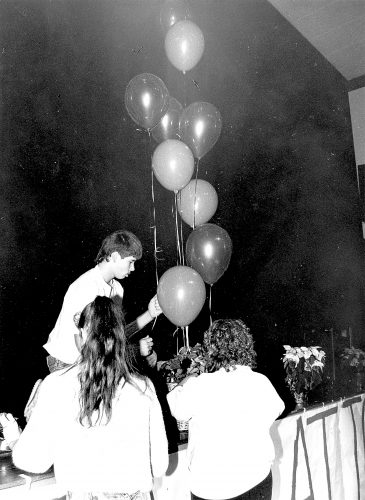 Decorating for a special occasion