Joby Topper is guest of Rotarians 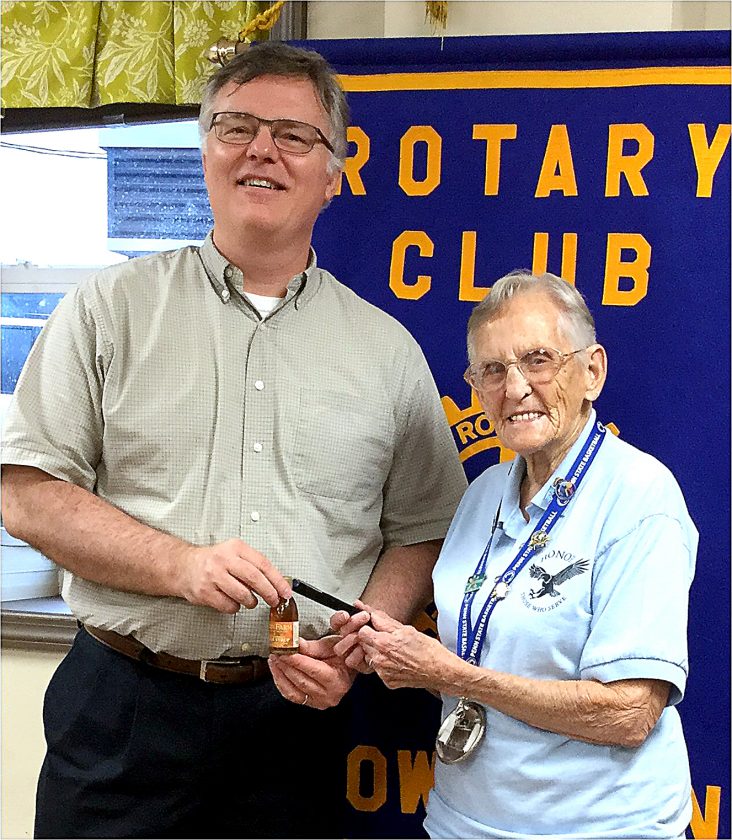 LOCK HAVEN — Joby Topper, Director of the Lock Haven University Library and Information Services was a guest speaker for a recent meeting of the Rotary Club of Downtown Lock Haven.

Next year will be the 150th anniversary of the creation of Lock Haven University.

Topper gave an interesting review of the history of LHU, beginning on Valentines Day, 1870.

To start the school, Albert Price gave 18 acres for the start of the collect and the cornerstone was placed on July 4, 1873. In 1878, 16 graduates walked across the stage to receive diplomas.

The LHU website states, “Central State Normal School, a private corporation until it was legally conveyed to the Commonwealth of Pennsylvania in 1914, was founded in 1870 and chartered to prepare teachers for the public schools. Subsequently, changes in its mission led to changes in name, to State Teachers College at Lock Haven (1926), to Lock Haven State College (1960), to Lock Haven University of Pennsylvania (1983). The last name change occurred when the State System of Higher Education was created and Lock Haven University joined the 13 other universities within the State System.”

Joby Topper added, in his presentation to the Downtown Rotary Club, in 1888, the school burned down. It had been built where High Hall is now and fire hoses couldn’t reach it. During 1889-90, a new school was built – at the bottom of the hill!

In 1937, the Bald Eagle was selected as the mascot. The first signature program was kindergarten and remained the program of fame until 1935, when Health and Physical Education was their claim to fame.

In 1960, the college became of dual purpose school, with both Education and Liberal Arts. In 1990, the nursing program was started and in 1996, the Physican’s Assistant Program became a signature program.

Director Topper’s talk with the group was interesting and Program Coordinator Eleanor Kodish noted the exchange of information back and forth was a difficult session to bring to a close. On behalf of the Downtowners, she thanked Director Topper and invited him to become a member of the Club!

GOOD DAY to Maia Crowell of Lock Haven Word of the Day Aphelion — the point farthest from the sun in the ...

LOCK HAVEN — The following students were named to the dean’s list at Lock Haven University: CENTRE ...