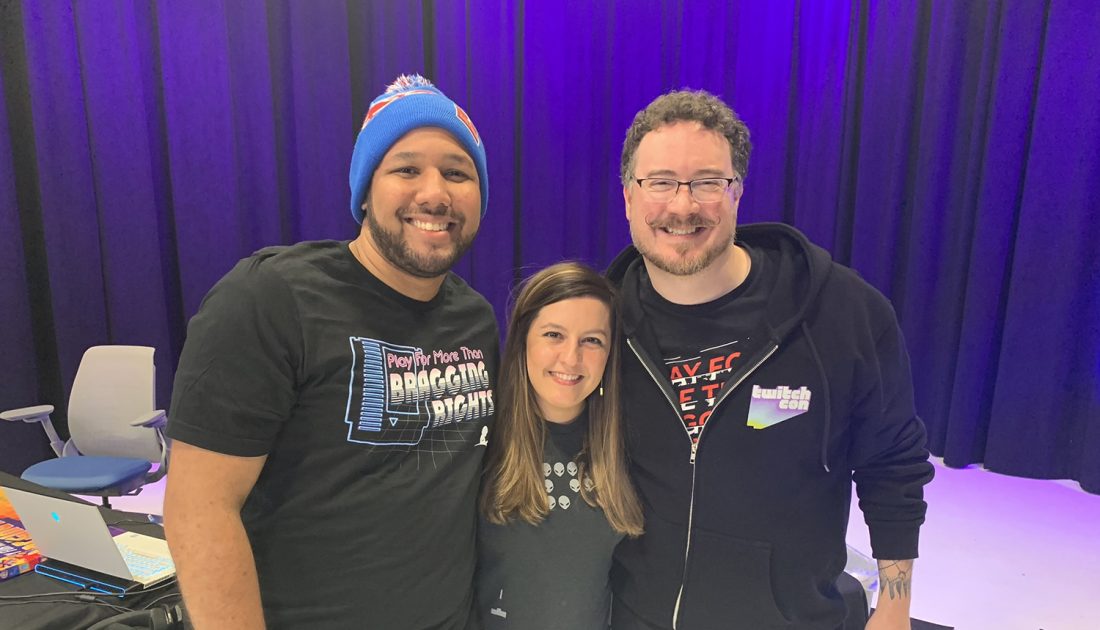 WILLIAMSPORT — Whether accessed on a smartphone, a personal computer or an elaborate home system, video games are the nation’s leading source of entertainment. According to the Entertainment Software Association, about 65% of American adults play video games.

Anna-Maree Manciet is one of the estimated 164 million adult gamers. But for the Pennsylvania College of Technology alum, gaming is much more than entertainment. It’s a source of goodwill, both for herself and countless others.

Since graduating from Penn College in 2013, Manciet’s video game prowess has led to personal healing, a thriving career and nearly $88,000 raised for St. Jude Children’s Research Hospital in Memphis, Tennessee.

Her determination to use “gaming for good” is the subject of a recent online docuseries episode (https://www.greatbigstory.com/stories/playing-minecraft-for-cancer-research) produced and distributed by Great Big Story, a CNN company devoted to engaging and inspirational storytelling.

“I literally play video games for a living,” said Manciet, who splits her time between working at home in “sweatpants” and at the Alienware broadcast studio in Austin, Texas. She’s responsible for all content streamed by Alienware on YouTube and gaming platforms such as Mixer and Twitch. On a daily basis, she interacts with game developers, influencers and brand partners.

“Everything that goes on the streams has to be brought to me first,” she said.

It’s an impressive responsibility for someone who studied both graphic design and creative writing in college before earning an information technology degree with a minor in marketing.

“IT seemed more like a personality fit more than anything,” she said. “I knew all the teachers (Manciet’s mother, Anita R. Wood, is an associate professor of computer information technology), and I really liked all the students that I would spend time with in the computer labs and on game nights. All the guys I had classes with, I could really relate to because we all shared the same hobbies.”

By then, Manciet had embraced esports, mainly playing Call of Duty, Halo, Overwatch and Quake. In 2009, she began streaming on JustinTV (the forerunner of Twitch) and producing YouTube videos about gaming. That experience led to hosting and video game coaching jobs, which helped her secure full-time employment at Alienware in 2016.

“I’m very lucky to have landed where I did,” Manciet said.

The Millville native also considers herself lucky for discovering gaming many years ago. The activity has helped her cope with depression, a struggle since childhood.

“When I started gaming, it taught me self-confidence and acceptance,” she said. “It also allowed me to connect with others outside of my very small town and make friends from all over the world. Gaming gave me the courage to leave my town and chase my dreams while making lifelong friends along the way.”

Those friends now include many at St. Jude Children’s Research Hospital. Founded by the late actor Danny Thomas in 1962, St. Jude is a leader in treating and defeating childhood cancer and other life-threatening diseases.

Manciet’s bond with the hospital began in 2014 with a 28-hour charity livestream for the St. Jude PLAY LIVE campaign. She finished with the third highest Destiny score in the world and top 10 in fundraising, earning an invitation to the annual St. Jude PLAY LIVE summit and the reputation of a tireless advocate.

“As part of our relationship with the gaming community, we are privileged to host some of the most generous, impactful supporters in the world,” said Richard Shadyac Jr., president and CEO for ALSAC, the fundraising and awareness organization for St. Jude Children’s Research Hospital. “We are grateful for each person who is logging on to play games and support our lifesaving mission. Because of supporters like Anna-Maree and our other St. Jude PLAY LIVE participants, we can ensure that parents never receive a bill for treatment, travel, housing or food because all a family should worry about is helping their child live.”

“The charity speaks to me personally,” Manciet said. “I have lost four loved ones to cancer and another was recently diagnosed. The hardest one for me was losing my grandfather last year. He was the first person who really understood that you could make a career through gaming, and he supported my passion and love for the industry unconditionally.”

The Great Big Story video captures Manciet’s passion for both gaming and St. Jude. The mini-documentary chronicles her effort last fall to raise $5,000 in just four hours while livestreaming from the St. Jude campus.

“It was the first ever gaming livestream from the St. Jude campus,” Manciet said. “It was honestly such an overwhelming and amazing experience that I never thought in a million years would happen.

“When we hit the goal, it felt like a weight had been lifted off my shoulders. There was a lot of crying. These beautiful people believed in me. I’m so lucky and blessed to have worked with them.”

That work continues. In May, Manciet will conduct her annual tradition of livestreaming throughout the month to raise more funds and awareness for St. Jude. The livestreams will include making and sending cookies to donors, as well as “crazy and silly gaming challenges.”

Considering her charitable commitments and hectic schedule, it would be easy for Manciet to classify Penn College as a distant memory. But the school’s impact remains foremost in mind.

“I rely on my education all the time,” she said. “I had a well-rounded education, which has allowed me to be where I am today.”

Manciet isn’t the only one thankful for that.

For information on Penn College’s information technology degrees and other programs offered by the School of Industrial, Computing & Engineering Technologies, visit www.pct.edu/icet or call 570-327-4520. 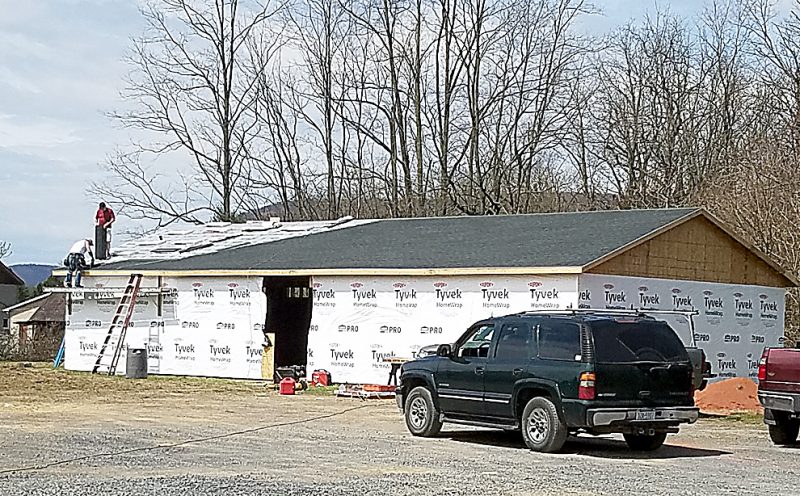 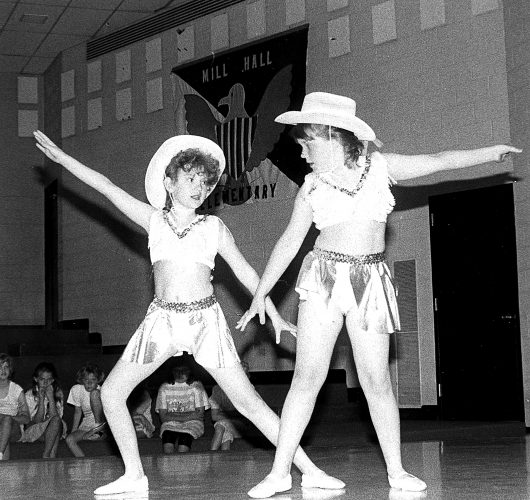 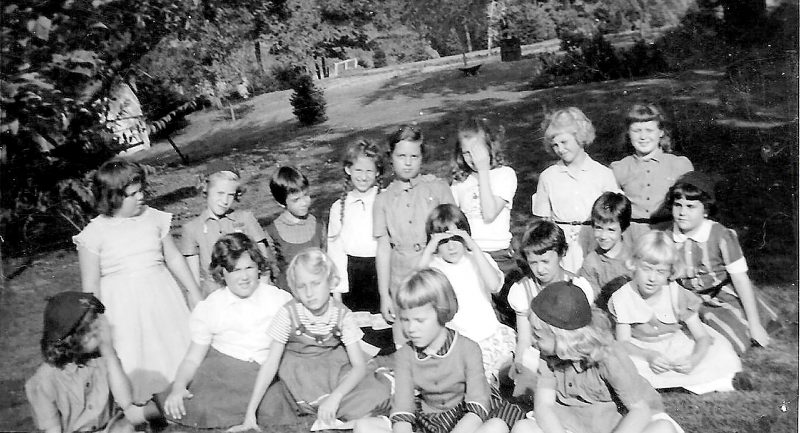