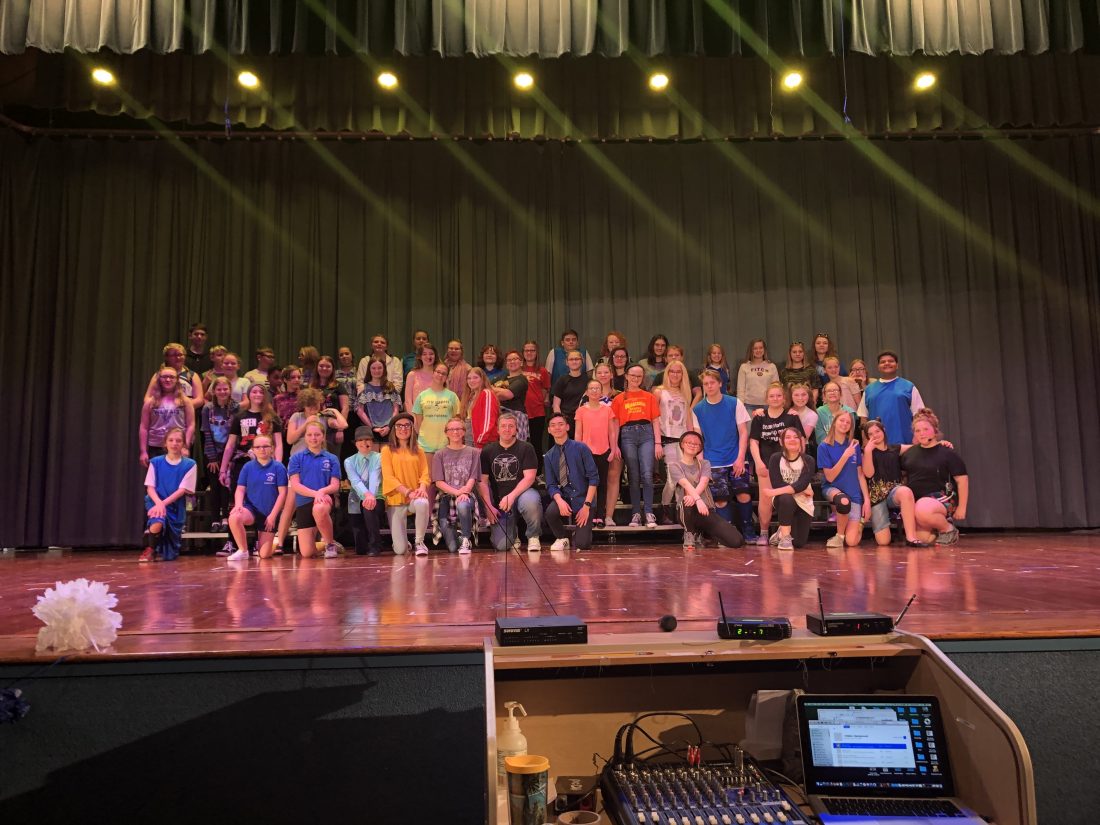 Every year the Central Mountain Middle School Choir performs a musical for their fellow classmates and community.

This year teacher and director Mr. Connor decided to do the play “High School Musical, Jr.”

“High School Musical Jr.” is a teen drama in the form of a musical. It is about two high school juniors that fall in love while finding who they are.

All the cast loved being a part of the show. Kurt Yap said his favorite part was “spending time with the cast.”

Addison Kelly, who portrayed Kelsi, says she loved “being together.”

Most of the cast bonded over watching and owning all of the High School Musical movies. The cast was excited for their family and friends to come and watch the production they had been working on all year.

The show had rave reviews from the audience. Audience members said the show was “excellent” and “worth watching”. The lighting was also a favorite of the show.

The cast loved Saturday rehearsals when they got to be with their friends, act, and order food. They also loved being on stage with each other and spending time together.

The show was not possible without the middle school choir and stage crew. Both crews played a big part in helping bring the whole production together.

Addison Kelly says, “I am proud of the production’s sucess and everyone that contributed.”