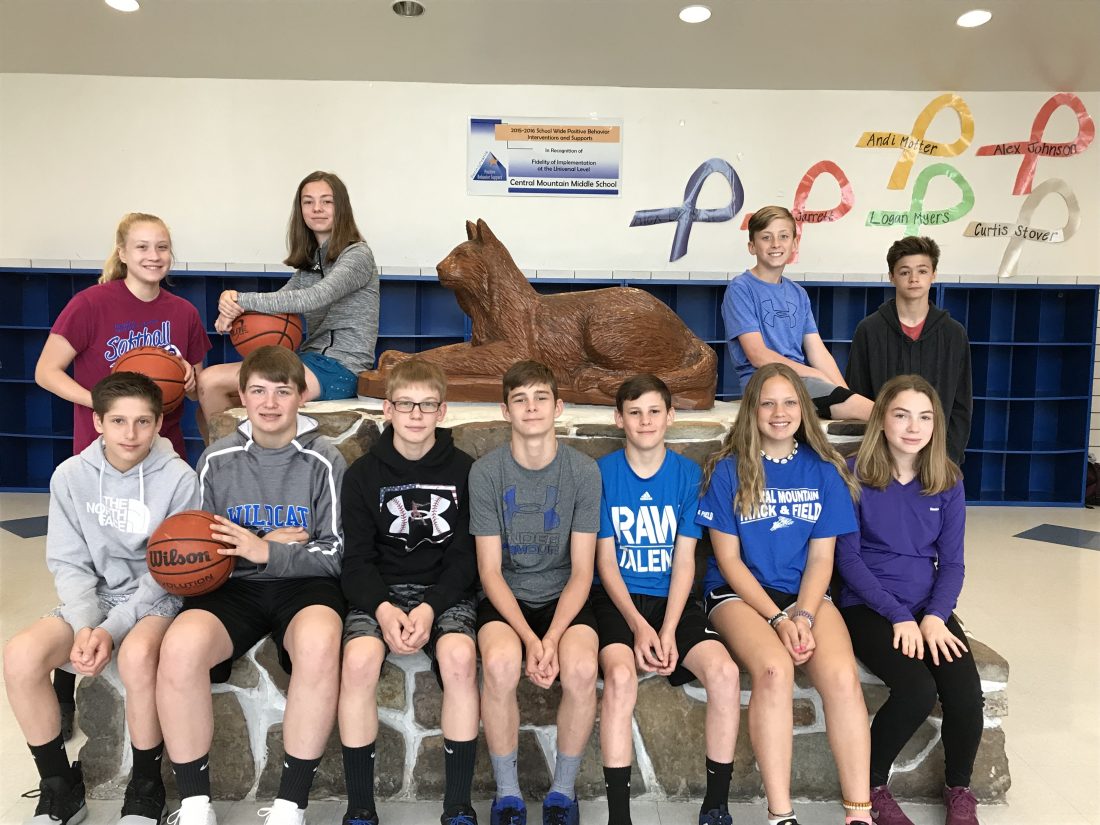 This past school year Central Mountain Middle School’s winter and spring sports teams seasons were very successful. In the winter the sports were girls basketball, boys basketball, and wrestling. The spring sport of track was open to both boys and girls in 7th and 8th grade.

Seventh grade players reported that the team had good defense and great communication. However players said their shooting needed some work. Keely Rohrbach said, “it was a fun season, but we could have done better.”

Eighth grade players said their team had good defense and communication. However many players feel they could have been more focused. Eighth grader Kelsey Burrows said, “Our hard work paid off!”

The 7th grade players reported that they all knew the plays well. Defense, however was a need for improvement.

Eighth grade players felt that their offense was a strength of the team. A weakness for the team was their shooting skills. When asked what he thought about the season, Robert Winkleman replied, “It was fun!”

This year the Jr. High wrestling team went undefeated. The coaches for Jr. High wrestling included Brett Kleckner, Dylan Caprio, and Eric Coleman. Members of the wrestling squad feel confident in their shooting and take down skills. They also felt they did a good job getting the bonus points. Seventh grader Braylen Corter said, “it was a really fun season and it went well.”

In the spring the track team did very well and only lost one meet. Track events include 100 and 300 meter hurdles, 100, 200, and 400 meter dash, 4X1, 4X4 and 4X8 relays, 800, 1600, and 3200 meter distance runs, long jump, high jump, and triple jump, shot put and discus. Tom Zettle and Todd Desmond coached the Jr. High track team. Both 7th and 8th graders joined the track team because they love to run and stay physically active. Garrett Hanna thought the season was “fun, but short”.

The CMMS faculty, staff and student body are very proud of all our sports team win or lose.