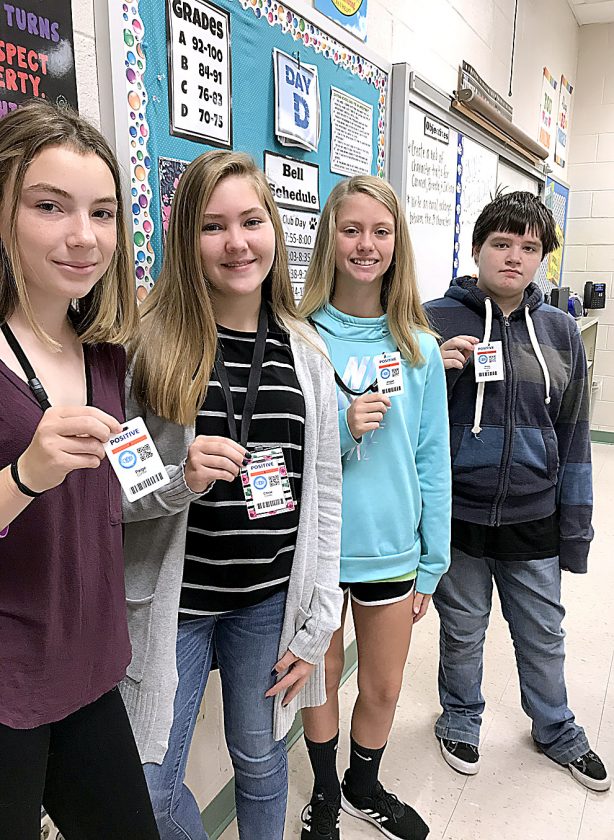 By Cadence Grieb and Kori Grieb

Central Mountian Middle School has new Positive Behavior reward system. There is a whole new way for teachers to reward their students for good behavior. With the new system the student have badges, and the teachers can scan the badges and give you a pride point digitally. There also might be a raffle added at lunch so that if you have a certain amount of pride points it will raffle names and pick a few. The new Positive behavior system is easier for the teachers and students.

CMMS’s Mrs. Renee Serafini found this new idea online. In meetings over the summer teachers discussed the pride paw system. Many teachers thought the new plan was a great idea so they decided that yes, they wanted to make the change.

Not only did teachers notice there was a problem but so did the kids, and that’s why everyone was excited when we switched the reward system. The kids were losing pride paws and other kids even went to the extent of stealing pride paws. The old system was also very unorganized, plus the new system was just right and fun for the kids.

The new program hit a few roadblocks at the beginning of the year because it was new for all staff and students. Mr. Herron said it took about 3 weeks to set up and get started. It is now working very efficiently and both staff and students are pleased with the new system.