PHOTO PROVIDED CMMS 7th grader Charlotte Fortescue accepted PC’s guitar for her brother Ben who was recognized for his positive attitude and dedication to the school and community.

PHOTO PROVIDED PC led the sing along at CMMS with the help of music teacher, Mr. Mike Connor. 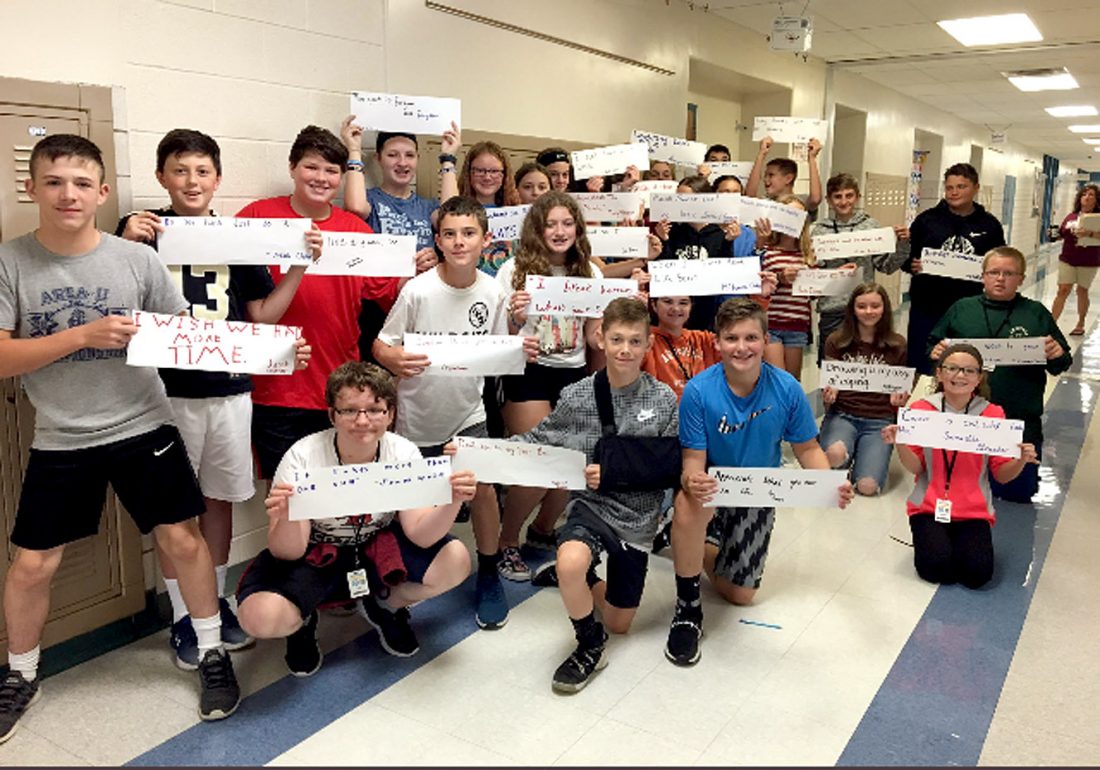 Ms. Keeler said that one of her favorite memoirs written by an 8th grade student was, “Live life working harder not smarter.” 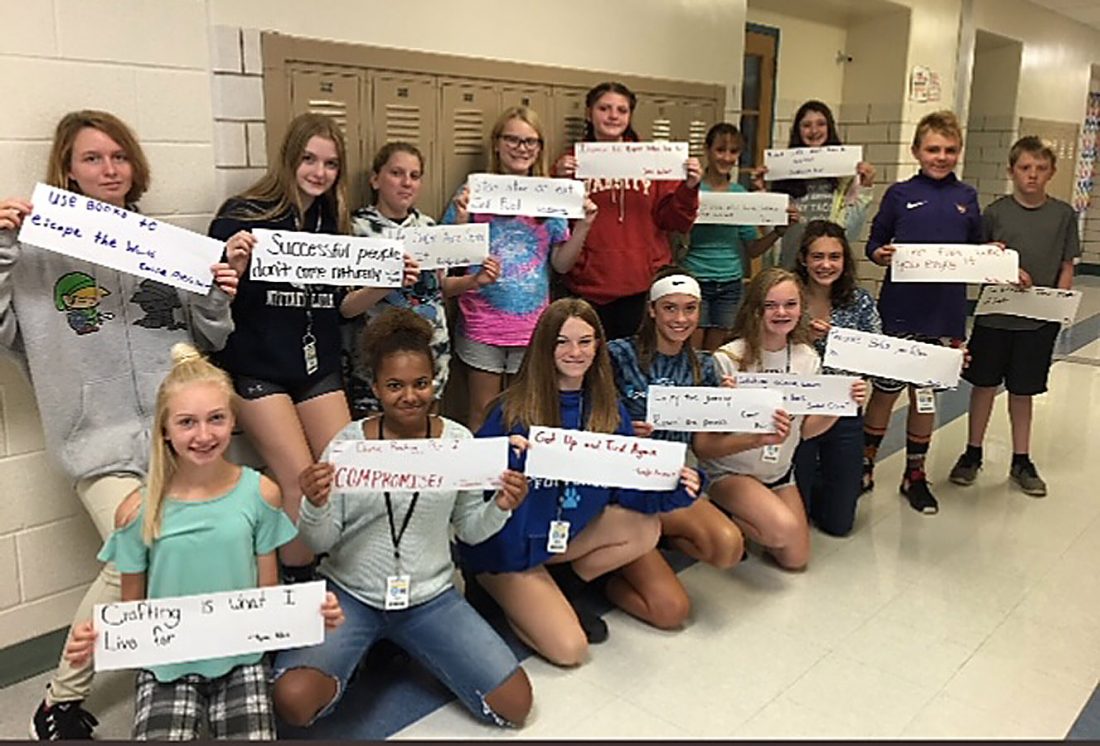 Seventh grade teacher Mrs. Proctor says that she learned that, “Everybody has a story.”

Both Keeler and Proctor stated that it was their first year doing the 6-word memoirs. When we asked why the memoir was just six words Proctor said that it makes it short, sweet, and to the point. Keeler said it was 6 words “because it makes you focus your thinking.”

Most of the 7th and 8th grade students said that the hardest thing about writing the six-word memoirs was coming up with what to write about.

One 8th grade student, Hanna Kaler said the hardest thing was “coming up with something that has meaning.”

Students were questioned if given the choice would they would keep it six words, add more words, or have less words.

Some students reported they could do this assignment in the 10 minutes they were given.

Others reported it took one or two weeks to write theirs.

All in all, the students and teachers enjoyed writing six-word memoirs and believe that the teachers will do this assignment next year.