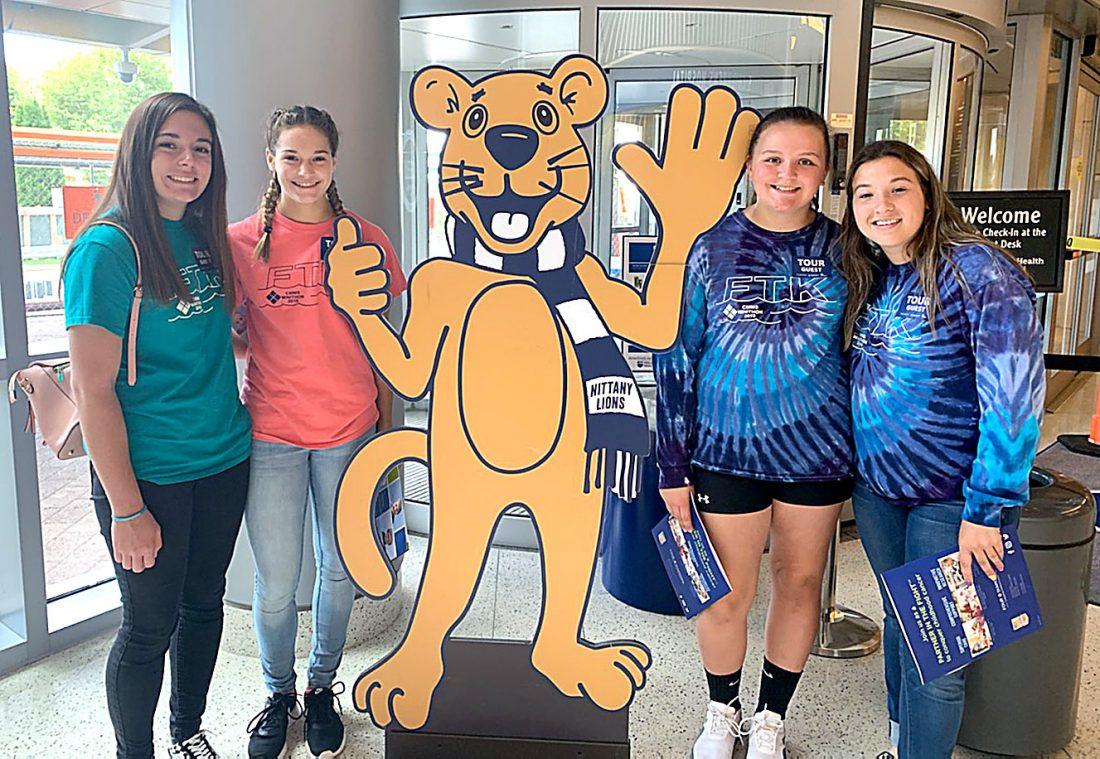 The Central Mountain Middle School has been participating in the Four Diamonds Fight for Childhood Cancer by hosting an annual Mini-Thon to raise money for the Penn State Hershey’s Children’s Hospital for the last four years.

Every year a school in Pennsylvania is chosen to visit the Children’s Hospital after applying for a grant. This year, our school got chosen to visit.

Our school has been chosen twice but it has been two years since we were chosen.

Madison explained that it was “touching and made [her] realize what children and families are going through.” She also stated that it was inspiring and impactful and it made her want to help even more than she already wanted to.

Danica thought the hospital was “very cool.” She said she

“learned about the hospital and why Four Diamonds is a thing.” Danica agreed that the trip was both inspiring and impactful because all these kids are going through a bad thing and Four Diamonds is trying to make it a little more enjoyable for them.

Central Mountain is just one of a couple hundred schools trying to raise money for childhood cancer. Our 5th annual Mini-THON is scheduled for May 15, 2020.

If you would like to make a donation to the CMMS Mini-THON please contact Jamie Kessinger by email at jkessing@kcsd.us.