Lou Bernard For the Express

The Tiadaghton Declaration of Independence. You’ve heard of it.

If you live in Clinton County, you probably know the story.

I mean, I’ll recap anyway, just in case you’re new here. Also because I have about 800 words to fill. A group of men who lived in Fort Horn, at present-day McElhattan, called themselves the Fair Play Men. They served as a sort of temporary government in the Colonial days. And on July 4, 1776, they went out to an old elm tree near Jersey Shore, and signed a document, which came to be known as the Tiadaghton Declaration of Independence.

They sent messengers to deliver it to the king, but came in second — when they found out that a Declaration of Independence had already been sent, they brought it back. I mean, who knew there’d be two of them? And they buried it in a metal box near the fort, and there it remains, never found.

That’s the story. And I’ve studied it, in the past. I mean, I’ve actually gone out there and looked for that thing. Fourteen years ago, I suggested that maybe they dug it back up and one of the Fair Play Men had it buried with him. I’ve written about that possibility; you can look it up.

A couple of years ago, I discovered a sort of edit to the story. The elm tree they allegedly signed the document under, known as the Tiadaghton Elm, had nothing to do with any of this. At the time, I wrote a fairly thorough article about this, but in case you don’t feel like finding and reading that one, let me sum it up:

In 1918, local writer John Chatham was assigned to find the location of the signing, which until then was a mystery. Chatham, however, was well-known for distorting the truth. (He was responsible for the “Widow Smith” story of McElhattan, which is complete garbage.) I can’t find any indication of an elm tree before 1918, and it’s likely Chatham made up the elm. The best we can do is to note that records show the signing probably took place in a school house about a quarter-mile away.

I’ve talked about this with Tina Cooney, who is a friend of mine and with the Jersey Shore Historical Society. Recently, in a discussion with Tina, she asked what might have happened to the buried document after the Great Runaway.

In July of 1778, in response to a predicted Native American attack on the forts, everyone in the valley ran away, hence the name. Most of them stayed away for a few years and then came back and resettled. So, what about the Tiadaghton Declaration of Independence?

The prevailing theory is that it is still buried out there someplace. In 1949, the military actually came and looked for it with a mine detector, with no success. As I said, I suggested once that it might have been dug up and reburied in one of their graves — Robert Love, in Quiggle Cemetery, is my best guess.

We got the burial story from an eyewitness — An old newspaper article quotes one of the granddaughters of the Fair Play Men as witnessing the burial. She said three of them locked the box, and each took a key, and then they buried it on the grounds of the fort. She watched them do it as a little girl, and talked to the papers about it as an old woman.

So we can verify that she saw them bury it. I’m willing to buy that. But what happened later?

It’s very possible that they dug it up later, and we don’t know it, because this time there wasn’t a granddaughter around to report it. The Fair Play Men could easily have reacquired the document, and nobody really knew it. Maybe it’s out there somewhere, hidden in an attic or something.

Or maybe … Hear me out here … In a grave, like I suggested years ago. Maybe, without even realizing it, I made a pretty accurate guess.

Maybe I was right all along. 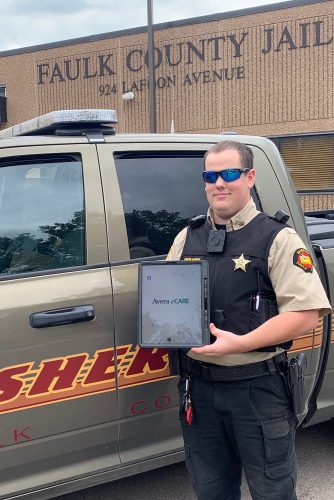 There’s this house that I show on tours, when I’m walking with people down Main Street. Normally I don’t walk ...

Bring a lawn chair and wear a mask to the Heisey House lawn on Monday the 17th to see the film-noir thriller “The ...

Transition from a work at home novice to pro

Months into working from home, it’s time to check in with yourself. How is your work-life balance? Have you ...

The (Johnstown) Tribune-Democrat, via AP OHIOPYLE, Pa. — There is a rock surface at Ohiopyle State Park called ...

LONDON (AP) — The foundation of Britain's Prince William and Kate, the Duchess of Cambridge have awarded almost ...