PAUL GARRETT, For The Express 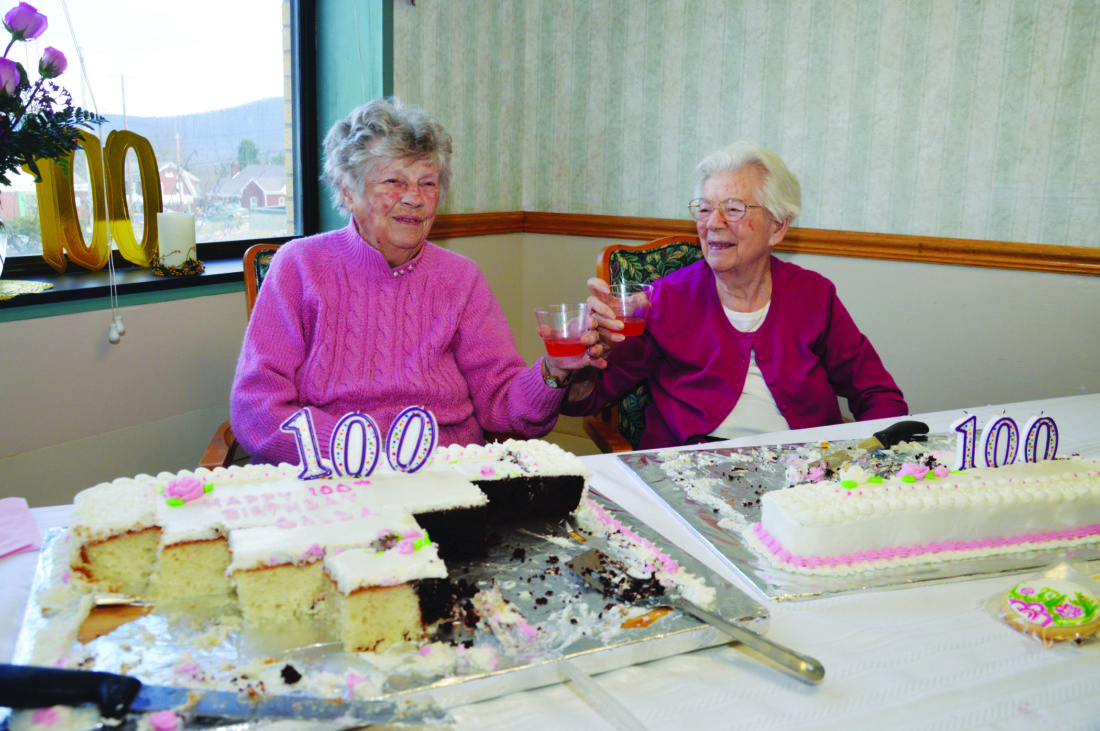 JERSEY SHORE — Mary Jane Fenton and Golda Marie Beach have a few things in common. They are both from Jersey Shore, they were both members of the Jersey Shore Historical Society, they were swimmers together when they were young and now they both reside in Manor Care in Jersey Shore.

But the  major thing they have in common is they have both turned 100 years old this month.

To celebrate this 100 year milestone one of their longtime friends Betty Allen, along with Beaches daughter Diane, contacted Manor Care and proposed a joint party for her two friends this past Sunday.

“I was talking to Golda’s daughter Diane, and she said she didn’t know what to do for her mother’s birthday so I said let’s have a party. The people at Manor Care were most helpful. We had a wonderful crowd of well over 100 people. They came from Virginia, Philadelphia, Scranton, Pittsburgh, Harrisburg, Carlisle, and even Baltimore,” said Allen.

The wife of Rev. Arthur K. Fenton, Fenton graduated from the Philadelphia Episcopal Hospital as a registered nurse in 1938.

Ironically Fenton was the first administrator at Manor Care when it opened in 1973 as Leader Nursing Center.

Beach married Dick Beach and has two children Diane Wolf of Jersey Shore and Richard Beach of Hatfield, Pa. And she has four grandchildren and 11 great-grandchildren.

She and her husband Dick were owners of Beaches restaurant in Jersey Shore.

Golda also was an avid golfer and was the club champion at the Clinton County Country Club.

When asked the secret of living to 100 she credited two main things.

“All the while I grew up my father had a garden and he grew everything. My mother canned everything and we ate it. We had no preservatives, no spray or anything. It was all pure food. I sometimes think that’s one reason. I was also very active. I walked the golf course for years. I had a good life,” said Beach.

Fenton’s secret, “I think being kind to all people, exercising regularly do plenty of walking, eat good nourishing food and just try and be a friend to all,”  said Fenton.