Start-up giving voice to the voiceless in Centre County 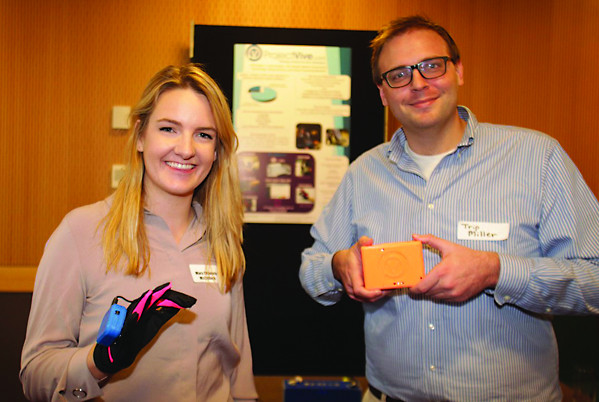 PHOTO BY ALS Association and Prize4Life Mary Elizabeth McCulloch, founder and CEO of Project Vive, and Trip Miller, CFO, demonstrate how their product, the Voz Box, works. The Voz Box uses small movements from the knee, wrist or finger of the user to construct full sentences.

BELLEFONTE — Those who cannot speak can have their voice heard through biomedical speech devices, and one project in Centre County is making the option more affordable.

“Our mission is to make communication devices accessible to those who need them,” McCulloch said when she gave a presentation on her project at a recent meeting of the Centre County Board of Commissioners. “We’re really interested in creating something that’s low cost, that you can actually buy without going through insurance claims.”

McCulloch is a 2016 Penn State biomedical engineering graduate and was in the first class of the Happy Valley LaunchBox startup business incubator located in downtown State College. She said at the Feb. 28 meeting that thanks to a crowdsourcing campaign, enough money — $13,600 to be exact — has been raised to fund 13 devices to help people overcome non-verbal communication barriers.

After McCulloch graduated from Bald Eagle Area High School in 2010, she said she decided to do an exchange year. For that exchange year, she went to Ecuador and worked in a special needs orphanage with children and adults who had cerebral palsy, and could not speak.

“There was no assistive technology, no devices,” McCulloch said.” We had some devices that were donated from the United States through different organizations, [but] they came with no instructions of how they worked; what happens when they break. I had a really sad story with a little number clicker device that if you typed the 1, it would say “hello,” and within a month of a boy using it — and he started to get really good at it — it broke.”

That experience led her on the path of biomedical engineering, and it was during her time at Penn State that she started working on the idea of a low-cost speech-generating device.

One thing makes Project Vive’s assistive technologies stand out from the competition is that they are much easier to use, McCulloch said. Some assistive technologies today use touch screens or keyboards with large icons, which makes them difficult to use for people who have limited control of their muscles, and they can require a lot of training to use.

All of the devices use movement to speech technology that uses a customizable menu-based system so that words and phrases can be pre-programmed, McCulloch said. The one device that Project Vive has created, the Voz Box, is connected to a glove that the user wears and is controlled by small movements from the knee, wrist or finger to construct full sentences, versus a keyboard, and uses a Bluetooth-linked speaker to amplify words. Other devices offered by Project Vive include eyeglasses for eye control, which allows the user to blink to convey what they want to communicate, a wearable elbow sensor that acts as a selection method for what the user wants to communicate when they raise their elbow, and a knee movement sensor that works when the user kicks or presses with their foot.

The cost is another big factor in what sets Project Vive’s assistive technologies apart. Other devices, such as ones that use LCD screens, can cost in the ballpark of $5,000, and eye-tracking devices can cost around $15,000, McCulloch said. The products Project Vive will offer will cost under $500.

According to Commissioner Mark Higgins, Project Vive is the type of startup business that the county would like to see flourish in one of its business incubators, such as the upcoming Bellefonte SpringBoard incubator.

Although the products are not on the market yet, McCulloch said she hopes they will be in six months. 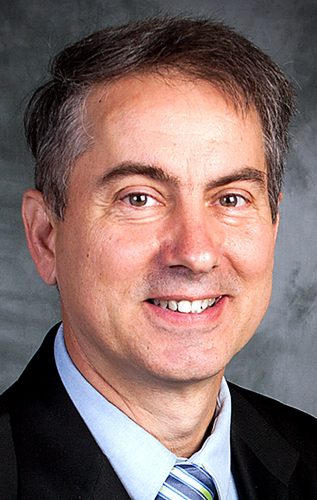 STATE COLLEGE — State public officials, including lawmakers, should not be granted a cost-of-living adjustment at ... 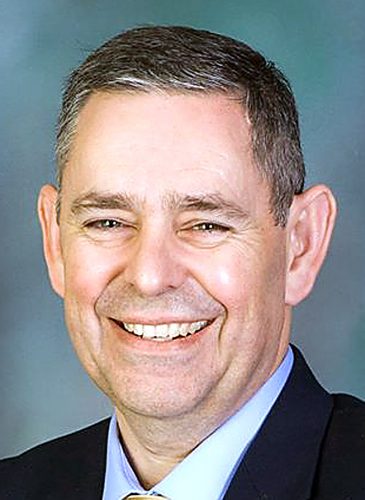