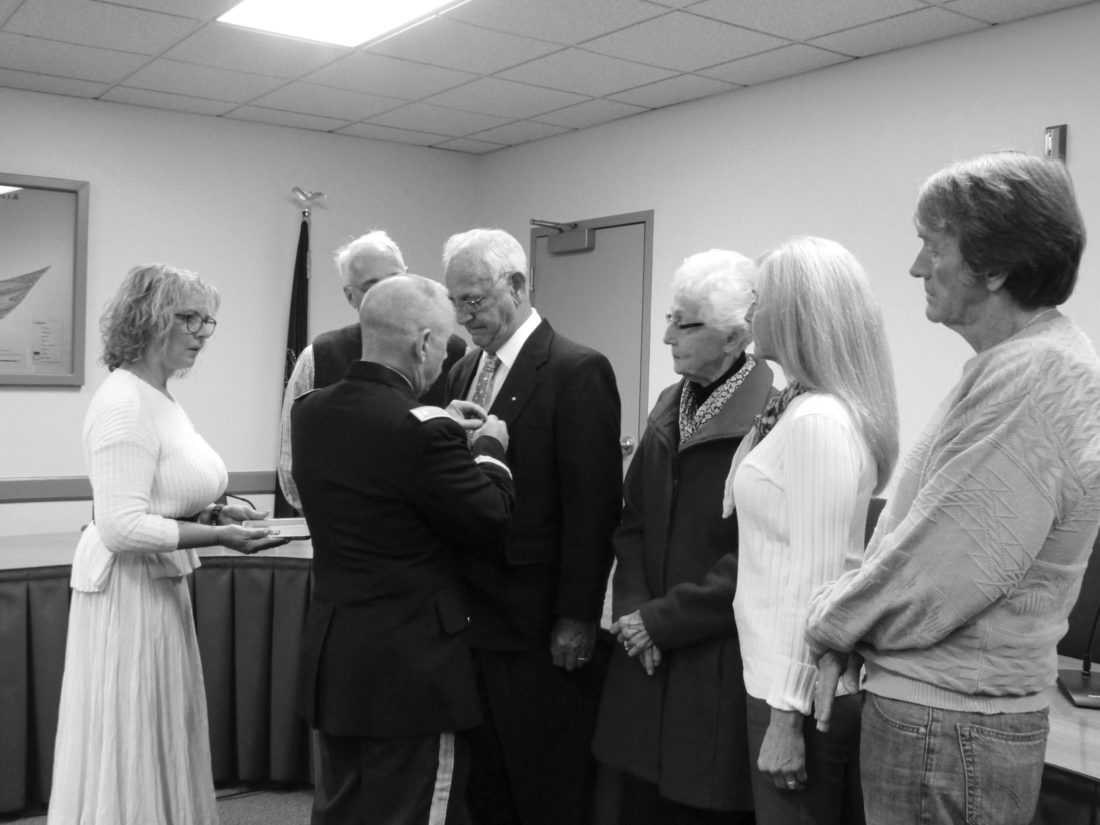 BELLEFONTE — Wastewater issues in the village of Potters Mills will become a thing of the past.

County planner Matt Milliron announced at the Tuesday, Nov. 14 county commissioners’ meeting that the county was awarded $959,000 last week to help with a project that will create a public sewer system to alleviate water contamination in Potters Mills.

During their Sept. 26 meeting, the commissioners had approved the township moving forward with an application to the Pennsylvania Department of Community and Economic Development (DCED) for $1 million in Community Development Block Grant (CDBG) funds for the project. Last week, DCED awarded $750,000 for the project, and the county planning office was notified last Thursday that another $209,000 was added to the grant.

“That’s going to benefit the citizens of Potters Mills, especially those on a fixed income, because we will be able to reduce their monthly fees for the new system,” Commissioner Mark Higgins said.

The project is shovel ready, Milliron said, and work is expected to begin next summer.

In other business, war memorials throughout Centre County have been documented for a larger national database.

Last fall, the American Legion requested that counties come up with an inventory of their war memorials and monuments, according to Brian Querry, director of the Centre County Veterans’ Affairs Office.

She said that 25 memorials scattered throughout the county were identified, in addition to 29 located at the Pennsylvania Military Museum in Boalsburg. Veterans of all wars, from the Revolutionary War to the present, are represented. The oldest memorials are dated from the late 1800s to the early 1900s.

To help with the project, local municipal secretaries, local historians and other interested community members were contacted to help locate the various memorials and necessary information about each veteran throughout the county.

The community was very supportive of the project, Querry said.

“We’re very thankful for everybody’s input and extremely thankful, and with much gratitude, to the people who served from Centre County in the military,” Hannegan said. “It was a humbling experience to have collected this data.”

The data will be sent to the state chapter of the American Legion, where it will then be included in a database. Hannegan said the goal is to do the database nationwide.

If any memorials were missed, or if any new ones are erected, data will still be collected, she said.

Immediately following the meeting, a medal pinning ceremony was held to honor veteran James McClellan of Julian, who sered in the Korean War.

The ceremony was conducted by Lt. Col. Robert Smith, who awarded McClellan with three medals. McClellan’s wife Janet was in attendance, along with his son Jeffrey, daughter Jody Keister and son-in-law Randy Keister.

“We are honoring one of our own and honoring your own matters more than just about anything to a service member because we all suffer — and the wives and the children, they suffer, too,” said Lt. Col. Smith.

While he was in the U.S. Army, McClellan missed out on receiving these medals while he was on active duty, explained Querry.

McClellan was awarded the Good Conduct Medal for exemplary conduct, efficiency and fidelity during three years of active enlisted service; Army of Occupation World War II Medal for reflecting great credit on himself and the Army during 30 consecutive days of service in occupied territories of former enemies; and the National Defense Service Medal, which reflects great credit on himself and the Army, and is a U.S. military individual declaration.