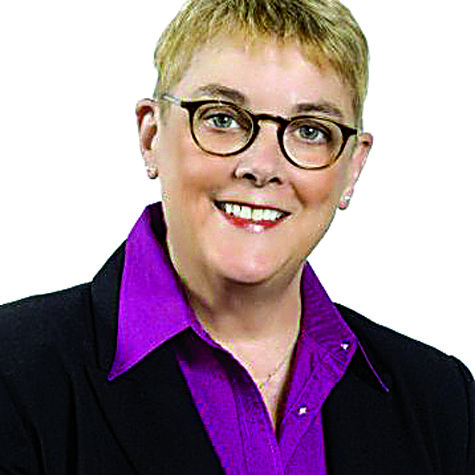 LOCK HAVEN – Dr. Kimberly Johnston, currently Dean of Faculty at the Pennsylvania College of Health Services in Lancaster, is the final candidate for Lock Haven University’s next president position.

Previously, Dr. Johnston served for 12 years as president of the Methodist College of Nursing.

She also has experience as a chairperson and consultant for various higher learning commissions, hearkening to her doctoral dissertation, which was on “Selected Predictor Variables for Role Strain Among Registered Nurse Baccalaureate Degree Students and Their Implications for Higher Education.”

Her doctoral degree was in Higher Education Administration, and she achieved it from Widener University with a cumulative grade point average of 3.9. Her Bachelor, with Honors, and Master of Science, with Highest Honors, were attained from Penn State.

Dr. Johnston also “led a successful re-accreditation of the nursing program and co-wrote the current masters of science in nursing program” during her time at Kutztown University.

Dr. Johnston’s curriculum vitae reveals that she is big on community service – she has served as the following:

r Member of Planned Parenthood of Illinois Board of Directors, 2008-2012

r Member of UnityPoint Methodist Foundation Board of Directors, 2008-2017

Dr. Johnston has the professional certification of Certified Nurse Educator from the National League for Nursing, first awarded in 2005 and due for recertification in 2020. According to her curriculum vitae, she was “one of the first educators in the nation to pass the certification exam and receive this credential.”

She has also served as a grant writer multiple times between 1995 and 2010, including for a $200,000 Illinois Board of Education ICAP grant.

Dr. Johnston currently maintains active membership in the following professional associations, as well as others not listed:

r Phi Kappa Phi National Academic Honor Society, including being a charter member of the chapter at Kutztown University in 1993

Stakeholders can watch selected engagements live online with password protected access to LHU portals via www.lockhaven.edu. Those viewing live for their respective open forum can participate in the discussion by sending questions for the candidate to presidentsearch@lockhaven.edu

However, as noted by university officials, none of the candidate forums are open to the public, and the general public may not participate online.