Rose Hoover/ THE EXPRESS Members of the Mountaintop community bow their heads in prayer during the ceremonies.

A proud day on the Mountaintop

SNOW SHOE — A monument stands at the corner of Olive and Railroad Streets in Snow Shoe. It was originally placed there in May 1943, during World War II, to honor and recognize military personnel from the Mountaintop area, which includes Snow Shoe, Clarence, Moshannon, Pine Glen, and the surrounding vicinity.

Seventy-five years later, almost to the day, the Mountaintop community came together again to dedicate the new Memorial Plaque in Snow Shoe. The ceremony, held on Saturday morning, May 19, was the culmination of much effort, dedication, and pride by many people. 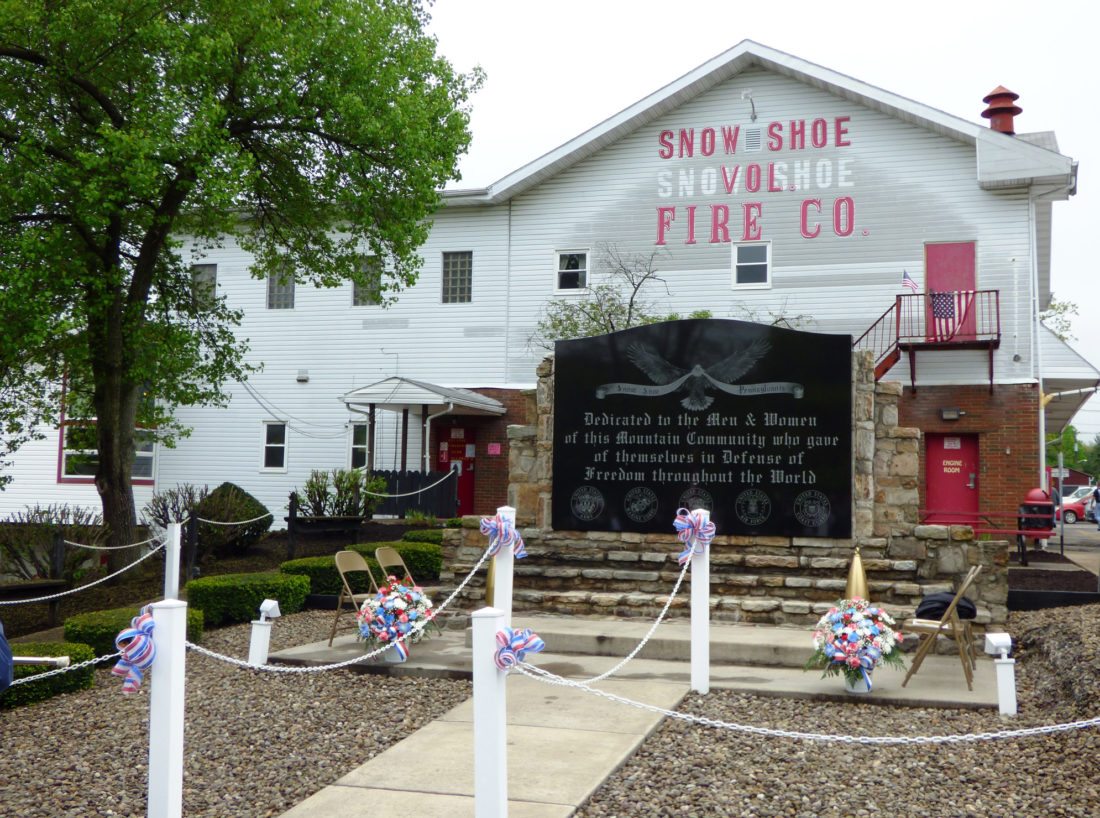 Rose Hoover/ THE EXPRESS The wording on the new plaque reads, “Dedicated to the Men & Women of this Mountain Community who gave of themselves in Defense of Freedom throughout the World.”

Musical selections were provided by Douglas Cooper and Stephanie Baker, who played a trumpet rendition of To the Colors; Pastor Dittman, who sang the Star Spangled Banner; and students from the Mountaintop Elementary School, who sang America, under the direction of BEA Music Teacher, Nicole Kindleberger.

The Colors were presented by Members of the Clarence American Legion Cartwright-Martin Post 813 and Snow Shoe VFW Post 5644 Honor Guard, under the command of Sergeant of Arms Mike Kachik 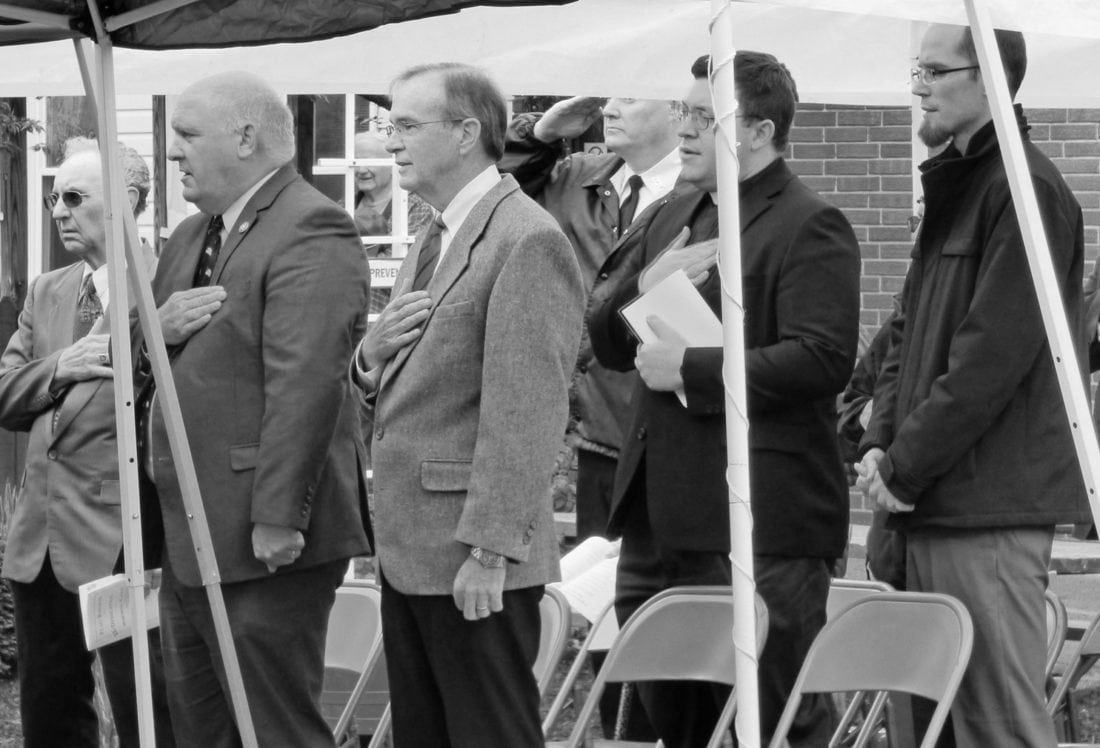 The Snow Shoe Borough is responsible for the maintenance of the plaque, which is located in front of the Snow Shoe Fire Company building. There have been several restorations of the plaque since 1943, including one restoration completed by community member Don Morgan, after he returned home from naval service in 1971.

The current $45,000 memorial plaque project was mainly funded through the efforts of the Snow Shoe Fall Festival Committee. The committee members have raised funds for the past 10 years by organizing the Fall Festival, which is held annually at the Snow Shoe Park.

Dudish also thanked Tim Nilson for researching, editing, and compiling the 36-page dedication booklet for the 2018 Memorial Plaque Dedication Ceremony. The booklet included much local historical information, including the original cover and advertisements from the 1943 dedication booklet.

A community picnic, held at the Snow Shoe Park immediately following the dedication ceremony, was also funded by the Fall Festival Committee. Volunteers from the Snow Shoe VFW Auxiliary and Clarence Legion Auxiliary – headed by Liz Guenot – served the luncheon. The Lions David House Museum provided a display of local military memorabilia at the picnic.

Dudish emphasized that the efforts of many community members made the memorial plaque project a reality, saying “Everyone working together and bringing the community together. It was a group thing – everybody did their part.”