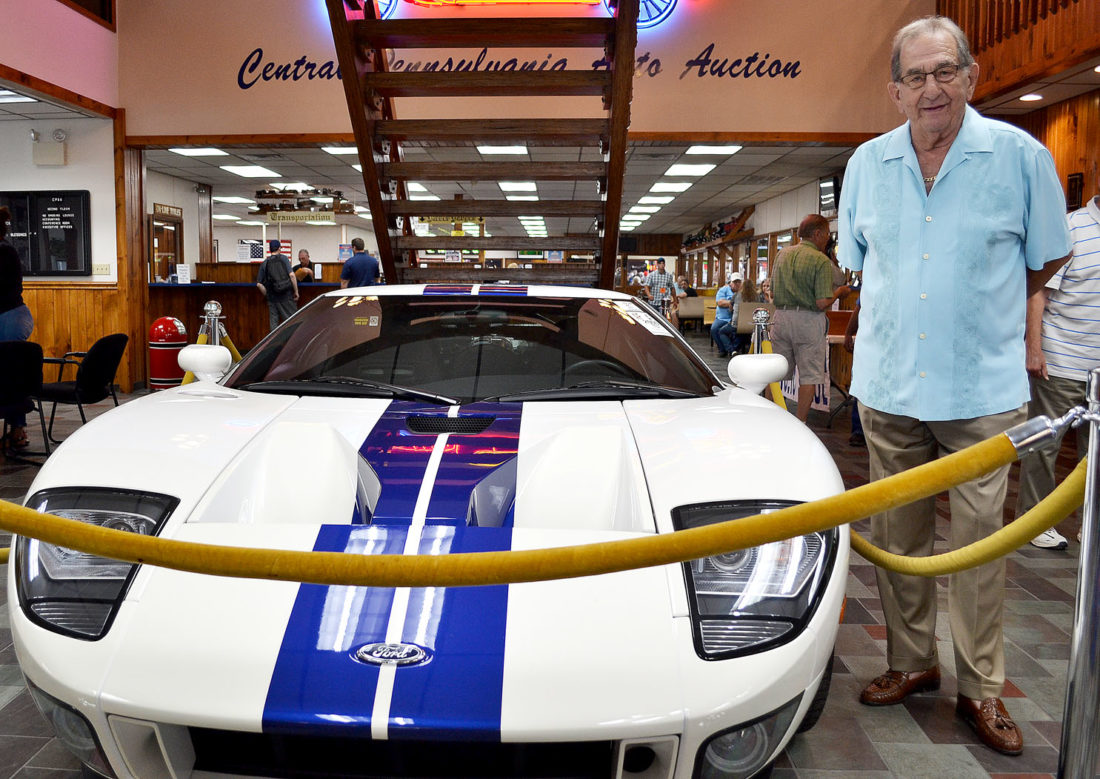 MILL HALL — It’s a bright, sunny day at the Central Pennsylvania Auto Auction in Mill Hall, but inside, things are a bit chaotic.

People are milling about, chatting and scoping out cars, and auctioneers are rattling off cars and prices over the loudspeaker at mind-numbingly fast speeds while a strain of country music floats through the crowd.

Doug is the co-owner of CPAA, a family operation founded by his father, President and CEO Grant Miller, in 1987. Jeanne Miller, Doug’s mother and Grant’s wife, works as the secretary and treasurer.

CPAA’s antique auto auction happens only once a year and usually draws crowds of thousands — the 600 to 700 registered bidders and their spouses and families. More than 400 cars will be featured for sale at the event, and CPAA hopes to sell at least 200 to 300 of them, Doug said. 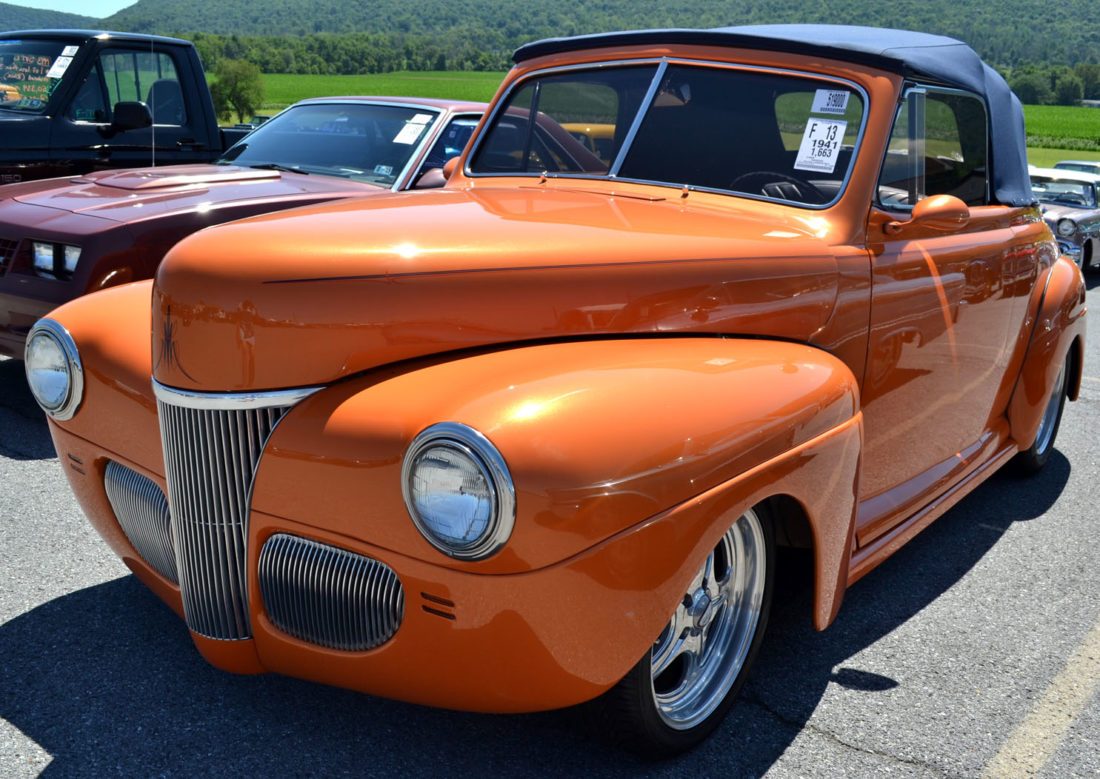 “This’ll be our 17th year for our antique event,” he said. The event, which started Thursday, is opened to the public today and tomorrow.

Every week, on Thursdays, the Millers host a dealers-only sale event, attracting dealers from all over the state, some of whom have been attending for decades.

Carmela Pudimott and her husband Rich, who own Route 29 Auto Sales in Hunlock Creek, Pa., have been coming to the dealer’s sale every week for 25 years.

She said they love that CPAA is a family-owned auction. Since she and her husband own a used car lot, she said, they often look for trucks and SUVs at good prices to stock their inventory every week.

Do they look for older cars or more modern ones? 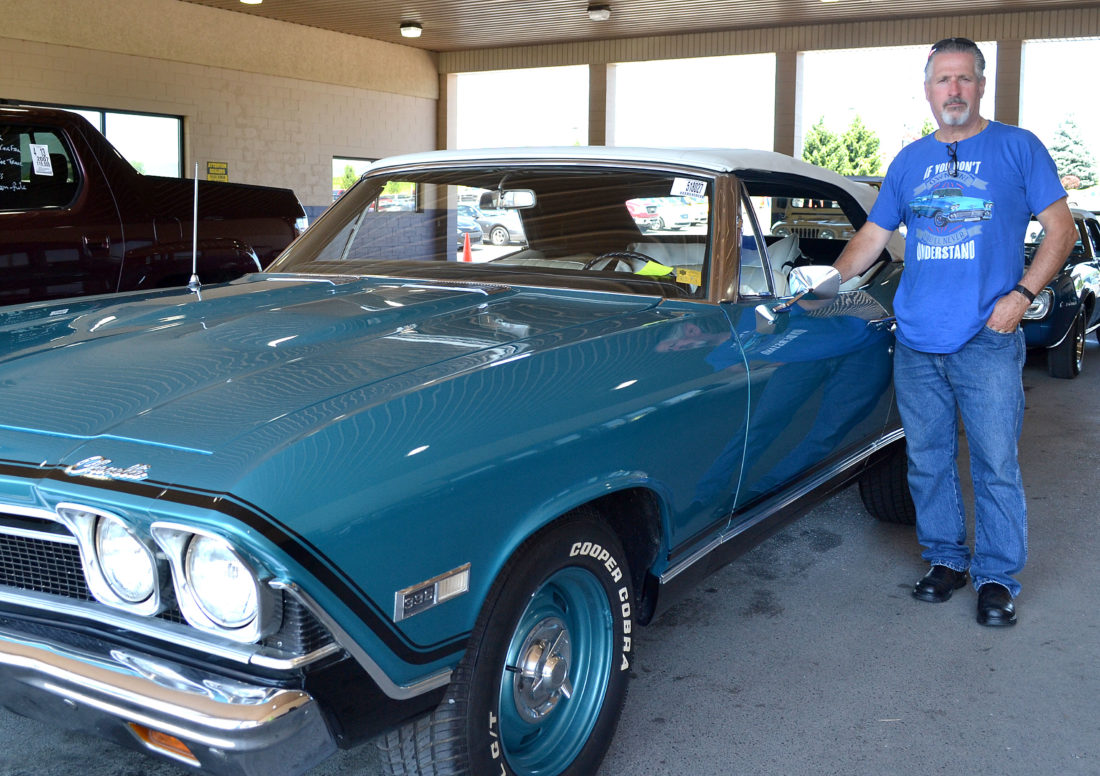 “We normally do a little bit of both,” Carmela said.

Though many people were there Thursday for the dealer’s sale, some bidders and sellers had arrived early for the antique auto auction.

Greg, from State College, who didn’t give a last name, said this particular antique auto auction is his favorite.

“I’ve known Grant for 45 years,” he said. Greg said he likes that CPAA’s sale has a flat seller’s fee of $2,500 no matter the price of the car. And there is a large price range here, with cars ranging from $10,000 on the lower end to $150,000 on the high end. What’s better, he said, is that a seller can leave with the check that same day, instead of waiting three weeks to a month to receive his money like some other car auctions.

Doug said last year, the antique auto auction turned $7 million in sales. It sold 68 percent of the 400 or so cars up for bid. 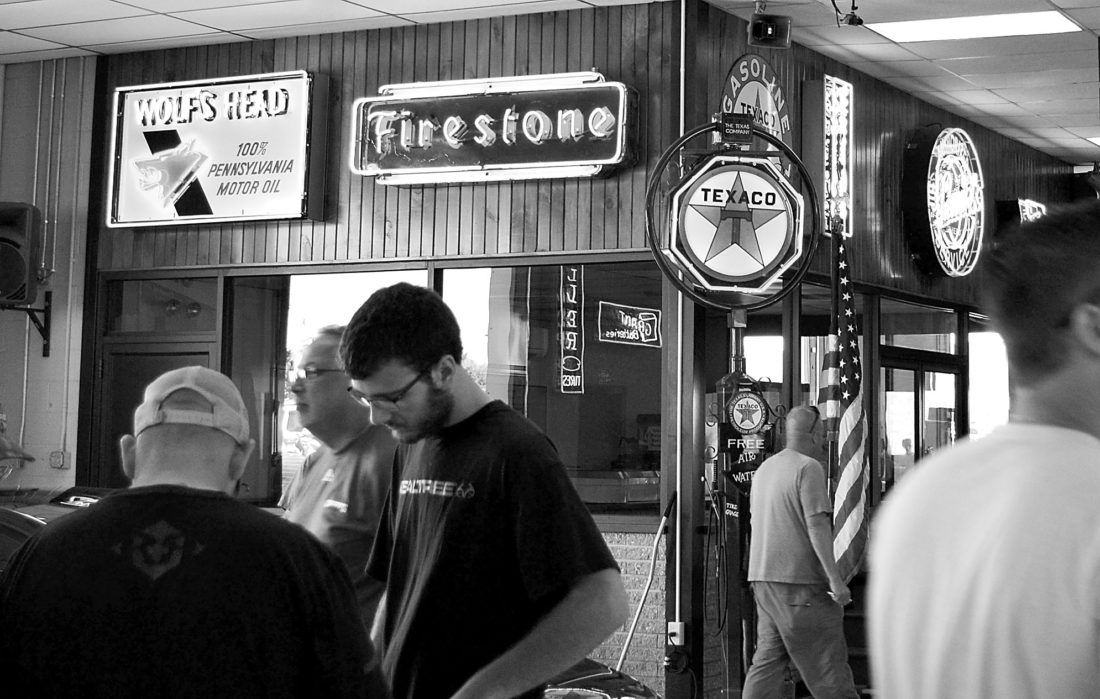 SARAH PAEZ/THE EXPRESS Crowds meander through the bidding lanes of CPAA on Thursday during the weekly dealer’s sale and annual antique auto auction.

“We draw buyers from all over the U.S.,” he said. This year, CPAA even has a phone buyer calling in from Australia.

Outside, Wayne Boyd from Ridgefield, N.J., was watching over his light blue 1968 Chevy Chevelle SS 396 convertible. For Boyd, collecting classic cars is a hobby he and his wife share.

“My wife likes to do it and I spend a lot of time with her,” he said.

He came to CPAA to sell some of his personal collection and maybe add to it. He also brought along a 1958 Chevy Impala convertible.

Boyd said he likes to go to cruises, car shows and auctions all over. He said he’s been coming to CPAA for a couple years, but he’s been collecting for around 25 to 30 years.

The crown jewel of this year’s event–a blue and white 2006 Ford GT–was inside, in a roped off, special area.

Doug said a sale of this size can be stressful, but with the help of the employees, things go relatively smoothly.

“We have a good crew of employees that have been with us a long time,” he said. CPAA employs about 50 people full time, but that number triples for the antique car auction.

Tonight, like last night, the Millers will entertain the sellers, many of whom say, “Grant throws a great party.” They book a band for entertainment and have local vendors — Original Italian Pizza and Dutch Haven — cater each night.

In the parking lot out back, Tom Milligan, of Greensburg, Pa., was checking out a pearl-colored Chevy Bel Air convertible.

Milligan also has a 1957 Bel Air in cherry red and a 1954 polo white Corvette, which he showed a picture of. He said he’s probably come to CPAA’s antique auto auction eight or 10 times.

Milligan’s father worked on cars for most of his life, and passed down that love to his son.

“I’m just a hobbyist… it’s in my blood I guess,” he said with a smile.