WENDY STIVER/THE EXPRESS Stella Anastos holds an award from Downtown Lock Haven Inc. and a citation from the state House of Representatives on the 100th birthday of The Texas restaurant. She and son Phil own and operate the popular eatery. From left are Downtown Manager Kasey Blesh, Phil and Stella Anastos, Phil’s wife Jacqui, and state Rep. Mike Hanna.

LOCK HAVEN — How many hot dogs can you eat in 10 minutes?

“Killer” Kennedy easily walked away with top honors at the hot dog eating contest Wednesday evening on Grove Street, the highlight of the 100th birthday celebration of The Texas restaurant.

Established in 1918 in the same building it’s in today, at 204 E. Main St., The Texas is owned and run by Phil Anastos, his wife, Jacqui, and his mother, Stella. 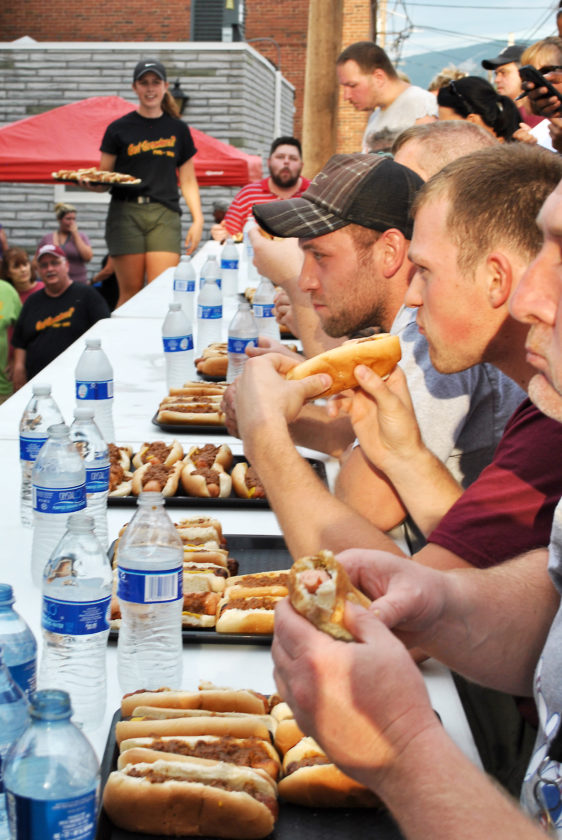 Stella has cooked at The Texas for 57 years, Phil grew up in the business, and Jacqui has worked there for 26 years, as state Rep. Mike Hanna related. He joined fellow Lock Haven residents and others from far and wide for the celebration, hand-delivering a citation from the state House of Representatives. Hanna recognized the restaurant and how its success has bettered the community.

Hanna said you can go anywhere in the country, in the world for that matter, and say you are from Lock Haven and someone will ask, “Hey, do you know that little restaurant The Texas?”

Deb Rudy, field representative for state Sen. Joe Scarnati, stopped by earlier in the day with a similar honor.

And, during the celebration, Downtown Manager Kasey Blesh presented the Anastos family with a plaque from Downtown Lock Haven Inc. in honor of the milestone.

Janine Bruno said she came to Grove Street on a warm summer’s evening “to join in the celebration,” and she wasn’t alone. A crowd of hundreds turned out to eat hot dogs and watch others chow down in the contests. 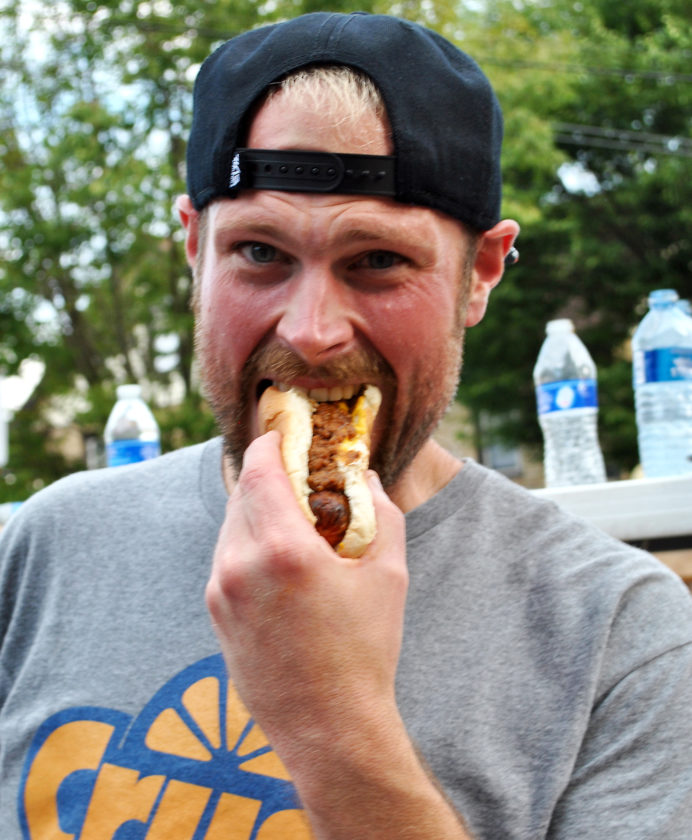 While Kennedy consumed 26 hot dogs, Phil had the foresight to order 3,600 for the landmark occasion. He sold Growler hot dogs to the public for $1 apiece, and folks of all ages lined up to buy them, waiting 20 to 25 minutes for their chance to celebrate Texas restaurant style.

“You don’t get ’em for $1 every day,” said Linda Snook who stopped by with friend Verna Streck for the fun.

Rev. Mark Riley related that he was in line because “Mary said, ‘Go get some hot dogs!'”

Vienna the dachshund turned up with owner Paula Hunter and a big smile on her little weiner dog face.

“I was Peter and Alexis and Olivia’s culinary arts teacher at the high school — I had Phil’s three kids,” she said. “They’ve always been big supporters of the culinary arts program and they’re on my advisory council.”

The celebration included a contest for everyone, not just hot dog eaters, to benefit the culinary arts program. For $1, anyone could take a guess at how many hot dogs, eggs, and pounds of potatoes The Texas served in the past year, from July 31, 2017 to Aug. 1, 2018.

Phil gave out gift certificates to the three people whose guesses were the closest to those numbers.

Also on sale were commemorative T-shirts with the motto “Got Growlers?”

Pete Wert and Gigi Kaluzny kept the crowd entertained with their music before the hot dog eating contests began.

Listening to the music and waiting on the sidelines were contestants James Johnston of Lock Haven and his girlfriend, Suzanne Robbins. Johnston said he just wanted to see how many hot dogs he could eat if he gave it a try, and his enthusiasm swept Robbins along. He said he watched competitions online and tried one contestant’s trick of drinking a lot of water beforehand to expand the stomach.

Emcee Joseph “Satch” Sanders introduced him as “The Viper,” and Johnston ate a respectable five dogs in 10 minutes. The competitor who attained second place managed to eat nine.

All of the male contestants were new to a Texas restaurant hot dog eating contest, Sanders said.

But on the female side of things, Tasha “The Terminator” Benfield of Lock Haven was the returning champion, successfully defending her title.

She won the second, third and fifth Texas contest, then had to wait a decade between the last contest and this one. Evidently she didn’t lose her edge over the years, consuming seven dogs Wednesday night for the top honor.

Kennedy, age 35, said he’s the fourth ranked competitive eater in the world. Watching him at the table, it wasn’t hard to believe.

He lives in Clearfield County and has never had a Growler from The Texas before, he said.

Phil and Jacqui presented a trophy and a prize to each champion, $125 to each adult and $100 to the youth winner.

“It’s been a great day. My head is spinning a little,” Phil said.

He added, “I’d like to thank the customers and the community because without them, we wouldn’t be here.” 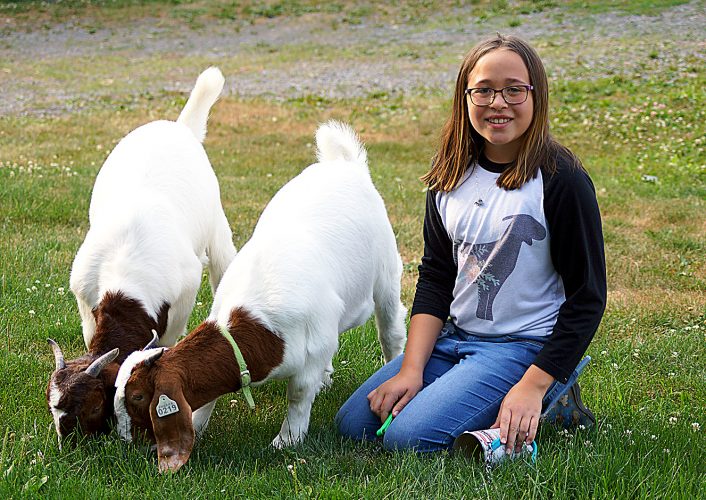