Thousands of kids learn to swim at the YMCA

Fabrice Coffrini/Pool, Keystone via AP Above, English computer scientist Tim Berners-Lee, third left on the podium, best known as the inventor of the World Wide Web, attends an event at the CERN in Meyrin near Geneva, Switzerland, March 12, marking 30 years of World Wide Web. Below, Tim Berners-Lee.

English computer scientist Tim Berners-Lee, best known as the inventor of the World Wide Web, delivers a speech during an event at the CERN in Meyrin near Geneva, Switzerland, March 12, 2019 marking 30 years of World Wide Web. (Fabrice Coffrini/Pool, Keystone via AP)

This Sept. 12, 2015, photo provided by Jacqueline Sones shows a Janolus Nudibranch in Bodega Harbor, Calif. A new study reports that dozens of warm-weather species of sea slugs, jellyfish and other marine life migrated into the northern California region over an unusually long two-year period of severe heatwaves. The University of California, Davis report is to be published Tuesday, March 12, 2019, in Scientific Reports. (Jacqueline Sones via AP)

This April 23, 2016, photo provided by Jacqueline Sones shows a violet sea snail in Bodega Bay, Calif. A new study reports that dozens of warm-weather species of sea slugs, jellyfish and other marine life migrated into the northern California region over an unusually long two-year period of severe heatwaves. The University of California, Davis report is to be published Tuesday, March 12, 2019, in Scientific Reports. (Jacqueline Sones via AP)

In this March 8, 2019, photo, House Speaker Nancy Pelosi of Calif., speaks at the Economic Club of Washington in Washington. Pelosi is setting a high bar for impeachment of President Donald Trump, saying he is “just not worth it” even as some on her left flank clamor to start proceedings (AP Photo/Manuel Balce Ceneta)

SARAH SMELTZ/FOR THE EXPRESS Clinton County employees and guests gather for the ceremonial ribbon cutting celebrating their purchase of the Piper Blue building.

AP Photo/Matt Dunham Pro-Brexit leave the European Union supporters, left, and anti-Brexit supporters take part in a protest outside the Houses of Parliament in London, Tuesday.

PHOTO PROVIDED This group of youngsters are enjoying the sport of swimming at the YMCA.

PHOTO PROVIDED A coach from the YMCA supports the swimmers while they do laps. 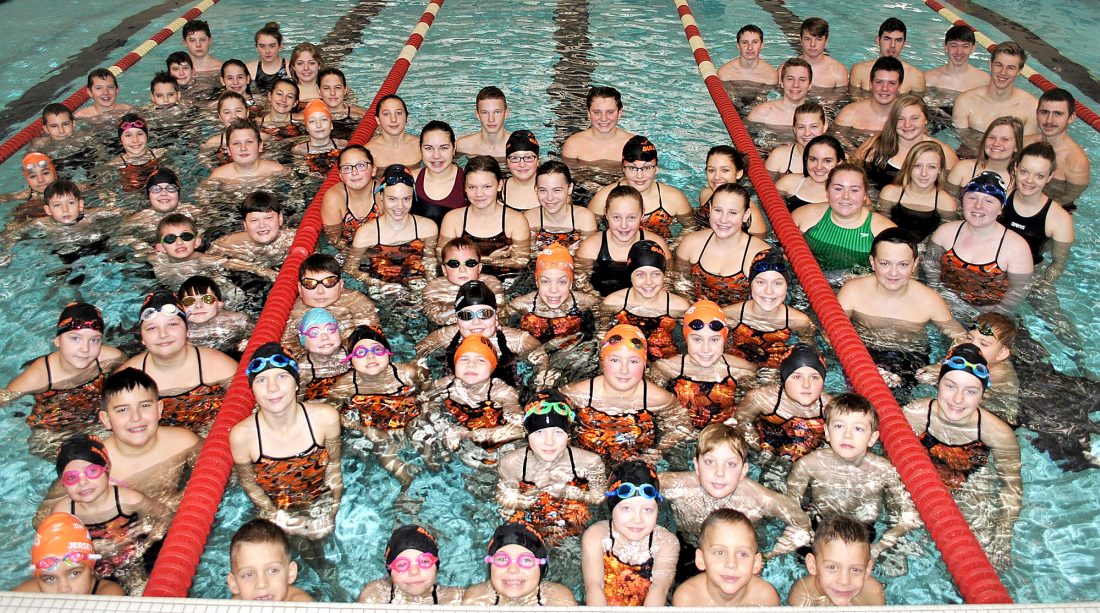 PHOTO PROVIDED This group of youngsters are enjoying the sport of swimming at the YMCA.

JERSEY SHORE — Marsha Hull’s dream for her son Spencer was for him to be on a swim team. What was most important, however, was for her daring son to be able to keep his head above water and get to the edge if he fell in.

Spencer started swimming when he was 3 years old. When he started swim lessons at the Lock Haven Area YMCA he was so afraid of the water that he clung to the instructors.

Spencer has PTSD, sensory issues, and is on the Autism Spectrum, along with his already daring nature. He started taking private swim lessons because class with other children was distracting for him and he responds better in a one-on-one setting.

Now, almost 2 years later, Spencer is almost 5 and can swim.

“He goes under water and jumps in the pool all by himself!” said Hull. “He used to be afraid of floating on his back and wouldn’t let go of the teacher. He’s now learning to overcome that fear.” 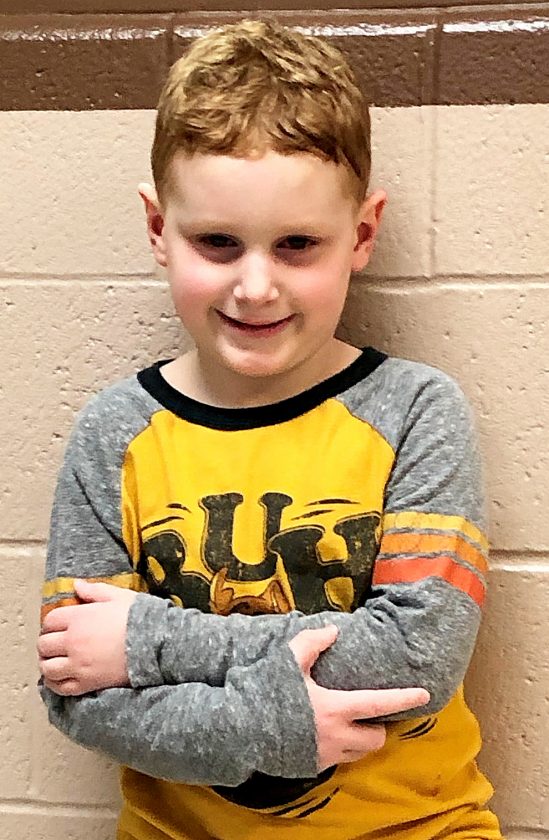 According to Y-USA, Drowning is the leading cause of death for children 1 to 4 years old and is the second leading cause of death for children from 5 to 14 years old. The YMCA introduced the concept of group swim lessons more than 100 years ago in 1909. Since then, nationally, the YMCA has become the number one community resource for providing water safety and teaching swim lessons. Each year, the Y teaches more than a million children invaluable water safety and swimming skills in more than 2,000 pools.

The Lock Haven Area YMCA offers both group and private swim lessons all year round. In 2018 they taught more than 100 children in our community how to swim and currently offer weekly lessons to 40 plus children in their childcare program. The Lock Haven YMCA will soon become a branch of the River Valley Regional YMCA and their combined efforts will be able to help even more children learn safety around water and how to swim.

Every year the River Valley Regional YMCA provides hundreds of local children with swim lessons through group, homeschool and private lessons. In 2018 the RVR YMCA helped more than 780 children learn to swim through group lessons and provide weekly lessons for their preschool for about 100 kids. The Lock Haven and RVR YMCA’s combined helped more than 1,000 children in our area learn to swim in 2018.

In addition to water safety and swim lessons, the YMCA has been a national leader in competitive swim for more than 100 years since the first national YMCA swimming records were filed in 1907. The River Valley Regional and Lock Haven YMCAs are home to three competitive swim teams: The Jersey Shore YMCA Bullfrogs, the Eastern Lycoming YMCA Eels and The Lock Haven YMCA Loggerheads. The Tioga County YMCA has joined the Jersey Shore team and created Jersey Shore North. The Bullfrogs partner with the Jersey Shore Area School District to use their pool for practices with their season running from October to March or April depending on how they place at the district competitions.

Part of the CENKEY YMCA League, the Bullfrogs continue to grow with children from Jersey Shore, Williamsport and South Williamsport to as far north as Mansfield, Wellsboro, and Towanda participating. Their team of 106 children recently competed in the Silver Districts and Novice Championship at Lock Haven University where they took first place out of seven teams along with breaking and/or setting meet records in 37 events. Earlier in February they competed at the Championship Meet at the Clearfield YMCA where they placed fourth out of 10 teams. 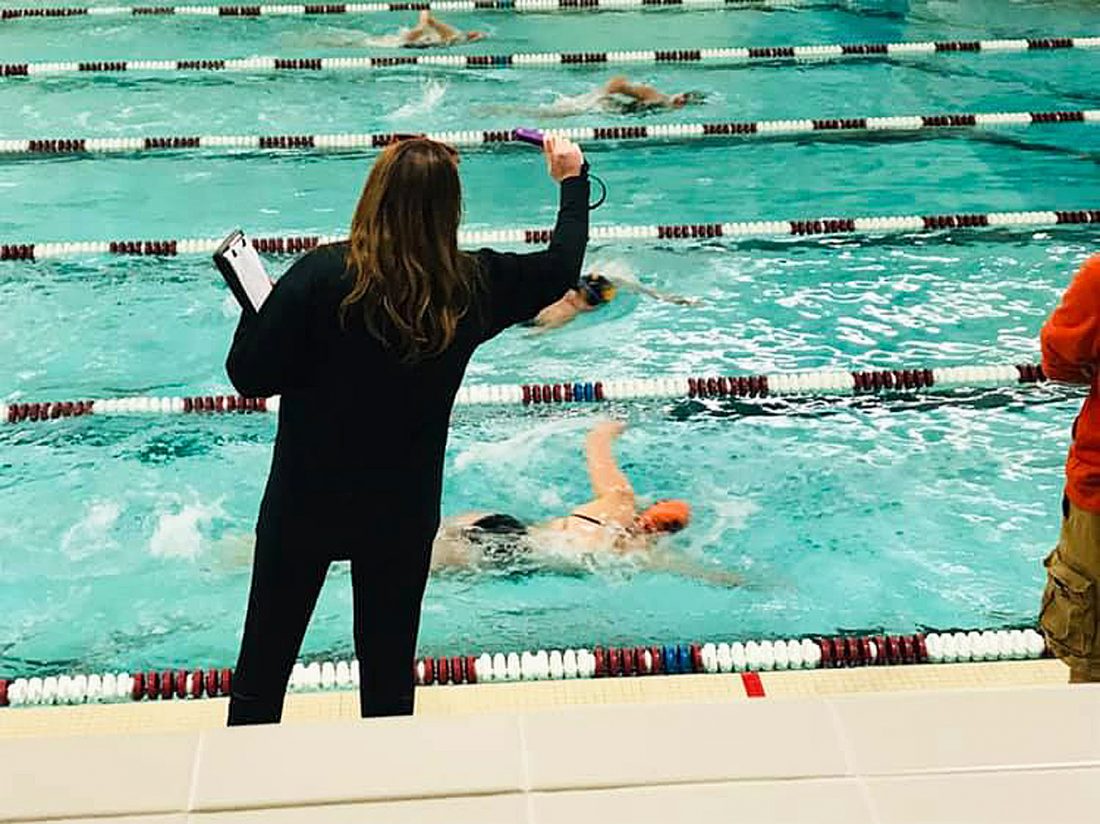 PHOTO PROVIDED A coach from the YMCA supports the swimmers while they do laps.

“Swim Team is so much more than just swimming,” explains Shelley Moore, one of the Bullfrogs coaches. “It teaches the kids the value of teamwork and how to work hard to reach their goals. As coaches, we are more excited to see them swim a personal best time than to beat the person in the lane beside them.”

The Bullfrogs compete as close as the Lock Haven University and as far away as the Philadelphia Area. Their most recent meet was the Central District Championship Meet, held at the Graham Aquatic Center at the YMCA in York, Pa. on March 8, 9, and 10. This edition went to print before we received the scores. 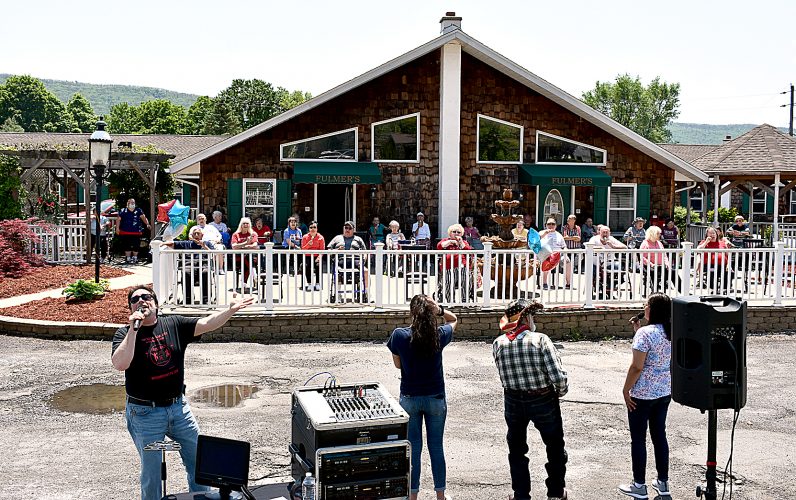 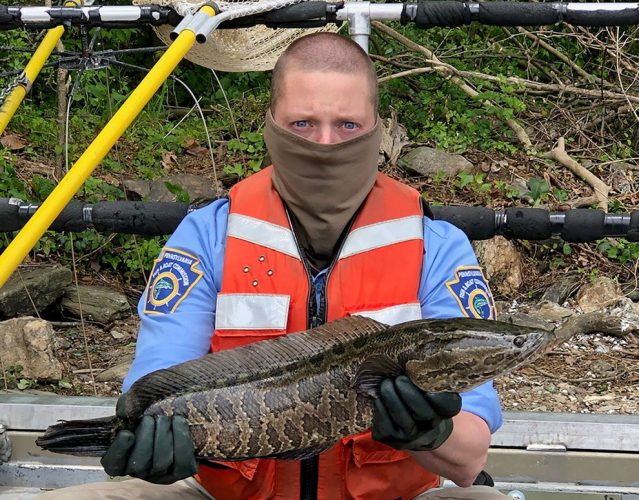 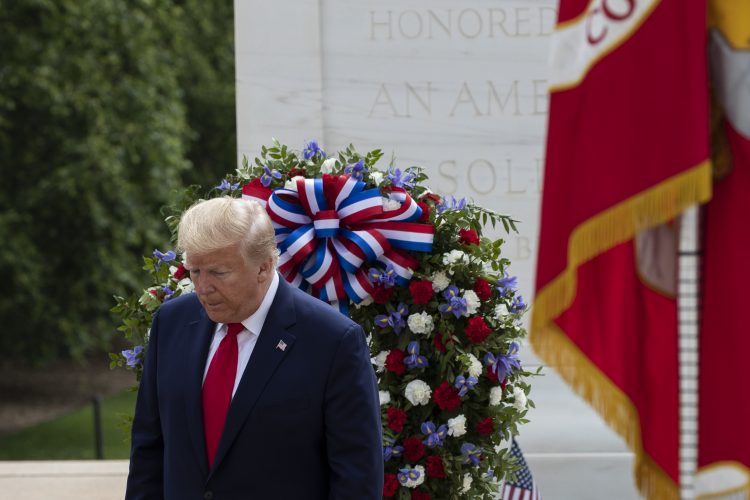