Lawyer: Challenge to NYC’s vaccination order in the works 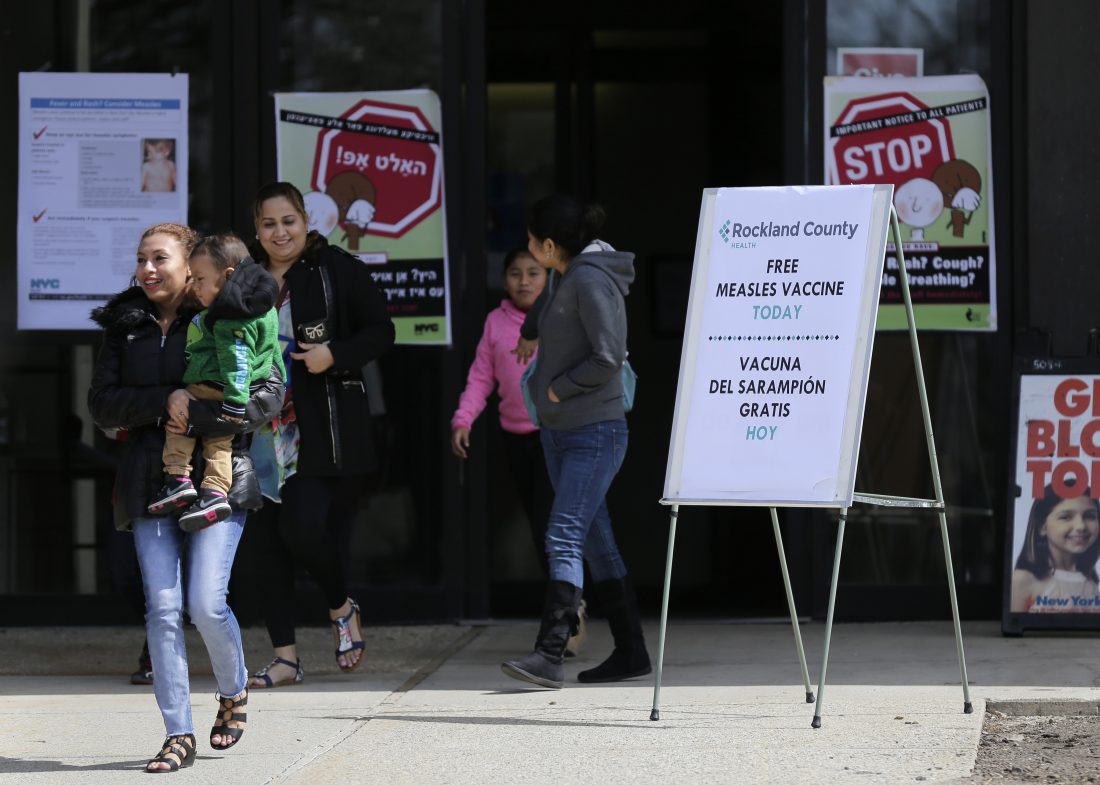 NEW YORK — New York City’s effort to halt a measles outbreak by ordering mandatory vaccinations in one Brooklyn neighborhood is facing opposition, with lawyers for parents opposed to vaccinations promising to file a lawsuit challenging the order by Friday.

But city health officials say they have they have struck the right balance with the unusual order, and they hope a mixture of outreach and prodding will overcome resistance to vaccines in a slice of the predominantly Orthodox Jewish community hardest hit by the disease.

“The measles vaccine is highly effective,” Dr. Herminia Palacio, the city’s deputy mayor for health and human services, said Wednesday. “Measles is highly contagious. That combination means this is the right time for this measure.” 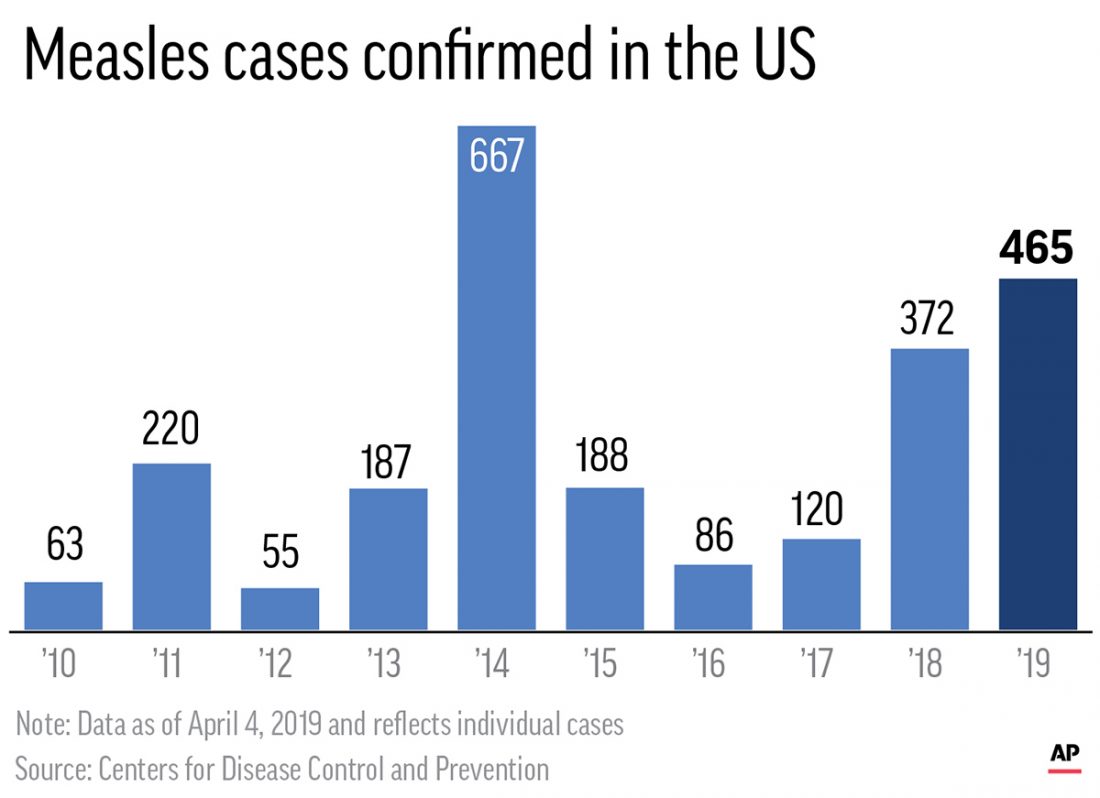 Palacio spoke a day after she joined Mayor Bill de Blasio and other officials in announcing the vaccine order affecting four ZIP codes in the Williamsburg section of Brooklyn and threatening possible fines of up to $1,000 for noncompliance.

Civil rights attorney Michael Sussman called the order “an overreach of authority” and said a lawsuit challenging it will be filed this week.

Sussman also represented a group of parents in suburban Rockland County who challenged the county executive’s order barring unvaccinated children from indoor public spaces. A state judge sided with the parents and issued a preliminary injunction against the emergency order last week.

New York City and Rockland County are both struggling to contain a measles outbreak that has mainly affected Orthodox Jewish families.

Some 285 measles cases have been identified in New York City since last fall, compared with two in all of 2017. There have been 168 cases reported in Rockland since the fall.

Authorities will carry out the order by interviewing Williamsburg residents who have been diagnosed with measles and then interviewing everyone who those people have come in contact with.

“These are skills that we practice every day,” Palacio said. “It’s not just that they know what questions to ask. They actually do know how to work with people. They have experience gaining people’s trust.”

The health officials will try to persuade any unvaccinated person who has been exposed to measles to get the vaccine. People who refuse the vaccine or who refuse to get their children vaccinated could be fined, though de Blasio said he hoped to avoid levying any fines.

“Our goal is not to fine anyone,” de Blasio said. “Our goal is to get people vaccinated. But we’re also trying to help everyone understand there is urgency here.”

The city believes an estimated 1,800 children in Williamsburg were not immunized as of December.

Health officials have made robocalls urging vaccination to more than 30,000 Williamsburg households and have stocked health care providers in the community with an ample supply of vaccine, Palacio said.

Officials said their efforts have paid off with 8,000 additional vaccinations in affected neighborhoods compared with the prior year. But they said they were taking additional steps to control the outbreak in advance of Passover, when some families may travel overseas to areas in Israel or Europe that are experiencing measles outbreaks.

Doctors who practice in Brooklyn’s Orthodox Jewish communities say only a small number of people refuse inoculations outright because they believe erroneously that vaccines are harmful or that they violate Jewish law, but factors including large families may have helped the outbreak spread.

“There is an element of anti-vaccine supporters and sympathizers who do not want to get shots. It’s a very small minority,” said Dr. Jay Begun, a pediatrician in Williamsburg.

But Begun said a larger number may delay the first measles-mumps-rubella vaccine until 2 years of age instead of the recommended 1 year, vastly increasing the number of unvaccinated children who can be infected.

“Once you delay it a few months, you exponentially increase the vector for infection,” said Begun, who said families of eight to 10 children are typical in his practice. “You have a larger pool of babies. The delay it is what’s fueling this outbreak.”

Begun said he believes the city’s vaccination order will be effective. “I think it will help in getting the community covered,” he said.

Meanwhile on Wednesday, officials in Westchester County just north of New York City announced that measles has been confirmed in eight children who were apparently exposed to the highly contagious virus while visiting Rockland County or Brooklyn. Six of the children are siblings.