LHU rises to the challenge, raises $117,761 for scholarships 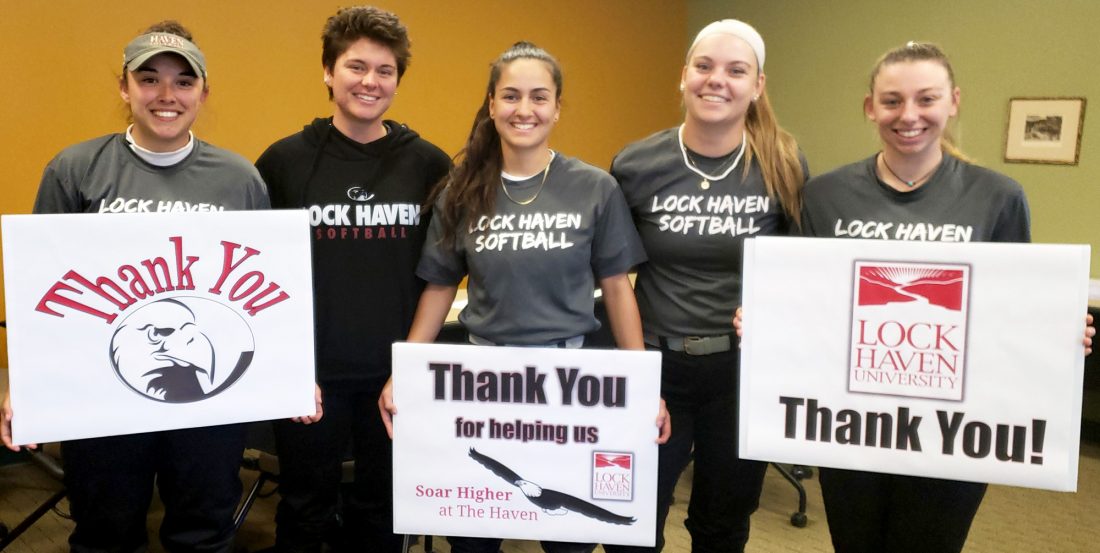 Donations made during the 24-hour event are used toward student scholarships in support of specific LHU athletic or academic programs and donors were able to designate where they wanted their donations to go.

Throughout the 24-hour period there was a phone-a-thon and fundraising totals were regularly updated on the university’s website and social media platforms. Video challenges were also shared on social media. 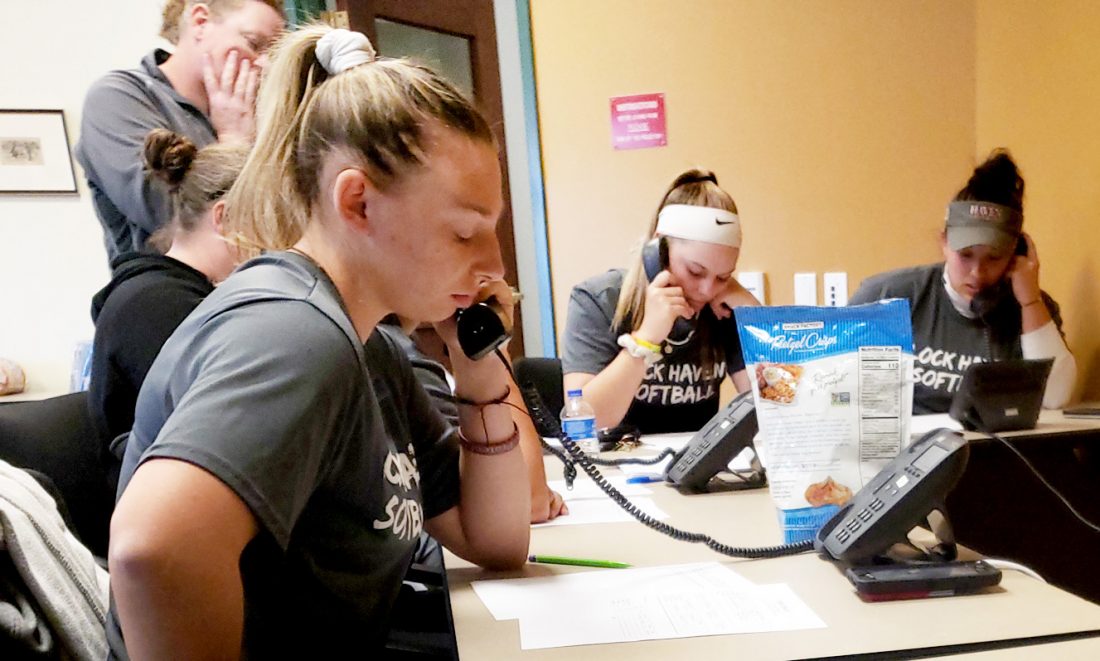 KIARA TINNIN/THE EXPRESS LHU students on the phone collecting donations to raise money for the All In Day of Giving scholarship.

There was also a surprise challenge going on throughout the 24-hour period to keep encouraging people to give and leverage their gift even more.

Director of Alumni Relations Ashley Koser was among the volunteers as they pushed for donations. Koser stopped to talk about different ways friends, family and alumni cancall in to donate to the cause, either via phone at 570-4842560 or online at lockhaven.edu/allin.

Historically the money has been used for athletics and academics, but this year, the group has been able to incorporate something else– the new Student Retention Fund, created by LHU President Dr. Robert Pignaello. The Student Retention Fund will help current students who might be short on tuition and other costs and are in need of financial assistance.

“Some students are short for their tuition by $50 to $200 and we’re losing those students,. The retention fund is a way to bridge that gap and keep those students here while helping them get their degrees,” said Koser.

Almost half way through the fundraiser, the overflowing amount of gifts were pouring in and the goal of $50,000 had been reached.

Phones where ringing off the hook as ladies of the LHU softball team volunteered their time answering phones calls from generous donors. Other athletic teams also volunteered to help the Soar Higher Challenge of getting 500 donors by noon Friday.

Koser was especially excited for one of the challenges this year — Ralphie’s Challenge.

This event had students, faculty, donors and alumni take a picture of themselves, their dog, child, co-worker or sports team wearing Lock Haven University gear, and post it to social media using the hashtag #LHUALLIN. The photos were entered into a random drawling to win $500 to go to a scholarship on their choosing.