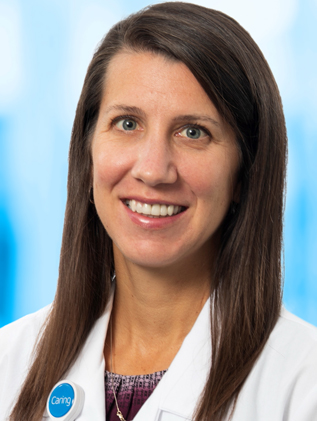 BOALSBURG –Measles is hitting close to home with the first possible case reported this week at Mount Nittany Medical Center in Centre County.

“Out of an abundance of caution, the Mount Nittany Physician Group Pediatrics immediately reported a possible case of measles to the Pennsylvania Department of Health (DOH) and followed all DOH guidelines to ensure the safety of patients and staff,” Ilie said.

“Our first priority is to protect the health of our patients and the community,” she continued.

Following the report, patients with appointments scheduled for Thursday were called and given the option to reschedule their appointments.

The practice has remained open and is following DOH guidelines, Ilie said.

Measles was one of the most common childhood diseases in the early 1900s before wide spread immunization with nearly 500,000 diagnosed cases and 500 deaths each year in the United States, according to the Pennsylvania Department of Health’s website.

DOH reports that the number may have been significantly higher due to some patients not going to a doctor for diagnosis. The estimated number is actually between 3 to 4 million each year.

That number significantly dropped by approximately 98 percent after widespread vaccination began in 1963.

“Despite having a safe and effective vaccine for over 50 years, measles is still the leading vaccine-preventable disease killer of children throughout the world,” the website said.

Measles has become a topic of debate recently as hundreds of cases are reported across the country.

At the beginning of April, New York City declared a health emergency and ordered mandatory vaccinations for people exposed to the virus after over 300 cases were reported.

Other states such as California, Michigan and New Jersey have also seen the number of reports spike in 2019.

Symptoms include red eyes, fever, cough, runny nose and spots in the mouth followed by a rash that starts on the face and spreads down the body.

Other complications such as encephalitis (inflammation of the brain), pneumonia, nerve damage and death can occur in up to 3 in 1,000 patients, Dr. Kathryn Eisenhuth, a pediatrician at Geisinger Gray’s Woods, said. Measles is the most dangerous for children under five years old, pregnant women or those whose immune systems are compromised as well as those with a vitamin A deficiency, Eisenhuth said.

So what can you do to prevent the spread of measles?

“The most important intervention to prevent measles is vaccination,” Eisenhuth said. “Measles is one of the most contagious diseases known. When an unvaccinated individual is exposed to measles virus, they have a 90 percent chance of developing the disease.”

“Measles virus has an incredible ability to infect susceptible individuals, in part because it remains airborne for up to two hours, allowing infection to occur even without face to face contact,” she continued.

Those who are vulnerable to the disease are best protected when everyone around them is vaccinated.

“The best way to protect the most vulnerable members of our society is to vaccinate those around them,” Eisenhuth said. “We provide this “herd immunity” only when 95 percent of people in our community receive a vaccine.”