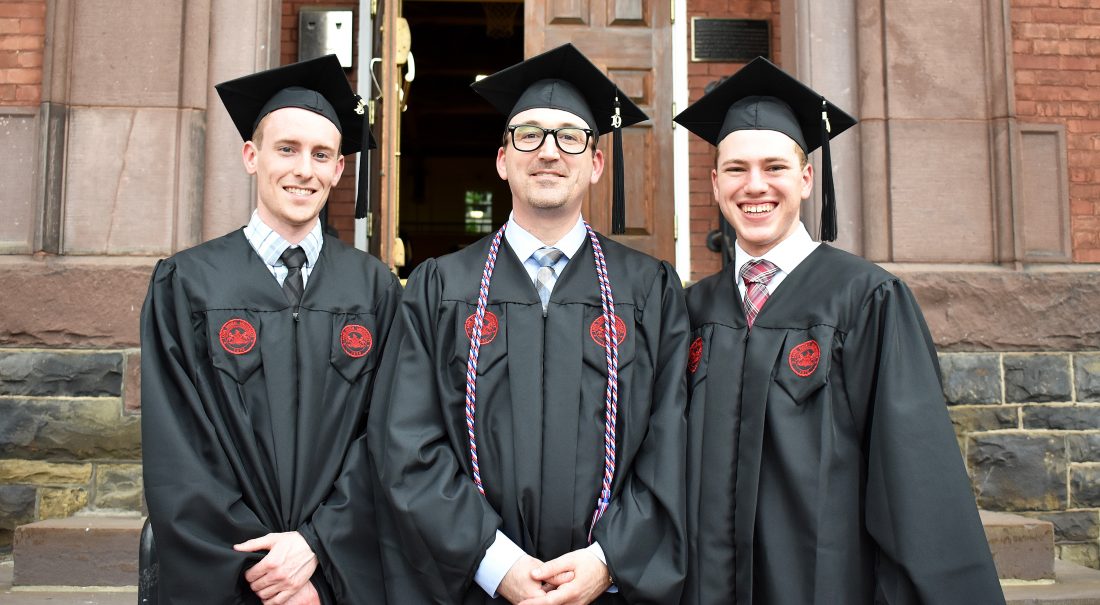 LAURA JAMESON/FOR THE EXPRESS A graduate smiles proudly at family as she enters Thomas Field House.

a few graduates are all smiles before Friday night. 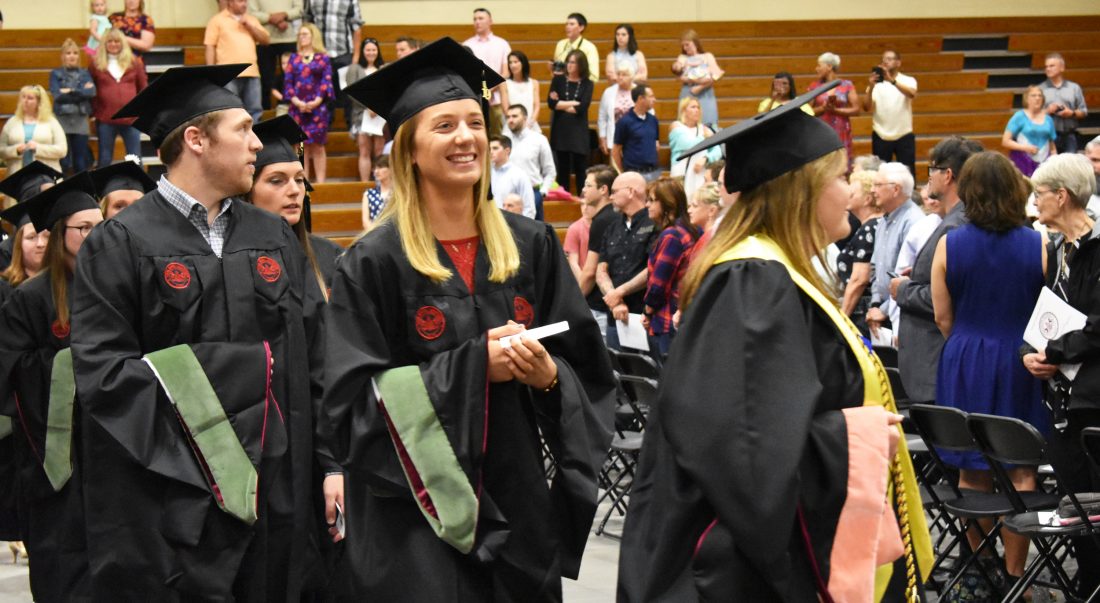 LAURA JAMESON/FOR THE EXPRESS A graduate smiles proudly at family as she enters Thomas Field House.

125 students earning their Master’s of science, education or health science, listened with rapt attention as Evans shared keys to finding meaning in their work, life after graduation and in times of uncertainty.

Evans is a 1986 graduate of LHU who went on to become president and CEO of ProtoCall Services, which provides immediate access to telephonic professional crisis intervention services.

However, his journey to this point in life was not an easy one, he said.

After graduating from LHU, Evans found himself thousands of miles from home in a city he was unfamiliar with, attempting to make a living.

He would start three businesses that would fail before launching ProtoCall in 1993 with 13 other people. 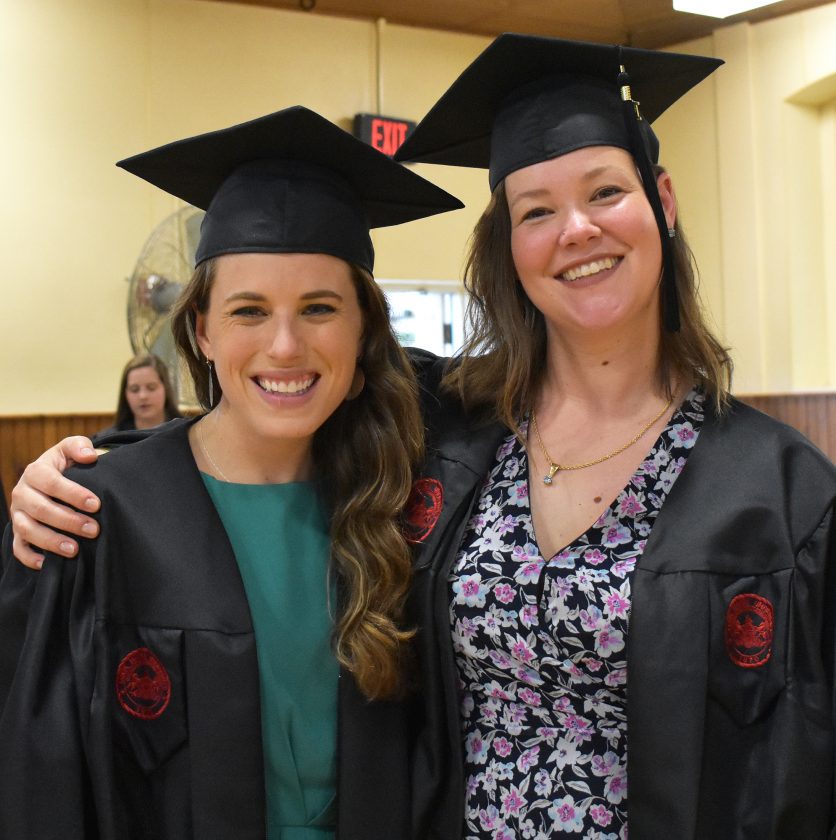 a few graduates are all smiles before Friday night.

It was thanks to LHU that he would continue to push himself out of his comfort zone and reach success in life.

“During my time at Lock Haven University I would gravitate to things that pushed me out of my comfort zone,” he said. “Embracing uncertainty has been what has created possibilities (for me).”

He encouraged those in front of him to embrace uncertainty. To chase the rush that comes along with it.

“You’ll know you did it right if your heart beats faster and your palms feel sweaty,” he said.

He also encouraged them to learn to embrace this feeling and thrive on it.

Even now, Evans continues to push himself into uncomfortable positions. This was the first time he’d spoken in front of a large crowd of people, he said.

“If I had let anxiety win I wouldn’t be here,” he said.

Evans not only encouraged the students to embrace change and uncertainty, but to also find their purpose in life. “Make knowing your purpose a priority,” he said.

“No matter what the world around you is doing you must be the master of your purpose,” he said. “Sometimes finding your meaning might mean a deeper look at what you do… what you really do.”

“You’ll know you found it if you win the lottery and still want to go to work the next day,” he explained.

Money is not what the people in front of him should strive for, he said.

Evans quoted President Woodrow Wilson who said, “You are not here merely to make a living. You are here in order to enable the world to live more amply, with greater vision, with a finer spirit of hope and achievement. You are here to enrich the world, and you impoverish yourself if you forget the errand.”

“It’s an honor to be here to recognize our students,” he said.

While many wouldn’t endure the stress and frustration of a Master’s degree program “you guys seem to marinate in it,” he joked.

He spoke of the many memories they have made over the years. “But don’t rest on those memories,” he said. “Use those to push you and others forward.”

Members of the faculty at the university would always be there for the students even after they left its campus, he continued.

“So instead of farewell, how about until we meet again,” he concluded.

“The bald eagle is not only the mascot of Lock Haven University, it is a symbol of strength,” she said.

She and her fellow students started out as fledglings, just learning to fly, she said.

It was through the help of faculty, staff, their fellow students and loved ones that helped the grow into their own strong eagles that are ready to soar, she continued.

“Without each and everyone of them we wouldn’t be here,” she said. “Just like an eagle faces its storm, so have we.”

Newcomer concluded her speech by encouraging her fellow classmates to never forget about the ones who helped them get to where they are.

“Class of 2019 I’d like to ask one thing of you… please never forget about those who helped you get here,” she said.