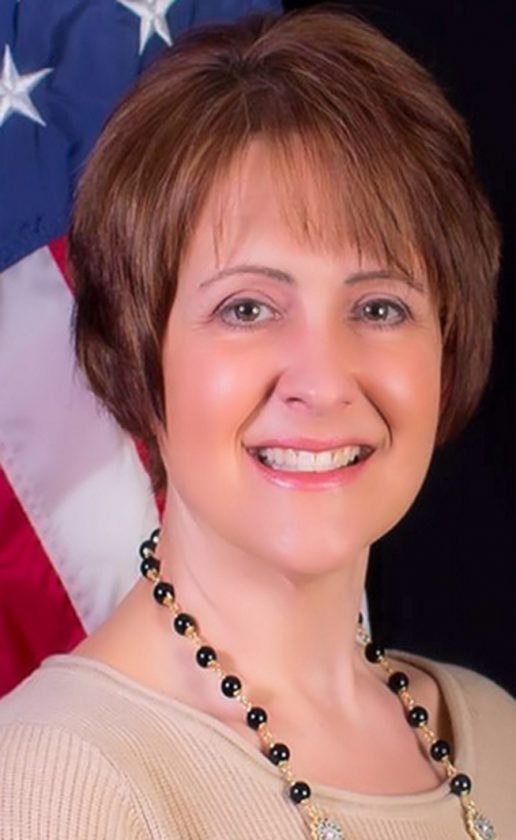 LOCK HAVEN — Michele Whitney, 50, who is seeking the Republican nomination for Clinton County commissioner, said she is all about representing the people.

Asked why she wants this job, she replied, “Clinton County has an 18 percent poverty rate. One out of every two of our citizens leave the county to go to employment in other counties such as Centre or Lycoming. We are in a downward spiral. You learn a lot when you go door-to-door, let me tell you. When you go out to these areas, and you see Renovo, Loganton, and these rural areas that need help… our county is not doing that. They seem to be supporting the county seat of Lock Haven, but they are not supporting the wealth within the county itself. You go to Renovo, it is dilapidated. It is almost like a ghost town. It has so much potential and so much ability. It used to be a railroad giant. Now it is nothing much. I don’t want to say it is ‘nothing,’ either, but there is a lot of potential there and we have a lot of growth to do there, and a lot of expertise to tap into.

” I think we can get the county back on the right road. It is going to take a lot of marketing, outreach, and we are going to have to stop waiting for people to show up. We can’t wait for businesses and industries to come here. We are not doing a good job marketing ourselves, putting ourselves out there and networking. There is no reason we can’t network with people from California, Las Vegas, or New York. That is how you get that kind of business to come in … form that relationship, market, and sell the county to all these different entities. Maybe they aren’t a perfect fit, but they may know somebody who is. We don’t have very much outreach.”

Whitney said she is not a politician, but rather “one of the people.. a taxpayer representing the people. I am not a part of the political machine. Our politicians seem to think that we are here to support them. We pay taxes, they spend it. They increase taxes, they spend it. It is just an ever evolving situation that doesn’t help anybody. They’re supporting them. The taxpayer is supporting the political machine. They take care of themselves, ask the taxpayer for more money and build themselves a building. They expand government, give each other raises, and everybody is happy… except for the taxpayers, because we are supposed to keep feeding them money. What do we get in return? A bummed out economy that is not growing. Our tax base is losing buildings. We are losing money off of the tax rolls. We have devastated areas. I am not a politician.”

As far as changes needed to be made, Whitney said, “The political machine is fully functional in Clinton County’s government, let me tell you. When looking for answers, there is very little transparency. As a member of the public, when I go to a meeting, I want to know what is going on in the county. It is difficult to find out exactly what is in the budget, how much money was spent on exactly what, where did it come from and where is it going. We need to open the government up and give it back to the people. This is what we are spending money on, wasting money on, the direction we are headed and where the county should be going. That information is helpful to the public. We shouldn’t have a board of three people sitting up there on a bench, on a pedestal, saying ‘this is what we are going to do’, without any public input. The only time we have any public input is when you happen to stagger onto something in the newspaper that someone picked up on. The county doesn’t really have very much interaction with the public, and that is definitely something that needs to be changed.”

Asked about the most important issue that needs to be addressed, Whitney responded, “It is definitely no new taxes, meaning property taxes. The current commissioners recently proposed a new $5 vehicle tax. My husband and I were very instrumental in bringing that to light. We had seen it in the newspaper and said ‘we better go, because they are actually going to pass that.’ I do believe that they would have, if we hadn’t gone to the meeting and asked for a town hall. They had it open to the public and plenty of people showed up. We actually stopped that tax, and I think that was very important.

“No new taxes, our people can’t afford it. We have to expand our market. It has been referred to as ‘brain drain’, and it is an actual term. That is when your kids grow up and they move out of the area for a college or a career, and they don’t come back to the rural area, because it may not support what they are looking for… which would be a nice familiar area to raise their children. What happens when they don’t return? They learn all these wonderful things out in the world, but they are not bringing it back home. That is something that definitely needs addressed. We need to incentivize that in particular. We have to give them outdoor recreational areas, community theatre, economic development. All the things that they want to return home with their expertise in order to enjoy living here again. Our kids come home and it is stagnant. You look at my husband. He came back. He has a master’s degree in economic and community development. I came back with an executive Microsoft position doing technology. It is important to bring those people back in order to help the local area advance, and to further themselves with forward, out-of-the-box thinking. There is an opportunity to bring more things to the area like social media marketing. There is a radio station in the county, and things like that, where we can do so much. We can do viral marketing campaigns. These are all very good things and it is very important.”