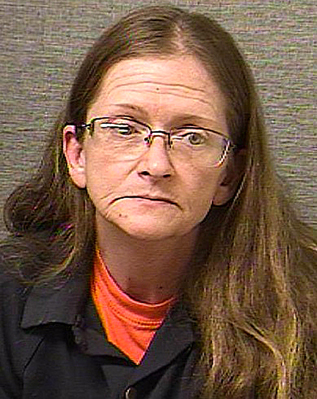 LOCK HAVEN — Dawn Louise Cole, 55, of Saint Clair Avenue in Renovo, was sentenced to serve 11 months to six years of county incarceration and supervision on one count of felony possession and intent to deliver cocaine.

The sentence was handed down this week by Judge Michael F. Salisbury.

At the sentencing hearing, District Attorney Dave Strouse argued that Cole deserved to be sentenced to state prison, despite her lack of a prior criminal history, due to the fact that Cole reportedly would travel to obtain drugs from larger cities and then transport those drugs into Western Clinton County.

In imposing the sentence, Salisbury cited Cole’s drug abuse and lack of any prior treatment as significant, but refused to impose a sentence in line with the time-served request made by Cole’s attorney, Public Defender Paul Ryan.

Cole was arrested last December by Renovo police after Corporal Mike Jeffries, K-9 Jordan, and Police Officer Ryan Bratton initiated a traffic stop on a vehicle after observing traffic violations in Renovo, according to court documents.

When police approached Cole, the driver of the vehicle, they observed a strong odor of raw marijuana coming from inside the vehicle, according to court documents.

A search by police produced more than 70 grams of crack cocaine and 53 grams of marijuana, as well as several items of drug paraphernalia, a loaded handgun, and $434.00 cash, Strouse said.

According to Jeffries, the street value for the drugs is a little more than $8,000.

Cole has remained in the Clinton County Correctional Facility on $250,000 bail since her arrest.