A woman smiles as she takes a ride on a carousel in the Montmartre district of Paris Friday, Aug. 9, 2019. (AP Photo/Lewis Joly)

FILE – In this Jan. 7, 2008, file photo, Thirty Meter Telescope Project Scientist Jerry Nelson, left, and Telescope Optics Group Leader Eric Williams, third from left, inspect a 500 pound glass blank as it is removed from packing by Dave Hilyard, Chief Optician at University of California, right, and Brian Dupraw at the UC Observatory Optical Lab at the University of California at Santa Cruz, Calif. Astronomers across 11 observatories on HawaiiÕs tallest mountain Mauna Kea have cancelled more than 2,000 hours of telescope viewing over the past four weeks because a protest blocked a road to the summit. Astronomers said Friday, Aug. 9, 2019, they will attempt to resume observations but in some cases wonÕt be able to make up the missed research. (AP Photo/Ben Margot, File)

CHRIS MORELLI/THE EXPRESS Bellefonte head track and field coach Seth Miller checks out one of the jumping pits at the new Rogers Stadium. For the first time in Miller’s tenure as head coach, the Red Raiders will have home track and field meets. 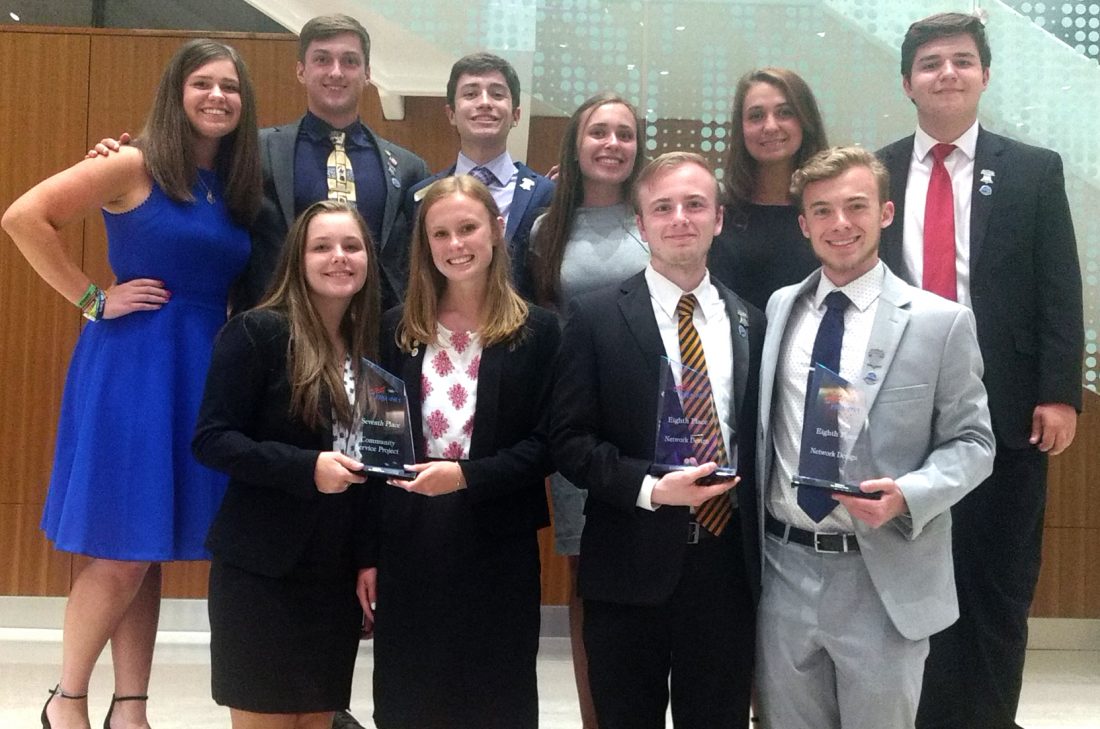 JERSEY SHORE–More than 9,500 of America’s best and brightest high school students traveled to San Antonio, Texas to “Create, Lead, and Inspire,” as they competed with top future business leaders, showcased their talents, and expanded their networks in more than 70 business and technology related competitive events.

Four of the local students received national recognition at the FBLA Awards of Excellence Program held during the FBLA National Leadership Conference.

The team of Annalise Eiswerth and Stephanie Steinbacher placed seventh in the Community Service Project event which represented the community-wide and district-wide #weSHOREcare Food Drive. The team previously placed first in the state in order to advance to nationals.

Both Annalise and Stephanie completed the Lead2Feed National Leadership Program and entered the weSHOREcare project into the National Lead2Feed Challenge and won an additional $500 for The New Love Center in Jersey Shore. Lead2Feed recognized the team for the outstanding accomplishments of collecting 7,308 donated food items accumulating over 450 community service hours for the chapter members. 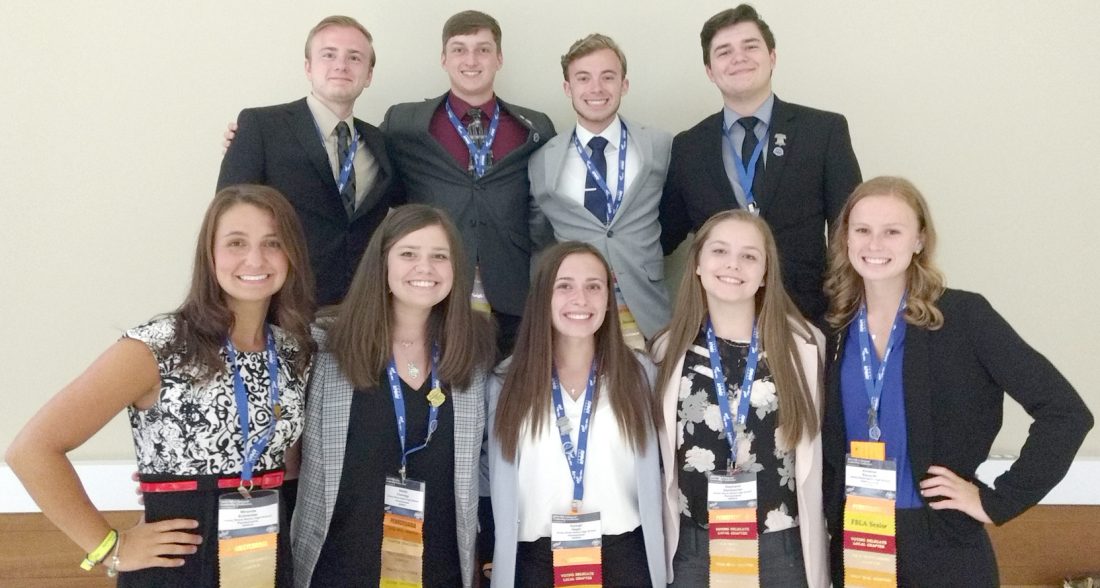 After Nationals, Annalise reflected on her experience by stating, “The NLC was an amazing experience from touring the city, to meeting students from across the country, to competing in our events on the national level. I am so happy I was able to attend.” Annalise also competed in the interview event, Future Business Leader, after previously placing first in the state for this event. Stephanie Steinbacher said she “had an amazing time in San Antonio and met people from all over the world. She also learned how to line dance, which had been on her bucket list for a long time.”

The Network Design team of Austin Barnes and Quinn Henry placed eighth in the nation. This team started off the conference by taking a collaborative written exam on networking and security concepts. They had to place in the top 16 of the nation in order to advance to the final round. During the final round, the team received a case study on designing a network for a business. In 20 minutes, the team had to design a plan that would best meet the networking needs of that business. This event required every team member to speak during the seven-minute presentation to the judges, followed by a question and answer period. This team previously placed third in the state in order to advance to the national conference.

The remaining competitors from Jersey Shore FBLA were: Kyleigh Hager in Public Speaking; Hunter Smith in Business Law, and the team of Natalie Charnego and Miranda Schneider in the Graphic Design event.

The awards Jersey Shore FBLA received were part of a comprehensive national competitive events program sponsored by FBLA-PBL that recognizes and rewards excellence in a broad range of business and career-related areas. For many students, the competitive events are the capstone activity of their academic careers. In addition to competitions, students immersed themselves in interactive workshops, visited an information-packed exhibit hall, and heard from motivational speakers on a broad range of business topics.

In addition to the awards program, the Jersey Shore FBLA adviser, Dolly Oden, was also recognized in the Opening Session during the Parade of States as the PA FBLA Adviser of the Year. This award was based upon the adviser’s contributions and the chapter’s participation in FBLA events on a local, state, and national level. Oden serves on the PA FBLA Board of Directors and as the Region 7 FBLA treasurer. She recently joined the National Educator Advisory Board for Lead4Change, a national leadership training program for young people.

At the opening session, local business person, Julieanne Steinbacher was recognized as the PA FBLA Business Person of the Year. Steinbacher’s continued support of Jersey Shore FBLA and their members led the chapter to nominate her for this honor. She was selected from several state nominees and was recognized for her outstanding contributions to FBLA. Throughout the years, Mrs. Steinbacher supports the chapter by volunteering as a guest speaker, offers guidance on a variety of projects, provides financial support, coordinates speaking opportunities for students, and provides co-op and intern positions to FBLA members.

While in San Antonio, members had the opportunity to network with members from across the nation, listen to workshop presenters, and explore the city! The JS FBLA delegation dined at La Villita Mexican Restaurant and shopped at the Mercado Straw Market, a historic Mexican shopping center. They visited the historic Buckhorn Saloon and Texas Rangers Museum and toured the Tower of the Americas.

At the conference, members had the opportunity to listen to keynote speaker, coach Sherry Winn. Winn is an in-demand motivational speaker, a two-time Olympian, and a national championship basketball coach, who inspired students with her WIN Philosophy and the WINNER Principles. She is also known for her passion and belief system that all things are possible. Workshops were offered ranging in topic from time management to networking.