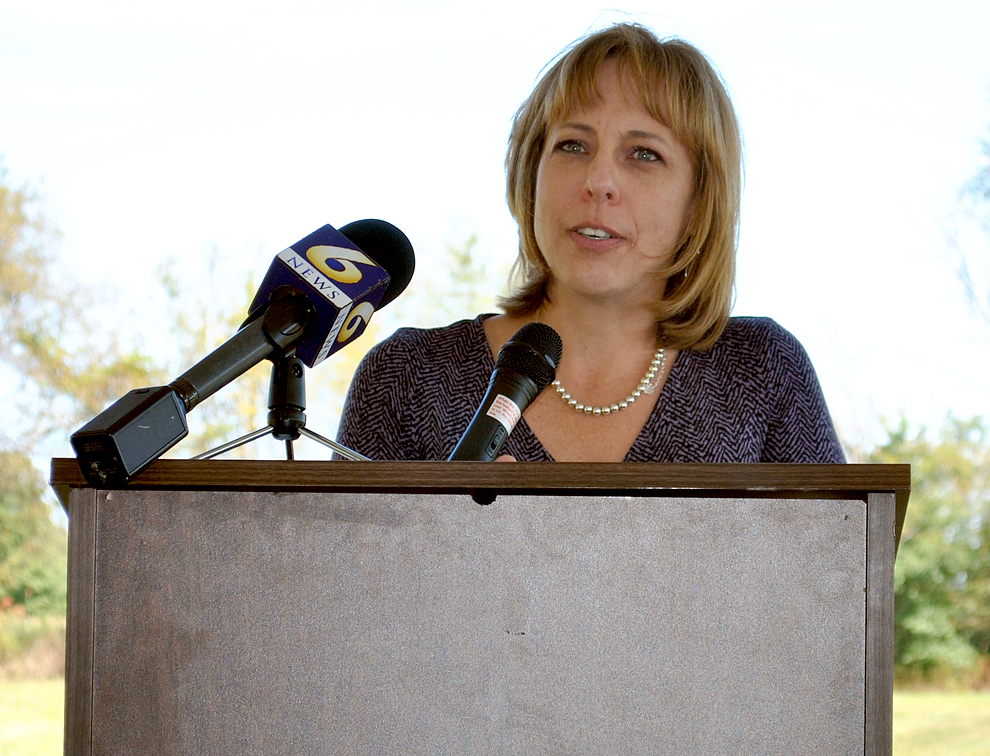 CHRIS MORELLI/THE EXPRESS Denise Brinley, Executive Director of the Governor's Office of Energy, speaks at the Centre Hall Natural Gas Groundbreaking on Thursday afternoon in Centre Hall. Brinley was one of several speakers.

More than 100 people turned out for the event, which featured several guest speakers and other dignitaries. The SEDA-COG Natural Gas Cooperative has partnered with Columbia Gas of Pennsylvania and Hanover Foods to implement construction of a point of departure station to run from a Dominion natural gas transmission line to Centre Hall borough, then on to Hanover Foods.

Estimated cost of the project is a little more than $2.7 million

The project was awarded a $1 million Pipeline Investment Program (PIPE) grant from the State Department of Community and Economic Development. That grant was awarded back in January of 2018. That grant, Kiel said, was key to help fund the construction of the point-of-departure station as the initial connection infrastructure needed to support further build-out by Columbia Gas, which is providing matching funds and services for the grant. 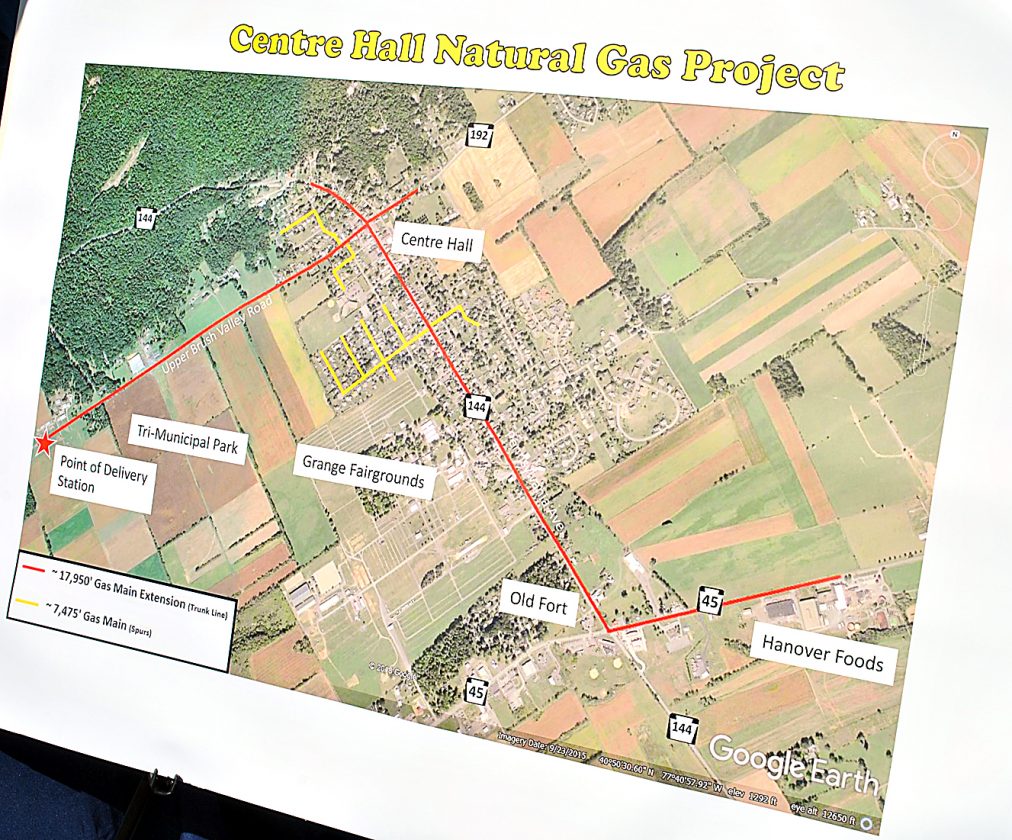 CHRIS MORELLI / THE EXPRESS A picture of the map at the event which depicts the layout of the project.

“There are a couple words that come to mind in terms of how this particular project was conceptualized, and it’s related to capacity and innovation and vision,” said Denise Brinley, Executive Director of the Governor’s Office of Energy. “The way in which SEDA-COG was able to establish a natural gas cooperative … it just isn’t done anywhere else in the state.”

Although Thursday’s groundbreaking ceremony featured shovels and a rather large pile of dirt, it wasn’t the first signs of the project taking place. There are several areas of the borough currently under construction.

Businesses that will benefit from the project in and around the borough include retail, commercial and industrial entities.

Brinley commended those involved for their tireless work in bringing the natural gas project to Centre County.

“This is an area of the state that doesn’t really have very much natural gas service. Getting gas here is a really difficult task and you’ve managed to do it through very innovative means in ways other communities haven’t yet figured out. I see what happening here evolving into what could be a state-wide model,” Brinley said.

Smeltz said that he’s hopeful the Centre Hall project is just the beginning and a sign of things to come for rural Pennsylvania.

“Getting gas to rural PA is no small task. Hardline extension and conditions like we have here in Centre Hall are hard to come by,” Smeltz said. “But we are producing thousands of cubic feet of gas daily to convey to points throughout Pennsylvania.”

The Centre Hall Natural Gas Project is expected to be completed by March of 2020.