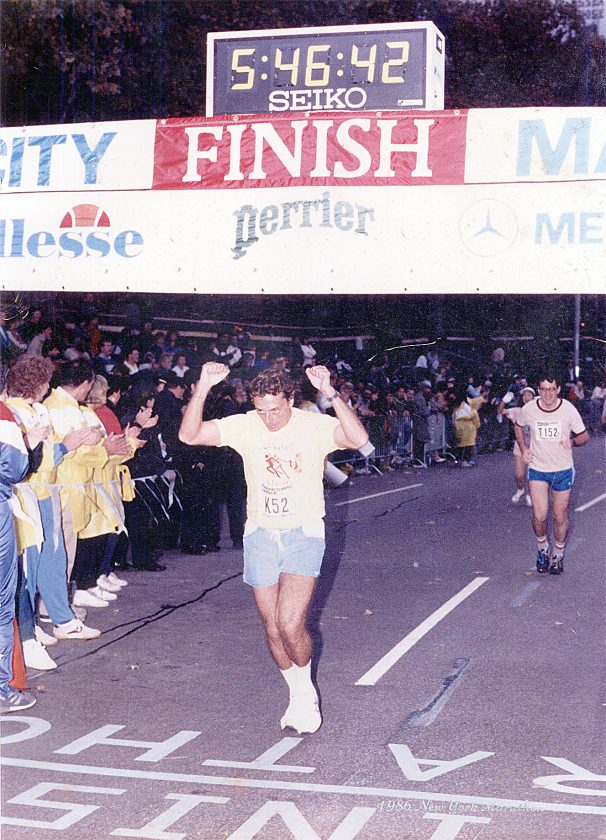 But his sharp memory, sense of humor, determination and New York accent are as strong as ever.

On Nov. 2, 1986, it was Anthony Amatrudo’s desire for self satisfaction that saw him complete the 26.2 mile New York City Marathon.

Now, exactly 33 years later, “New York Tony,” as he calls himself, will be at the starting line of another race and this time he’ll be participating not for his own sense of pride, but rather for his fellow residents of Susque-View.

The “Run for Residents,” Susque-View’s third annual 5K, will be held on Nov. 2, 2019, and Tony will be at the starting line to get the runners on their way. 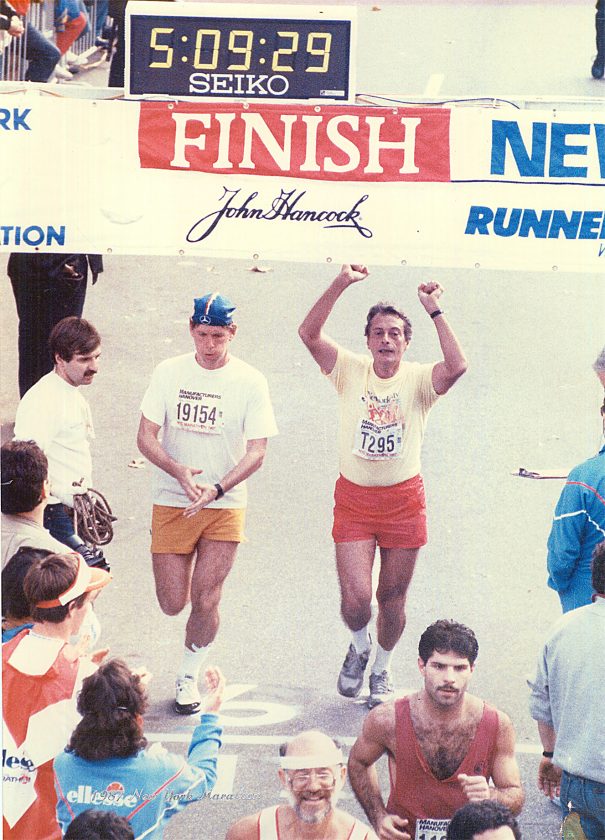 “I can’t believe it,” Tony said of the date for the Susque-View race being the same as the day he ran the New York City Marathon so many years ago.

“It must be a coincidence because he wasn’t here when we started planning this race and set that date,” said Resident Care Management Director Sue Packer, who is organizing the Susque-View event. “I guess you were meant to be here,” she told Tony.

“I’m excited about it,” he said, sitting in his room at the nursing facility and looking at the photographs of himself crossing the finish line at two New York City marathons. His hands are raised, fists clenched in victory.

Oh, he didn’t win either marathon, but he finished and that’s what it was all about for Tony back then.

“I improved my time the second marathon,” he said, pointing to the times on the photos. He completed the first marathon in five hours, 46 minutes and 42 seconds. The next year he shaved about 37 minutes off, coming in at five hours, 9 minutes and 20 seconds.

He was quick to tell one of his stories about that first marathon.

“I could have done better,” he said, explaining that his wife, Elizabeth, and sister-in-law, Ann Marie Cillis, followed along in a car and he stopped about five times to chat with them along the way. He couldn’t help but chuckle.

“It was really exciting. They were in the stands at the finish line in Central Park, too,” he continued.

Over the years, Tony completed two marathons, but on three occasions did a half-marathon and ran many 10ks. He said he trained in Eisenhower Park on Long Island.

The upcoming race will be much different than the Tony’s races as a young man.

Now 83 years old and undergoing cancer treatments, Tony won’t be running in the race, but he’ll be there to start the race, support the racers and share some of his amazing stories about life in New York City with those who attend.

He’s got a remarkable memory as he talks about competing in two New York City Marathons through the five boroughs of New York City, and his visits to Madison Square Garden.

“We went to the fights often. One time I saw Muhammad Ali seated at ringside. Another time John Gotti was there… surrounded by guys in suits on every side. You know, I watched him and he never moved his head, just looked straight ahead at the fight,” Tony said, a smile on his face as he remembered those days growing up in New York.

And he said he went to the same high school as Lew Alcindor, better known as Kareem Abdul-Jabar.

“Oh, he was a great basketball player. We never lost a game while he was there,” Tony said.

Tony said he enjoyed golf and was playing golf on Long Island when news bulletin came over the loud speaker announcing that Elvis Presley was dead.

“I enjoyed Elvis … his music. I saw him several times when we were in Vegas,” Tony said. He noted that he and his wife, who died about six years ago, lived a good life and enjoyed traveling to Vegas, Puerto Rico, the Dominican Republic and other places.

Tony, who served in the U.S. Army, was a chiropractor for 46 years. He said he chose that career after he was in a car accident and suffered pain in his side and down his leg that numerous doctors couldn’t fix.

“My uncle suggested I see a chiropractor. I did and the pain went away. That’s when I signed up for chiropractic school,” he said.

The couple never had children, but Elizabeth had a son, Christopher Tartaglione, who lives in Lock Haven.

And that’s how Tony got here. After his wife died, Christopher came to New York and brought Tony to Lock Haven.

“I was glad to leave New York. I had enough of it,” he said. We won’t mention what Tony said as they drove out of the Big Apple, but it certainly wasn’t complimentary.

As he talked about his wife, he pulled photos of a pretty blonde woman from his wallet. “People always said she looked like she came from Sweden,” he said.

Tony lived with his stepson for awhile and then moved into Kephart Plaza where he made lots of friends. He enjoyed walking and soon found himself at the YMCA on a regular basis and made more friends there.

“I liked it here from the beginning,” he said.

And then the cancer diagnosis led him to Susque-View, and Tony’s very content there, although he laments why with all the exercise and healthy living he contracted such a horrible disease.

But he’s a fighter, that’s for sure.

Asked by Packer to perform his fight song, which he does each time he walks down the hall for treatments, Tony offered little resistance.

With fists clenched and in a punching motion, he began humming the music of “Gonna Fly Now,” the song played in the Rocky movies as Sylvester Stallone walked into the boxing arena all the while practicing jabs.

Tony’s voice became louder, his punches stronger as he continued down the hall, Packer said.

But New York Tony’s determination to reach another finish line is strong as ever.