Where to go from here 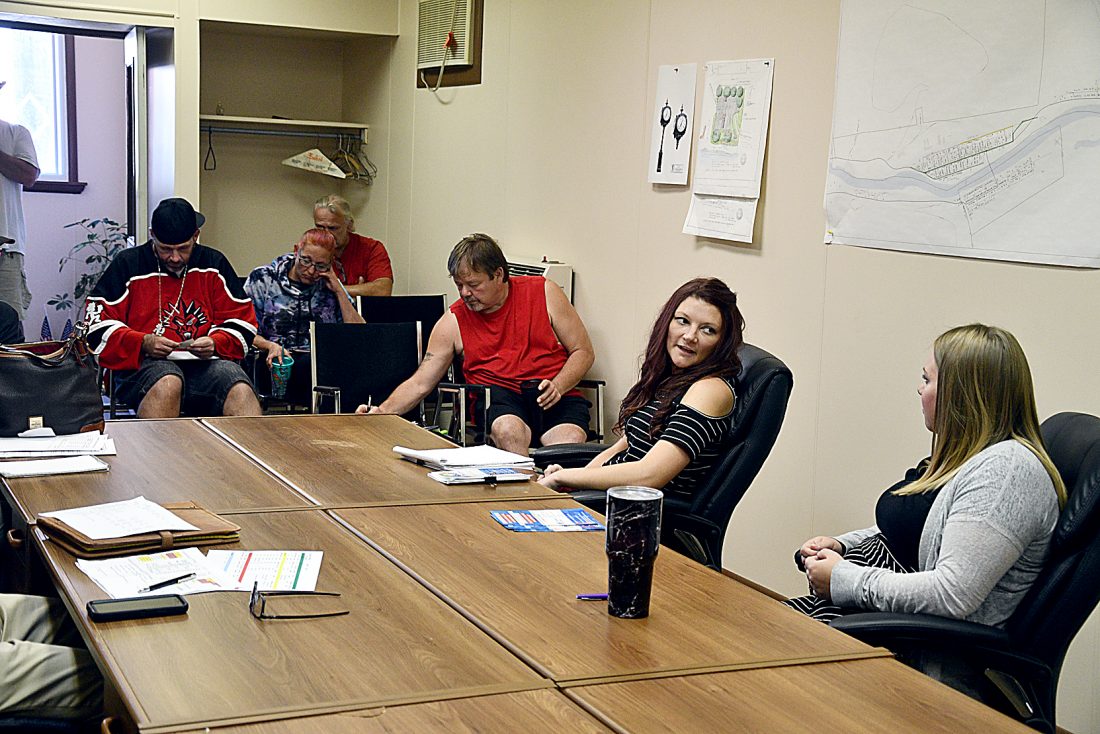 RENOVO — After their homes were posted last week as unsafe and uninhabitable, tenants and property owners of the 14th Street row houses were invited to borough council chambers Wednesday to learn about emergency housing options that may be available to them.

The trio presented options to the tenants, including “rapid re-housing” and “subsized housing.”

The tenants were told that neither of these options is mandatory for anyone to accept, but that they were being offered to those that may need them.

Rich explained that CCHA currently has empty units in both Renovo and Lock Haven. Since the residents would be considered displaced, he said they would also be moved to the top of the list. The public housing option would cost the standard 30% of a resident’s monthly income, he said.

“Rapid re-housing” was explained by Condor, who said this option would provide assistance to those affected on 14th Street who are looking for rentals. The housing coalition in that case would help find a place for them to live, speak with landlords, and likely pay the first month’s rent and security deposit, and then work with individuals on a month by month basis, she said.

Other options included individuals looking for rentals on their own while still receiving assistance from the housing coalition or even working with the county through the Affordable Home Program.

Although the meeting was scheduled to offer potential assistance, the topic often drifted off that subject, as tenants expressed their frustration and unfairness with the situation.

None of those affected by the condemnations conceded defeat.

Several said they had spoken to lawyers and were seeking legal advice. Others said they wish the borough would provide more time, referencing the 20-day deadline to appeal the condemnation.

The meeting was very respectful considering what’s at stake, but emotions occasionally came to the forefront.

Council repeatedly explained that it was not their decision but rather Code Inspection’s findings that it is simply unsafe for people to be living there.

Mayor Tommy Tarantella said, “It’s like if a police officer pulls you over and issues you a citation, the borough didn’t arrest you. Some of you do have well-maintained homes and standing alone by themselves are probably okay. But when the attached homes are falling in, the whole row needs to be condemned”.

One of the row house residents, Tim Teague, started one of the more candid conversations where both he and the borough acknowledged what the other is going through.

“I keep my house nice and I’ve made Renovo my home,” Teague said, “I want my kids to graduate from Bucktail and right now they’re going to school and hearing how bad 14th Street is and coming home to orange eviction notices on our door. How fair is that?” he said.

Teague said that he has sought legal advice, spoken to engineers and will not keep his family in an unsafe house, but he will fight as hard as he can to keep it.

Teague’s demeanor of respect toward council and almost despair, led to a lengthy constructive conversation, including Rich’s offer of the Affordable Home Program. Teague said he was exploring his options with county officials who made the trip to Renovo.

Despite the civil communication on Wednesday between council and 14th Street residents, it still appears to be a contentious road ahead with lawyers involved. Residents asked for an additional meeting with the code inspector, where a bridge of communication could prove a tougher sell.