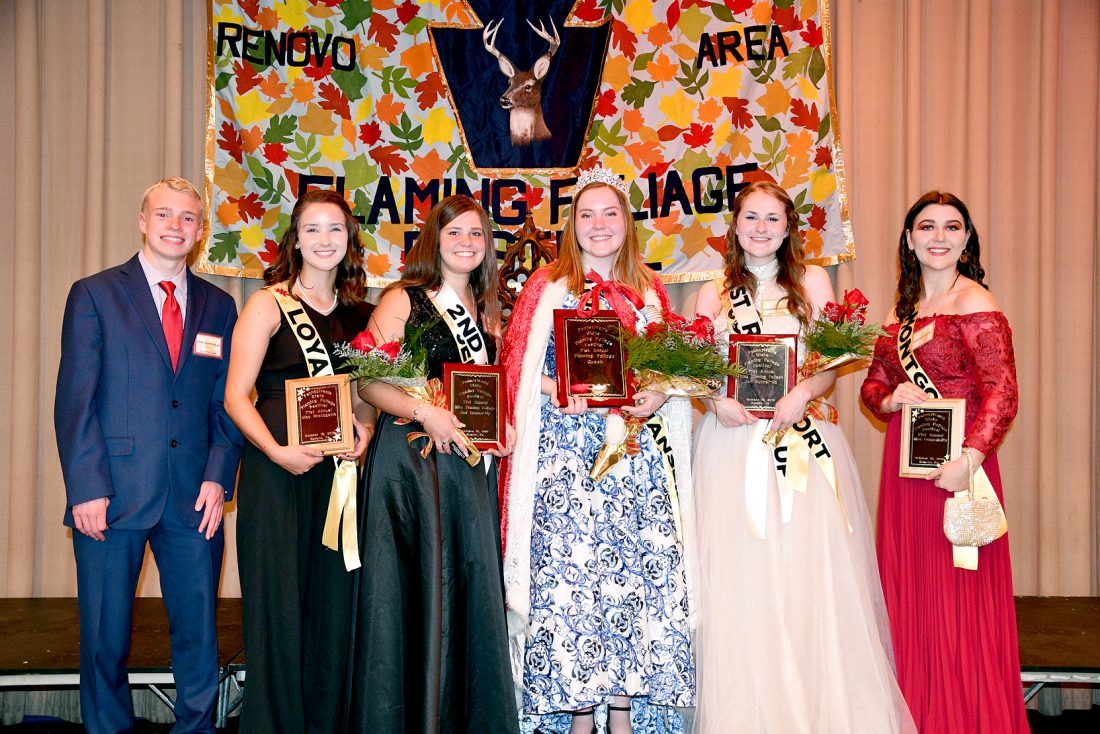 Katheryn Strang is reunited with her toy fox terrier “Dutchess” at Humane Animal Rescue on Friday, Oct. 11, 2019 in Pittsburgh. Humane Animal Rescue says the 14-year-old named Dutchess was found hungry, shivering and in serious need of a nail trim under a shed on Monday. The property owner took the dog to a Humane Animal Rescue location, where veterinarians were able to locate a microchip and trace the dog back to its owners in Boca Raton, Florida. (Steve Mellon/Pittsburgh Post-Gazette via AP)

Jeff Lange/Akron Beacon Journal via AP Tonya Maslar holds an old photograph of her mother Roberta Tandarich taken before her death in 1991 in Ravenna, Ohio. Tandarich’s body was found dumped at Firestone Metro Park in 1991. A sketch of Tandarich drawn by serial killer Samuel Little, who claims Tandarich was one of his many victims, lies in the background.

AP Photo/Jeenah Moon People embrace at the scene of a shooting in the Brooklyn borough of New York on Saturday, Oct. 12.