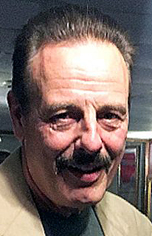 “The Keystone Central School District administrators recently suspended the boys varsity basketball coach at Bucktail High School. The investigation is multi-faceted and ongoing. KCSD anticipates the receipt of further information to help guide the ultimate resolution. The coach will remain on suspension until all information is received and reviewed,” Martin wrote.

She declined to comment further on the situation, which has caught the attention of Bucktail students, parents and the community.

Bruno, a former Bucktail High School basketball star, is in his second year as head coach after a coaching career at Milton High School and Penn College.

He was suspended some time after the St. John Neumann game on Jan. 5.

Since then, there has been a lot of talk, much of it coming on social media, questioning the reason for the suspension.

The first was George Kalafut.

“I’m here tonight to address the current coaching situation for boys high school basketball at Bucktail Area High School. Eugene Bruno makes sure they’re (students) are walking the straight and narrow. He makes sure their grades are up. Accusations … which I’m aware that there is more to it than this … made against Mr. Bruno are totally ludicrous.

“For 34 years he was a teacher, a college basketball coach, a health teacher. Him and his wife raised a black child. All different ethnic groups and minorities were allowed at the Bruno household… until he came back to little old Renovo, and somebody got their feelings hurt. Miss Martin, it’s the same people, they got rid of our football coach, certain people didn’t want him. Certain people didn’t want the other basketball coach. There’s a pattern here, and you as a board need to address this.

“Accusations that have come against this man have tainted his name. This is unjust in the first degree, and I hope you aren’t using Mr. Bruno as an example in your decision. There could be repercussions here, so you’d better have your ducks in a row,” Kalafut said.

“It has been a very sad and disappointing week for our schools and our community. I’ve known Gene since he was a high school basketball player and I’ve talked to many people this week that have been former athletes of his, and have been coworkers of his, and especially people in the community and all of them truly believe that he would never do anything detrimental to anyone’s character. He has impacted lives in so many ways.

“I just felt the need to come here and speak about his character and just let everybody know that he is very respected and somebody that all of us look up to, and I just wish that things were different,” Sykes said.

There was no comment from board members and Bruno’s name was not included in any personnel or athletic votes taken at the meeting.