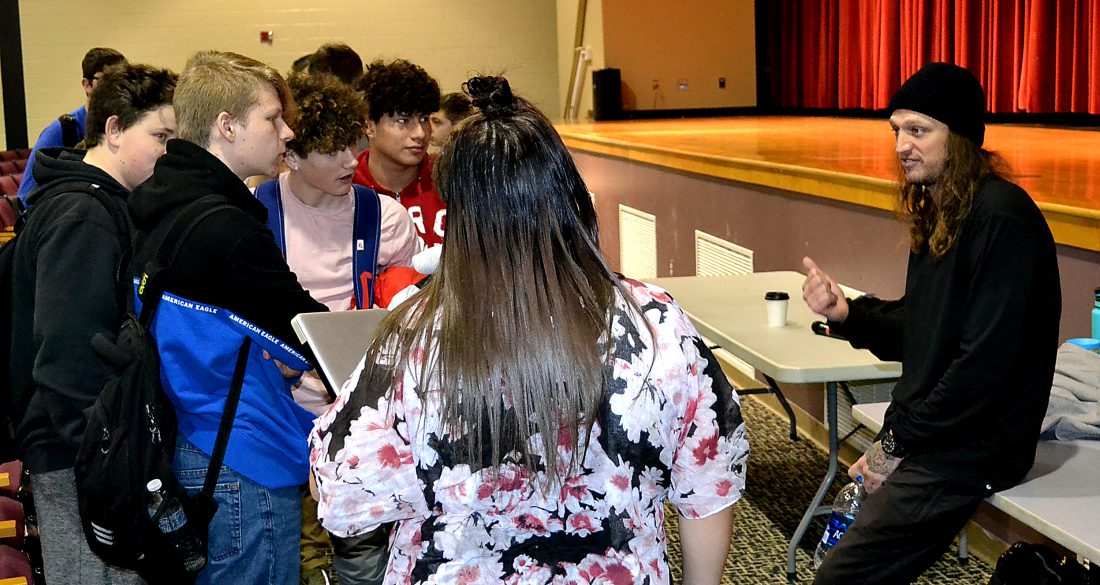 While he doesn’t consider himself a motivational speaker, Smith travels to schools and businesses all over the country to encourage people to change the culture of their environment.

Growing up in Rapid City, S.D. with an affinity for skateboarding and the Teenage Mutant Ninja Turtles, Smith moved to Nebraska at the end of his seventh grade year where he struggled to relate to many of his new classmates and peers.

His sophomore year, which he described as a time when he became really cocky and arrogant, he ended up in trouble being sent to in-school suspension for 30 consecutive days. After a time of being a teacher’s aid to set himself straight, Smith had a life changing conversation with his football coach where he told him, “Helping people happens when no one else is looking.” This pointed Smith in the right direction to begin helping others for their sake rather than to make him feel good about himself.

With more guidance from his college basketball coach, he began helping the homeless by donating food and socks for the duration of his time in college. This has carried over into Smith’s adult life as he became the co-founder of two non-profit organizations. These non-profits include Rabble Mill, which works to end generational poverty one young person at a time and Find Your Grind, which is a career education platform for schools that connects students to the jobs and lifestyles of the 21st century.

The students at the middle school have recently been immersing themselves in much of his content. His book “Legacy vs. Likes,” which he co-wrote with Andrew Norman, is currently being read by the sixth grade classes. The book focuses on the importance of living a purposeful and intentional life that celebrates and serves others. The rest of the school has been using his reality-based video series “The Harbor,” to lead class discussions on character building and leadership.

Smith closed the assembly with one of his personal mottos, “Speak for the silent, stand for the broken,” and asked the students which one of the three types of people in this world will they become: Someone who wishes, someone who talks or someone who does.

To learn more about Smith and all that he does, you can find out more at www.mikesmithlive.com.