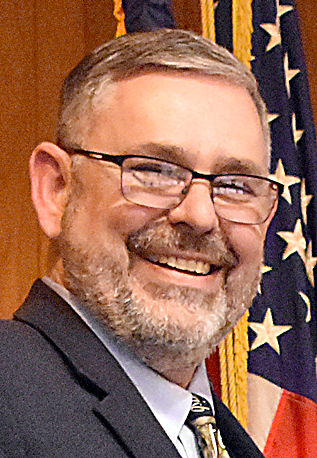 HARRISBURG — State Representative Cris Dush (R-66) announced he is seeking the nod from constituents of Senate District 25 in the wake of Senator Joe Scarnati’s announced retirement from the Pennsylvania Senate at the end of his 5th term in office.

The 25th Senatorial District, which includes Cameron, Clinton, Elk, Jefferson, McKean, Potter and Tioga Counties and portions of Clearfield County is the largest in the Commonwealth.

“Today I am announcing that I will be seeking the honor to serve as Senator for the 25th Senatorial District. I had informed Senator Scarnati that while I had a strong desire to ask the people of his district for the honor of that seat I would not run against him. His announcement yesterday clears the way for me pursue the opportunity to do what I’ve felt called to do,” Dush said Thursday in a prepared release.

“It is my hope to continue my fight to restore the legislative sovereignty over the writing of laws rather than the executive and judicial branches doing it by regulation and fiat rulings. I will continue the fight to protect our timber, farming, manufacturing, oil and gas industries. The work I’ve been doing to reduce unfunded mandates on schools, industry, local and county governments will also have a greater weight in a venue where I’m one of 50 rather than one of 203.

“The work I have been doing with House members to uncover wasteful and unaccountable spending will also remain a key component of my work for my constituents and the Commonwealth.

“The people who’ve come along side of me in my family, my community, my House District and the State House have truly blessed me. Those from around the Commonwealth who’ve come along side of me to support the campaign for Auditor General have been amazing. I want to thank all of them for the work they have done. Had the way had been clear from the beginning of this year I would not have had the opportunity to meet so many good people from across the state on such a short notice. I’m hoping they do not feel the work they did was wasted. Their involvement in the process is important and will remain so as long as our republic survives. They deserve much respect and thanks from their neighbors.

“From this time forward I will be working diligently to let the people of the 25th Senatorial District know why the people of the 66th House District have been supporting me so strongly. We are rural Pennsylvania. We have common sense out here. We are honest, hard working and frugal people who expect the same from the people we hire as public servants and I intend to continue the fight for those values.”