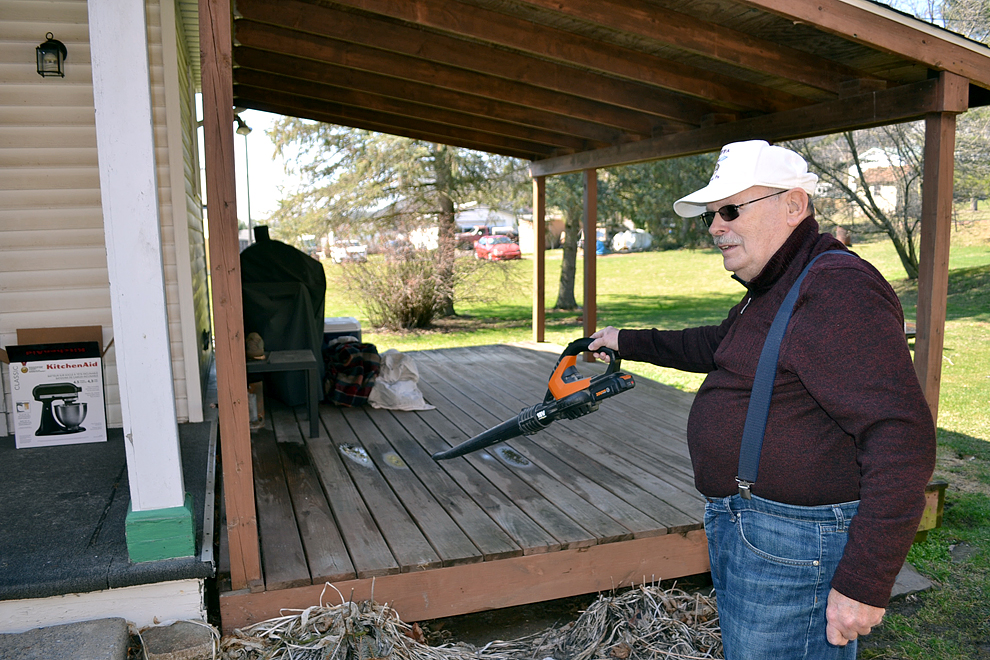 LOGANTON — When a Loganton man opened his back door to leave the dog out early Thursday morning, he heard a noise and saw blood on the porch.

It was still dark outside and he thought it was an injured animal taking shelter beneath his dog’s blankets.

He called his wife to come outside and minutes later the couple discovered something they will never forget beneath those blankets.

It was a newborn baby boy… and he was alive.

The couple, who prefer to remain anonymous, immediately took the baby inside their home and dialed 911.

An ambulance was there quickly as the Sugar Valley Fire Company is just a block away.

And state police from Lamar arrived soon after, the wife said, estimating the time at just after 5 a.m.

Asked about the baby, she said she’s been told that he’s a healthy seven-pound boy who is doing just fine.

But what about the mother?

As off press time Thursday, there was no news of the woman whose bloody footprints led to an area about a block away on North Street where signs of childbirth were evident on the pavement.

It appears the mother was barefoot and walked down the street into the backyard of the home on West Main Street, placed the baby on the couple’s porch and covered him with the dog blankets.

Her footprints then took her to the concrete stoop at the side door of St. Paul’s Evangelical Church next door and then disappeared in the grass.

Dennis Schrack, church organist, who lives across the street from the church, said he went to the scene when he saw state troopers outside at about 6:30 a.m.

“There was blood on a paper that was attached to the door telling people the church was closed, and here on the step,” Schrack said, showing where the paper was taped to the door.

“And the baby was laying right here,” he continued, pointing to the area on the couple’s back porch where the child was found.

Late Thursday afternoon Sgt. Andrew Peters said they were following up on a lead and asked anyone with information regarding this incident to call PSP at 570-726-6000.