PHILIP A. HOLMES Special from the Sun-Gazette

PHILIP A. HOLMES/SUN-GAZETTE Facing the front of ManorCare in Jersey Shore, an estimated 70 people attended a prayer vigil Wednesday night, offering prayers for the nursing home’s residents and staff. The home has been plagued by COVID-19, which has killed more than a dozen residents and stricken more than 70 other residents as well as several employees in recent weeks.

JERSEY SHORE — They came together to pray and to sing religious songs, some raising their arms to an Almighty God. Some cried, a few shared a hug.

They all gathered, about 70, outside ManorCare on Thompson Street on Wednesday night to show their support to the nursing home’s residents and staff.

“A lot of them (the residents) are scared and feel alone. We’re here to let them know that they are not alone and that God loves them,” Pastor Charlie Winkelman of the Jersey Shore Presbyterian Church told a reporter.

He and three other members of his church, all wearing masks, held up a large sign facing the nursing home that read “God loves you — We love you and are praying for you.”

A handful of residents waved from the first floor windows.

ManorCare has become the hotspot in Lycoming County for the coronavirus.

More than 70 of its 83 residents have been stricken with the virus and another 14 have died from it, according to county officials.

More than a dozen staff members also are recovering from the virus, also known as COVID-19.

“We hope tonight’s vigil will bring God’s blessing and healing on this place,” one man in the crowd said. He declined to give his name.

“I’m having a hard time not crying,” the man’s wife said as she wrestled with her emotions.

“I just can’t imagine not being allowed to go in and see (a loved one),” she said.

Since mid-March, visitors have been barred from nursing homes and other similar facilities throughout the state because of COVID-19.

Also fighting back tears was Crystal Merryman, one of the organizers of the prayer vigil. She has a relative in ManorCare who is fighting the virus.

“It’s sad not to be able to see him, to be around him. We are here just to cover all the residents and staff in prayer and let them know that we’re here,” Merryman said.

Helping lead the group in song was Miriam Fisher as she played a guitar.

Another participant in the vigil was Robert Parish, pastor of the Mountain View Alliance Church in the borough.

“We’re here to pray for the residents and the staff, and assure them that we love you, that we care about you, and that God is most definitely involved,” he said.

“We will pray for those who are afflicted,” Parish said, adding that one resident as one employee are members of his church.

BELLEFONTE — Several Centre County police departments have issued statements in the wake of the murder of George ... 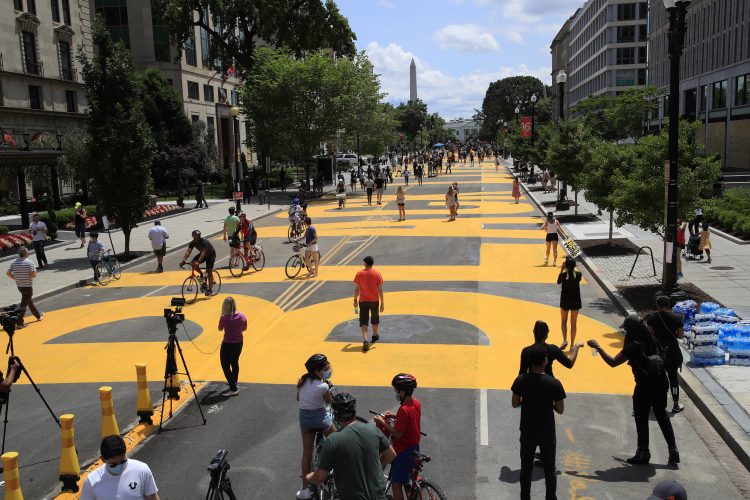