AP Photo/Patrick Semansky People walk past American flags flying at half-staff at the Washington Monument, Friday, May 22, in Washington.

Sean McKeag/The Citizens’ Voice via AP Family members of Nora Derhammer hold a parade outside of Meadows Nursing & Rehabilitation Center in Dallas, Pa., to celebrate her 102nd birthday, Thursday, May 21.

LAURA JAMESON / THE EXPRESS JoAnn Bowes holds a flower before planting it near the Civil War Monument on Wednesday afternoon. 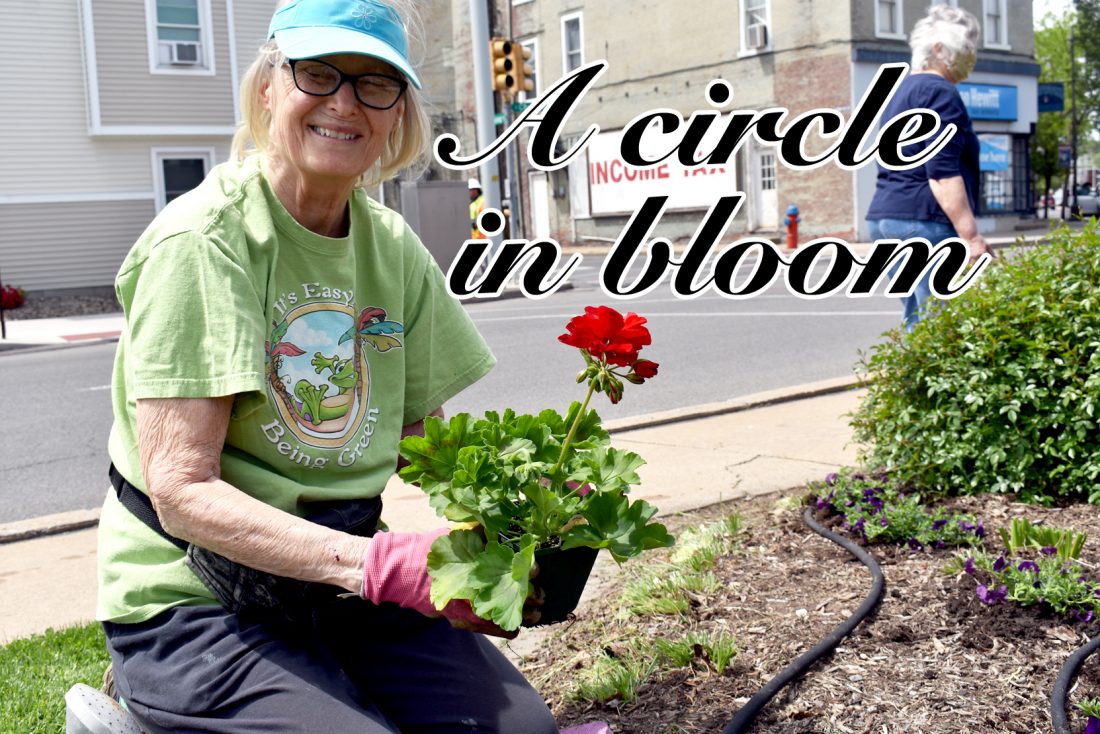 LAURA JAMESON / THE EXPRESS JoAnn Bowes holds a flower before planting it near the Civil War Monument on Wednesday afternoon.

LOCK HAVEN — In December 1960 several women in the Swissdale area met at the home of Helen Shuman to form what would become the seventh garden club in the Lock Haven area.

Garden clubs had been around since the 1930s and since clubs met in members’ homes, the membership of each club was limited. Since the six existing clubs had reached their maximum membership, the Swissdale ladies had no choice but to form a new club.

The Dogwood Circle Garden Club was established with 11 members and it was agreed they would meet the first Wednesday of each month; a meeting date that remains to this day.

Of the original 11 members, four had the last name of Glossner including Mrs. Ruth Glossner and her daughter Marion. Since Mrs. Glossner did not drive her daughter was her chauffeur to meetings. Marion decided she may as well join the club and was elected the first secretary of the Dogwood Circle Garden Club. Marion has served as an officer or committee chair and has been deeply involved in the club for the last 60 years. 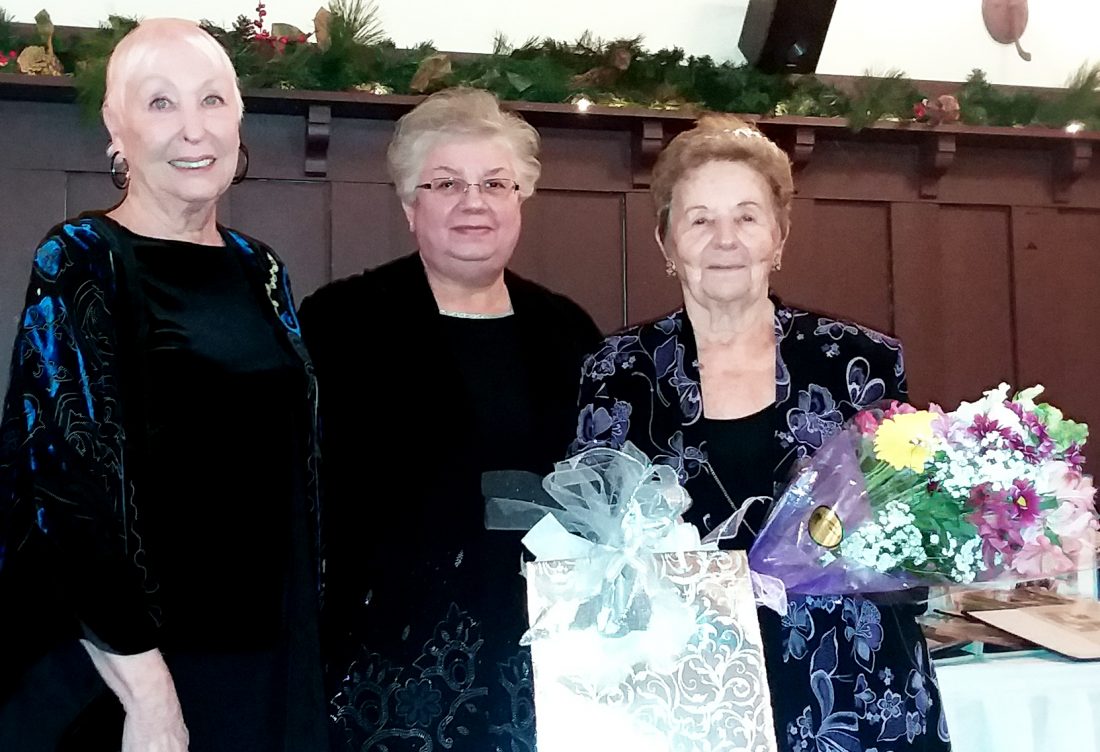 PHOTO PROVIDED From left are Lynda Carey, vice pesident; Judy Walker, a member of the celebratory committee, and Marion Hoffman, who has been involved in the organization for 60 years.

Marion was recently recognized as the only remaining charter member of the club at a dinner that highlighted the 60th year of the club and its contributions to the community.

Dogwood Circle members have been gardening for the community almost from the beginning. In 1967, in conjunction with the other clubs, flower planting was first done at the Civil War Monument.

Other areas Dogwood has planted and cared for are the Triangle at West Water and Main streets, the YMCA building and the area across from the post office. The members carried water from the Post Office or Town Tavern and sometimes the fire companies were called in to spray the gardens in severe weather to keep the flowers flourishing. Dogwood Circle is grateful to the city for putting in water lines at the monument and gardens across from the post office.

Juried flower shows, purchasing books for the Ross Library, participating in Christmas bazaars, decorating the Heisey House Museum and the lobby of Lock Haven Hospital at Christmas, sponsoring speakers on gardening topics and opening their membership to male gardeners are some of their achievements over the years.

The Dogwood Circle members appreciate the “thank you” comments and horn toots as people go by while they are planting, weeding, watering or just admiring the flowers. They hope to do this for the community for years to come. 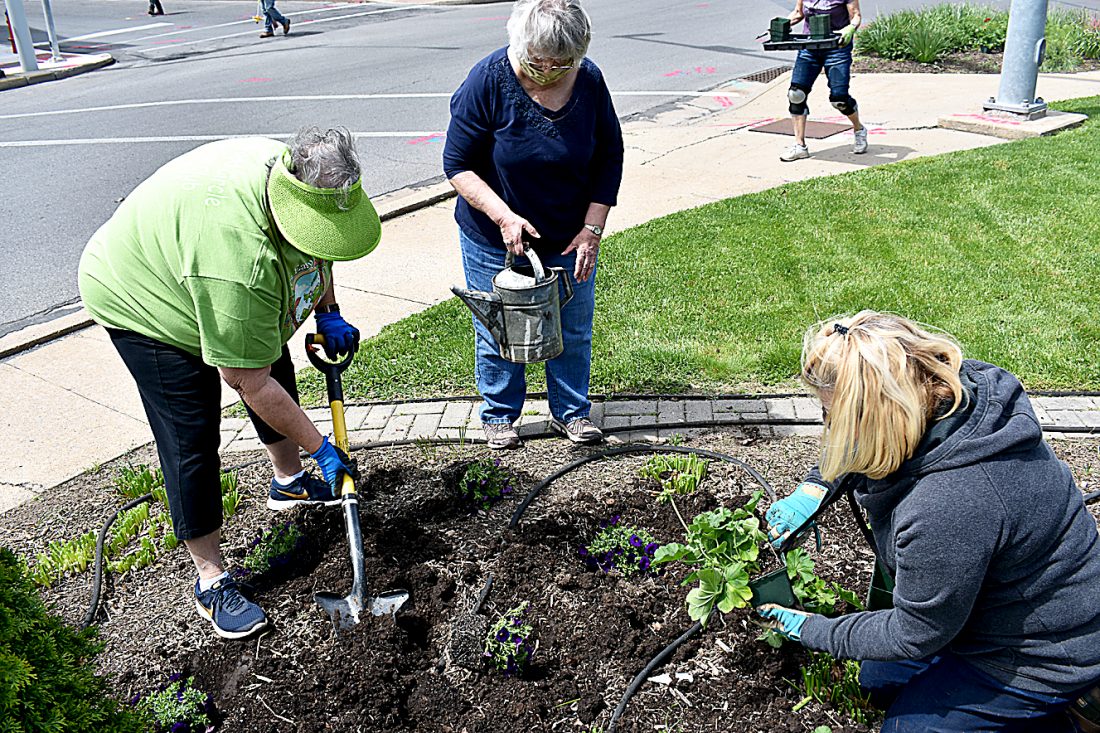 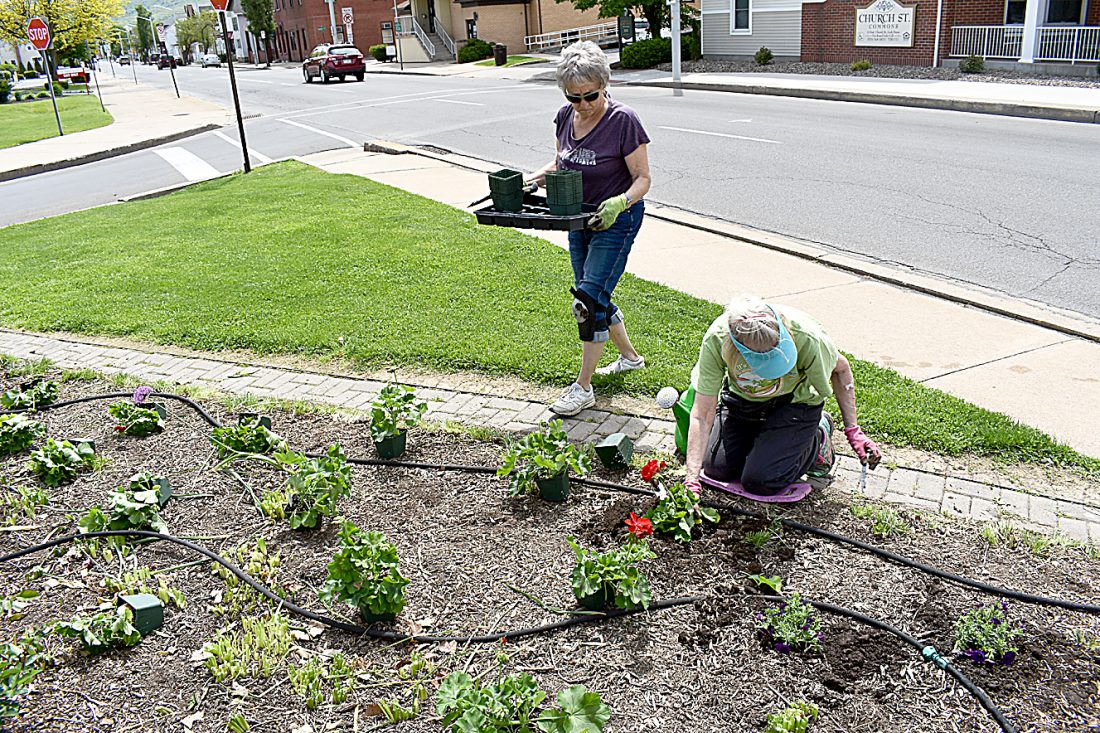